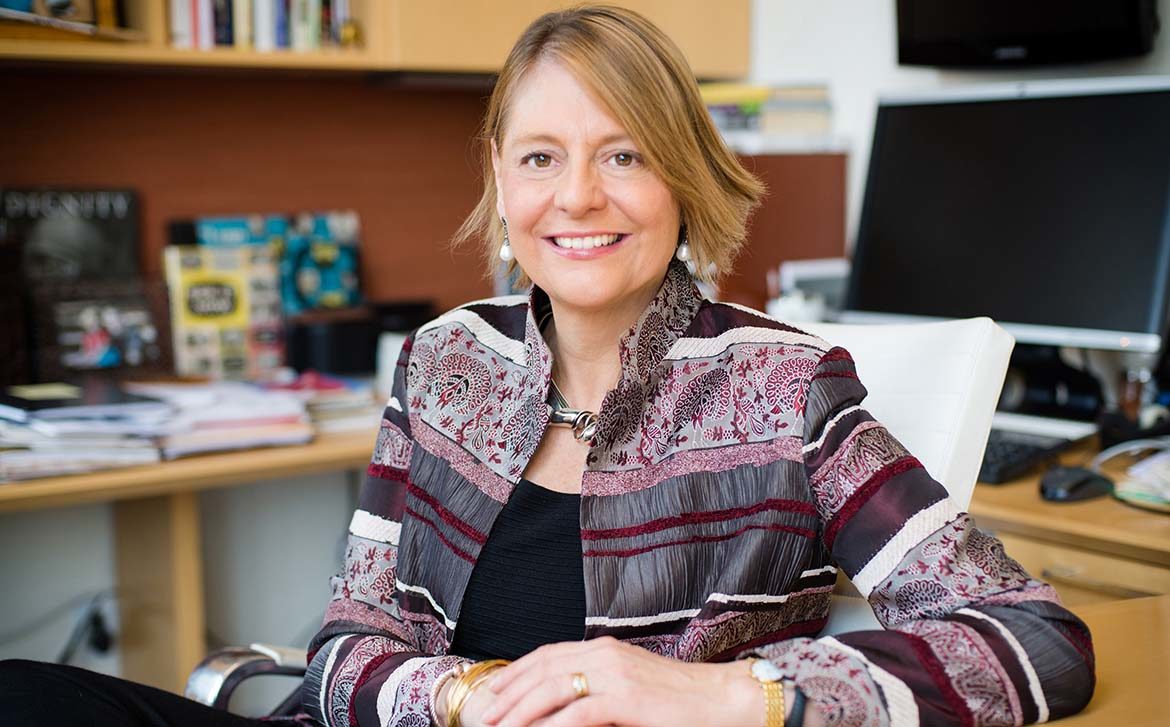 Without a doubt, Laura Walker is one of the most accomplished visionaries in the history of public radio.

When she arrived at WNYC in 1996, the newsroom had three employees. Laura took over a sleepy, hybrid-format station that had been owned by the city of New York and built the regional and national public media empire now known as New York Public Radio. It includes classical WQXR, New Jersey Public Radio and, most recently, the local news site Gothamist. NYPR’s newsroom now employs more than 70 journalists.

Beyond the impressive metrics of exponential growth, WNYC has led the public radio system by creating and sustaining innovative content. During Laura’s tenure, the station introduced such groundbreaking national shows as Radiolab and On the Media, and partnered with PRI on The Takeaway and NPR on Ask Me Another. NYPR forged successful audio collaborations with The New Yorker, ProPublica and The Nation. The station was a pioneer on the community engagement front with its Green Space, a vibrant street-level events venue. Perhaps Laura’s most important legacy is her leadership in the burgeoning world of podcasting, creating chart-topping podcasts such as Death, Sex & Money, and the popular women’s podcasting festival, “Werk It.”

Laura departed from NYPR in March after a year of turmoil. Three star hosts of WNYC were felled by the #MeToo movement in late 2017, and Walker and her leadership team came under fire for tolerating abusive and discriminatory behavior and allowing a hostile workplace culture to persist. Laura accepted responsibility and apologized for the misconduct that happened on her watch.

An outside law firm’s investigation later found no evidence of systemic discrimination by senior managers. The firm’s report, which Laura herself criticized for being too narrow, also endorsed the internal reforms she had introduced to restore employees’ trust.

The failure to protect employees may have tarnished Laura’s reputation as a leading advocate for women and diversity and inclusion in public media. But it cannot erase the irrefutable fact that Laura Walker has had a transformative impact on public radio and on the lives of millions of New Yorkers.

Here is her Exit Interview.

When I was a kid, I would get up early in the morning to spend time with my Dad before he went to work, and he’d always have the radio on. He listened to a jazz radio station named WRVR which broadcast out of Riverside Church in NYC. When I got to college, one of the first things I did was to sign up for a shift at the college radio station.

Of course, as a freshman I was assigned to the least desirable slot: 6am-10am on Sunday mornings. But I loved it because I could play whatever classical music I wanted to learn. I discovered Bartok and Carmina Burana and all of the Beethoven string quartets.

When I decided to take time off during college and move to Boston with friends, WGBH was really the only place where I wanted to work. The financial aid package I had from my college meant I would get paid to intern full time at WGBH. I did a series of news reports about the protests at the Boston City jail with a tough, empathetic and innovative editor, and I worked on the live classical music program.

What do you consider your single most important accomplishment at the organization you are now leaving?

I think it was to transform WNYC from a local broadcaster into a local and national, multiplatform production powerhouse that attracts extraordinarily talented people and creates programs that define the agenda in New York and New Jersey.

I’m thinking of The Brian Lehrer Show, All of It, New Sounds and the award-winning news department. As well as national shows and podcasts including Radiolab; On the Media; The New Yorker Radio Hour; Death, Sex & Money. It is the people who produce and host these programs that I am most proud of.

I am going to cheat and tell you one more: I am proud of how quickly and boldly NYPR moved to acquire WQXR from the New York Times in a creative three-way partnership. Trustees on our Board, which was then chaired by Herb Scannell (who is now CEO of KPCC in Pasadena), were phenomenal partners to save classical music on the New York airwaves.

I am so proud of the magnificent team at WQXR, which is now exploring exciting ways to bring classical music to a wider audience on digital platforms.

I was chairing Station Resource Group during an annual retreat in Los Angeles. We were talking about the state of relationships in public radio. Someone declared, “It’s a shitshow!“ and I said, “On that note, let’s go to dinner!”

I went across the street to get my car out of the parking lot so I could drive colleagues to dinner. The entire car was covered with bird poop.

Charlie Kravetz, GM of WBUR in Boston, and I laughed so hard I could barely drive. The car became a symbol of what we had to clean up in public radio!

What’s the No. 1 piece of advice or key message you have for people entering public media today?

Meeting mission and achieving deep and broad impact are not warring principles. Success in public media comes when you do both.

One, it can get lonely as a CEO. I have found it so helpful to reach out to chief executives of other cultural and public media organizations and meet with them individually, sometimes over dinner or drinks.

Second, I had raised a lot of money from foundations and corporate sponsors before becoming a CEO, but I had never raised money from individuals. I found that I wasn’t very good at it. Then a board member told me that, for her, it was such a great privilege and honor to help public radio grow. She said NYPR was giving her a gift by asking her for an investment because it helped her find a way to express her own values and passion.

That understanding of the impact that philanthropy can have on the giver has guided me ever since.

What is your biggest regret?

NYPR has an extremely talented newsroom of radio reporters and has recently acquired the Gothamist, but I regret that we didn’t have the resources to more fully fill the void in local news left by the collapse of so many newspapers.

Public radio should invest more systematically in local newsgathering and storytelling across platforms — digital first, audio, video, social and in real life — to tell the stories of our communities, to examine the tectonic shifts that are happening in our society, to hold government officials accountable, and — perhaps most importantly — to give people a voice so they can take responsibility as active participants in our democracy.

Innovative and bold leadership is needed to reimagine the way local news is delivered and to take full advantage of the national/local strengths of public radio so that the whole becomes greater than the sum of the parts.