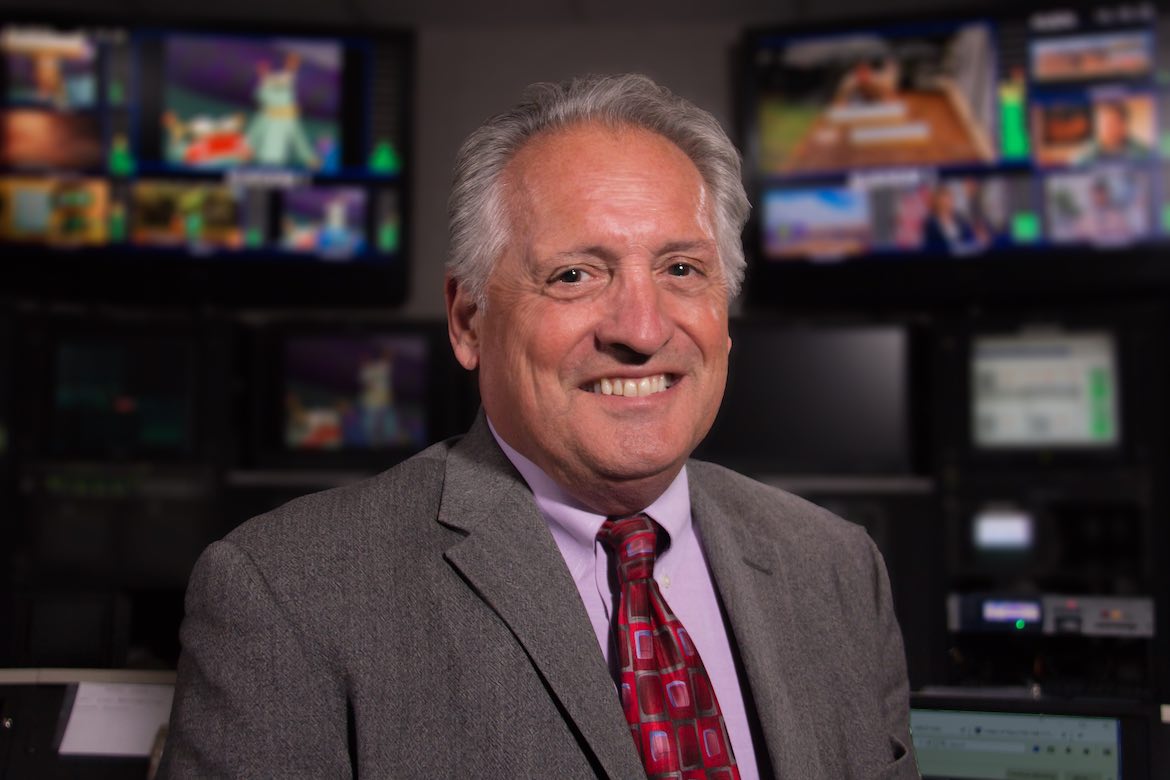 James Morgese has given public media nearly 40 years of his life. And he plans on giving more.

As he prepares to leave his perch as GM of PBS Utah this month, he intends to join the ranks of public media executives transitioning into retirement with a side of consulting.

Morgese has led a bunch of stations, from Rocky Mountain PBS and Idaho Public TV to WUFT in Gainesville, Fla., and WKYU in Bowling Green, Ky. During his time at the helm of the Salt Lake City station, previously known as KUED, Morgese launched local productions, including The Hinkley Report, a public affairs and politics roundtable, and This is Utah, a sense-of-place program that celebrates the state’s cultural diversity.

Before he moves on to Seattle (for sailing and grandparenting), he participated in an Exit Interview, Current’s series of debriefs with longtime station leaders upon retirement.

My high school English teacher allowed me to do a Super 8 film instead of a term paper. It was a terrible piece of work with no script and amateurish technique.

The TV bug bit me. I went to the University of Denver, majored in Mass Communications and started my career in commercial TV production and engineering. After a few years, including a stint at NBC in New York, I pondered what was “coming out of the pipe” every day and discussed public television with someone at KAET in Phoenix. I followed her advice and went back to school for a master’s degree.

From there, I was pretty much a public TV migrant worker in Kentucky, Idaho, Florida, Colorado, and then Utah. I came to learn the importance of public TV, and it became more of a calling than a career.

What do you think is your most important accomplishment at PBS Utah?

Our business is full of twists and turns that come at a rapid pace. Reading the tea leaves and planning for the future has been so important at PBS Utah. We succeeded in staying slightly ahead of the curve and were ready for industry developments.

Planning and follow-through make the job of leading an organization easier because everyone knows what to do and where we are going.

What advice do you have for those entering the business?

Respect the core mission, vision and values that got us to this point over time. Learn them, value them and use them to guide you through your work. We have created something special as public media, and there are reasons why it all works.

What do you wish you knew or understood before becoming a public media executive?

Public media is much more powerful than I first thought to change lives, culture and society. There is sometimes an overwhelming sense of responsibility to the staff. In a fluid financial environment, staff depend on us to make good business decisions, because they’re affected and so are their families.

Even more powerful is the responsibility to the audience and community to provide truthful, balanced content. The audience looks at public broadcasting with higher expectations than other media. You hear it when you let them down. It’s a responsibility that is quite sobering, and one that has always weighed heavy on me.

What is the hardest thing you tried to do and perhaps failed at? What did you learn from that experience?

The hardest thing is to become entrepreneurial and diversify income sources in a nonprofit environment. Nonprofit managers are not inherently accustomed to the risks and failures that come with innovation. Failure is difficult to accept, and it takes a good deal of money to discover a winning entrepreneurial solution.

Proceed with caution, do your homework and learn to accept failure frequently.

Public media is to broadcasting as a helicopter is to aviation; it shouldn’t really fly, but it does.

We give our product away for free and then ask the public to fund us if it so moves them. It works because we have created an emotional bond with our audience. Commercial entities like A&E, the History Channel and The Learning Channel tried to copy our product and failed. They have lacked our formula of mission, vision and values.

If we stick to our principles, we will make it through the future, no matter what it looks like.

We need to cultivate our core values in new people coming up into the public media system and hope that voluntary financial support continues to be fueled by people who believe that we must exist in an ocean of media choices.

Do you think the public media system needs to be restructured?

This public media thing has been working for 60 years! We are the 6th–most-viewed media source among hundreds of choices. We enjoy bipartisan support in Congress. We don’t need a total overhaul because, over time, we have arrived at a model that works quite well in this crowded media environment.

There are always tweaks needed to adapt to the changing media landscape.

We are an association of anarchists, and that makes us effective, functional, creative and competitive.

I am so grateful to have discovered this career. I got to earn a living and make a difference in society, especially now when the truth is under attack. I’ve given public broadcasting more than 40 years and have been fulfilled by work that had a sense of purpose.

I will always be an advocate of public media and hope to continue to have a role in its continued development.