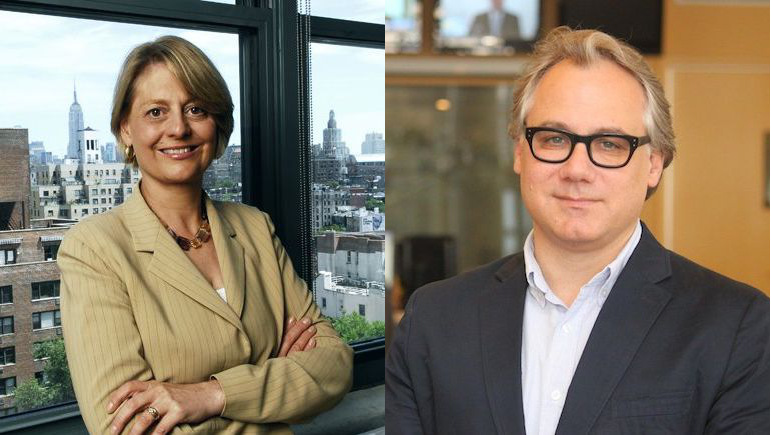 Shaken by reports of harassment and racial bias at WNYC, CEO Laura Walker is doubling down on efforts to repair a workplace culture that employees describe as hostile.

The demotion of content chief Dean Cappello, Walker’s partner in building the New York City station into a premiere source of audio programming for radio and podcast listeners, was one of several management changes Walker announced to staff in late January. Walker carefully characterized Cappello’s new advisory role as “interim,” according to staff who attended a meeting where the changes were discussed.

The reckoning began two months ago after the magazine reported on a seemingly unchecked pattern of hostile behavior and harassment by former Takeaway host John Hockenberrry. Longtime local hosts Leonard Lopate and Jonathan Schwartz were let go soon after for violating standards for “an inclusive, appropriate, and respectful work environment,” according to a WNYC statement.

Now Cappello, who oversaw WNYC News and the podcasting division WNYC Studios, has been moved into an advisory role. Meanwhile, an outside law firm’s investigation of potentially systemic incidents of harassment, racial bias and bullying is underway.

Current and former employees of New York Public Radio — which includes two WNYC stations, classical WQXR, New Jersey Public Radio and a performance space within the pubcaster’s headquarters — have described harassment and bullying they experienced or witnessed on the job. The inappropriate behavior was not confined to the studios where Hockenberry and other veteran hosts presided but also occurred in the newsroom and within different fundraising units, according to staffers who talked with Current.

“This alleged behavior happened on my watch and I take responsibility.” — Laura Walker, NYPR CEO

At its meeting in December, NYPR’s board of trustees announced they were bringing in lawyers from Proskauer Rose for an independent review of how complaints were handled and recommendations for corrective steps. Walker also hired former NPR editor and PBS public editor Madhulika Sikka to examine problems in NYPR’s content division and to look for ways to make decision-making, compensation and advancement more equitable. NYPR began providing anti-harassment training to all staff last month.

At the staff meeting where Walker announced Cappello’s advisory role, she discussed additional steps to build trust with employees. Three people who attended the meeting confirmed details of her remarks. They requested anonymity for fear of repercussions.

During the Jan. 26 staff meeting, Shannon Connelly, a senior VP who oversees NYPR’s music content, told staff that the cultural changes underway will take “six to 12 months,” according to the staffers who talked with Current. 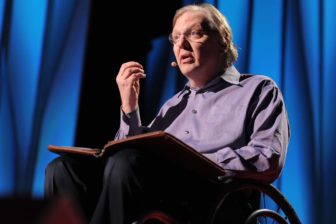 Hockenberry speaks at a 2012 TED Conference.

The magnitude of the cleanup reflects the outcry from New York’s first exposé, which criticized Walker for not acting on complaints about Hockenberry’s behavior by women of color who were his co-hosts. The inappropriate behavior, which was also directed at junior women staff, interns, and a former guest went back to 2008, when The Takeaway began as a morning-drive show.

In an appearance on WNYC’s Brian Lehrer Show after the story broke, Walker acknowledged a failure of leadership.  “I deeply regret that our culture and protocols did not work as they should, such that the full extent of the allegations are just coming to light,” she said. “This alleged behavior happened on my watch and I take responsibility.”

Lehrer pressed Walker on NYPR’s use of nondisclosure agreements in releasing employees. He also asked why Hockenberry, who retired as host in August, was publicly praised and celebrated at his departure. She cited confidentiality and said she had not known “a lot about a lot of those allegations” against Hockenberry.

Walker publicly recognized a connection between harassment within WNYC and the pubcaster’s rapid expansion since she took the helm. At the December NYPR board meeting, she said the organization may have “prioritized growth, and content, and programming over investment in some of the processes and people.”

Under Walker’s leadership since 1995, WNYC has transformed itself from a government-owned, hybrid-format public radio station into an independent public broadcaster and top producer of national programs and podcasts.

It acquired classical WQXR-FM and four public radio stations in New Jersey and aggressively expanded its news operations. In 1995, it employed three newsroom staff, according to NYPR spokesperson Jennifer Houlihan Roussel. Now more than 70 journalists work for the pubcaster.

The station expanded its digital profile, building a portfolio of podcast and new radio titles under WNYC Studios, its production arm.

NYPR stations have a weekly cume of about 1.5 million radio listeners, according to the data provided by the station, up from 1 million in 1995. Membership and development revenue grew to $52.2 million in 2017 from $11.8 million in 1999.

But the pubcaster’s outward success was marred by internal tensions marked by a high turnover of women and minorities, according to 15 former and current NYPR employees interviewed by Current.

“The bottom line … is that [management] knew for years of credible allegations of harassment and intimidation, knew for years there were multiple serious complaints, and the only time they took action was when it went public.” — Celeste Headlee

Thirteen of the 15 asked that their names be withheld out of concern for jeopardizing job searches or rattling their current employers. Current employees said they feared retaliation from management.

They described a workplace that makes it difficult for people of color and women to thrive despite women being well represented at the very top of the organization.

Nine employees who talked with Current described incidents in which male editors undermined female reporters or verbally abused them in front of colleagues. Seven experienced situations in which complaints to managers and human resources staff were ignored. 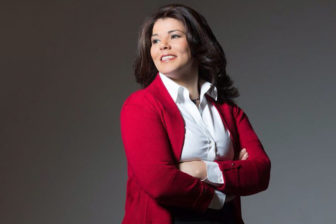 Celeste Headlee, who co-hosted The Takeway from 2009 to 2012, had complained directly to Walker that Hockenberry was abusive, sabotaged her on air and insulted her in public. The station declined to renew her contract after it revamped the PRI-distributed series into a midday show.

“The bottom line for me is that [management] knew for years of credible allegations of harassment and intimidation, knew for years there were multiple serious complaints, and the only time they took action was when it went public,” Headlee told Current.

Robert Hennelly, a former investigative staff reporter, left WNYC in 2013 after a decade. Over time, he had noticed an increasing reliance on interns, per diem workers and others hired on temporary employment contracts, he said. “It was a shadow workforce. And that workforce is vulnerable.”

Most of those interviewed acknowledged that NYPR is unique in its market, producing exceptional work that’s not done anywhere else. But the stress and pressure of working there was difficult to bear for many employees. Four former employees and one current employee from different areas of fundraising described working under intense pressure.

“I would never work for a nonprofit again,” said one former NYPR fundraising employee who has experience in both the corporate and not-for-profit worlds.

In 2016, a loud, heated, argument broke out after editors altered an interview that All Things Considered host Jami Floyd had conducted with the outgoing police commissioner. Floyd objected because they had reinserted material she had cut from the prerecorded interview without notifying her.

A reporter who witnessed the argument said the editors undercut Floyd. The gender dynamics at play weren’t lost on observers in the newsroom.

“Women were upset,” said the reporter. “This was the host of All Things Considered. It was her territory.”

After the NYPR board began responding to the outpouring of grievances, Walker pledged to “set the standard for a 21st-century workplace” in remarks delivered during last month’s Community Advisory Board meeting.

The next milestone will be the report by the law firm investigating workplace conduct for the board.  The the board’s audit committee should receive the report within weeks, Roussel told Current.

Within the organization, staffers have mixed responses to the steps the board and Walker have taken.

Reactions during the Jan. 29 staff meeting were not hostile, said one employee, who added, “People really care about the company [and] want to know, ‘How are we going to fix this? How are things going to get better?’”

An earlier version of this article incorrectly reported that NYPR Board Vice Chair John Rose would provide pro bono consulting services valued at $1.5 million over one year. The work will be done within 12 weeks. In addition, a group of current and former employees previously described as development staff worked in different fundraising units within NYPR.