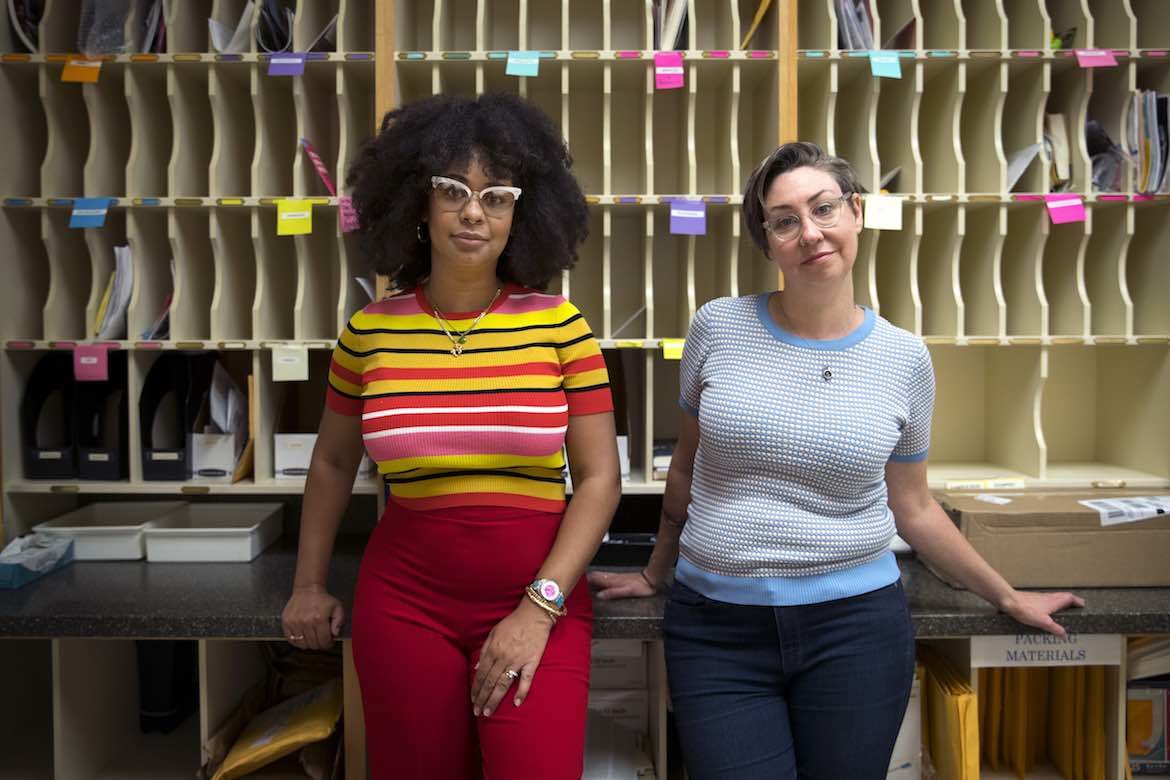 Just the name of KUOW’s newest podcast was enough to spark a mini-backlash.

Dozens of listeners emailed the station when it started airing promos for Battle Tactics for Your Sexist Workplace. “They said, ‘How could you say that? That’s not true!’”, says Brendan Sweeney, director of new content and innovation.

The show is an experiment for KUOW, whose other podcasts focus on investigative journalism, local news and conversations, and first-person experiences. Sweeney says he positions BTSW as akin to the editorial page of a newspaper.

“We are a journalism organization, but our podcasts exist slightly to the side of our news product,” says Sweeney. The show’s hosts must adhere to “the basic ideas of intellectual honesty and fairness,” Sweeney says, “but they have the leeway to jump out and start from a different point.”

So far, the leap appears to be paying off. Eight episodes in, BTSW has found an appreciative audience for its positive feminist perspective and activism-oriented mission by charging head-on into fraught topics with a can-do attitude.

“It is unusual for a public radio product to have an editorial standpoint like this,” says Jeannie Yandel, co-host of BTSW and a producer and editor at KUOW. “I know that we’re pushing the envelope. If it turns out this pushes the envelope too far at some point, and it doesn’t work, we’ll know something from that, too.”

Yandel developed the concept for the show after she interviewed author Jessica Bennett at a live event. Bennett’s book Feminist Fight Club addresses symptoms of sexism in the workplace and provides strategies for addressing them. Yandel knew she wanted to turn the concept of the book into a podcast.

She eventually teamed up with Eula Scott Bynoe, a frequent KUOW guest and co-host of a local podcast, Hella Black Hella Seattle. Battle Tactics for Your Sexist Workplace launched in May.

“Yes, your workplace is sexist,” Scott Bynoe announces in the show’s trailer. “Even if it’s not always visible, and even if you work for yourself. But don’t fret, guys. This show is all about changing that.”

From the beginning, the show’s creators wanted to avoid being tied up in a debate about whether sexism exists in the American workplace. “In order for this to have any meaning, for the audience we wanted to listen — women, nonbinary folks — we had to start with the premise that it’s real,” says Yandel. “I feel confident saying that because there’s a generation worth of research showing us not only that it’s true, but what the repercussions are.”

That’s why almost every episode begins with laying out the evidence for each topic: imposter syndrome, sexual harassment, the challenges working mothers face.  They’re subjects that dominate newspaper headlines and personal essays.

“It’s got to be about more than having this singular experience where you’re consuming this podcast and then you move on to the next thing.” — Jeannie Yandel, co-host and creator of “Battle Tactics”

“We’re not breaking news or anything like that,” Yandel says. She describes the editorial process as a rigorous discussion of evaluating conclusions and perspectives. The resulting tone is like a well-informed conversation between friends who are trying not to get beaten down by the system.

“Both of [the hosts] have this optimism,” says Sweeney, who greenlighted the show. “We really thought that was interesting and surprising, and not depressing.”

The titular “battle tactics” have a lot to do with the show’s ability to stay positive. In the second half of the show, it’s time to talk strategy: Guests are brought in to offer practical advice and systemic solutions to combat workplace sexism.

In an episode about the gender pay gap, wage consultant Jaqueline Twillie recommends that women try practicing negotiation skills with biannual calls to their cable company, asking for the best deal. Then, social justice writer and self-proclaimed “internet yeller” Ijeoma Oluo brings out the big guns: “Start talking to your young boys the same way you talk to young girls about how this is and … how they need to be standing with women and girls.”

According to Sweeney, the podcast is on track to meet those goals. It has averaged 18,000 downloads per episode; Seattle listeners make up about 45 percent of the audience.

But the audio product is only half of the podcast. “It’s got to be about more than having this singular experience where you’re consuming this podcast and then you move on to the next thing,” says Yandel.

Calls to action embedded in the podcast prompt engagement. A private BTSW Facebook group has almost 800 members. Women post about using tactics in their own lives, for which the producers award them digital “Merit Badges” designed for each episode. Listeners also ask questions to the community and suggest ideas for future episodes. The producers actively seed and moderate discussions. 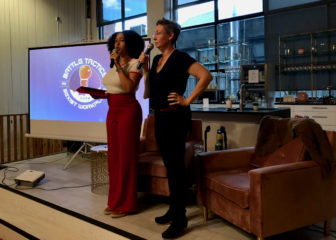 Hosts Scott Bynoe and Yandel speak at a launch party for the podcast in June.

For local listeners, a series of live events at local businesses has included “Boot Camps” and “Tactical Meetings.” Admission has been free, but Sweeney says the series’ success has prompted the station to consider live events as a revenue stream. More than 130 people attended the most recent event, held Sept. 24, and the show is planning at least one more for its first season of 12 episodes. The hosts bring in guests and celebrate “Boss Tacticians.”

“Half of our event is listener questions,” says Yandel. “Nearly all the time, it’s ‘This is happening, am I crazy for thinking this is a sexism thing? And then, what the hell do I do about it?’”

While the podcast is not a direct response to #MeToo, it discusses questions that many are asking in the movement’s wake. Public media itself is not immune. The past year saw resignations, dismissals and investigations following a wave of allegations against high-profile executives, hosts, and journalists. In many cases, incidents revealed a culture of sexism in workplaces.

When Yandel was developing the show, “one of the first things that our general manager said to me … was ‘Don’t be afraid to call KUOW out on its shit,’ and I believe her,” Yandel says. In some cases, BTSW has put the station under a microscope. An episode about working mothers began with a visit to the office’s electrical closet, where Yandel had to pump breast milk for her daughter before the station upgraded to a nursing room.

“There were some times while we were piloting the show where the subject matter could very easily be turned onto the managers,” says Sweeney. “‘How much am I being paid? Is that the best you can do for me?’ It was an interesting dynamic. We’re trying to walk the walk.”

“I think that KUOW is trying, and also, I don’t think that this place is perfect,” says Yandel, who has worked at the station since starting as an intern in 2001. “Part of solving this problem is continually working and continually interrogating your own structure. I feel like I see KUOW interrogate itself more, and I think that’s a good sign.”

Though a podcast with a feminist perspective may not appeal to all of KUOW’s listeners, that’s not the point. Sweeney says that by developing new podcasts, KUOW aims to draw audiences to high-quality shows that may have niche appeal. The station is finding that a younger audience has turned out for live events and joined the Facebook group.

“The people who find the show find something in it that resonates with them, makes them feel like they are empowered to walk into work and can change things for the better,” says Yandel. “And we get lots of feedback from listeners saying ‘Thank you for this episode. I didn’t know how to explain what was happening until I heard this.’ So if they see themselves and their experiences in this, that’s one measure of success.”

Correction: An earlier version of this article mistaken referred to Jeannie Yandel’s son. Yandel has a daughter, not a son. It also incorrectly said an episode of the podcast visited the office’s janitorial closet. It visited the electrical closet.