An outside law firm’s report on New York Public Radio’s workplace culture was widely panned by critics for not assigning blame for the harassment that an unspecified number of employees endured for months and even years.

After the report was released April 24, current and former employees took to Twitter and the airwaves of NYPR news station WNYC to question the thoroughness and accuracy of the four-month inquiry, conducted for NYPR’s board by lawyers from Proskauer Rose. Critics said the report lacked the details and specificity needed to thoughtfully depict an institution wracked by alleged bullying and harassment by former stars of its airwaves.

“If you are looking for a satisfying explanation as to how this could go on for so long, you are not going to find it here,” said Ilya Marritz, who appeared with his colleague Jessica Gould on The Brian Lehrer Show April 25. The two reporters have been covering the scandal that erupted at NYPR late last year.

The Proskauer Rose report found no evidence of systemic discrimination, which it defined as pervasive discrimination known and tolerated by senior management. It did acknowledge instances of bullying, offensive behavior and discriminatorily harassing conduct that lasted for months or years.

After interviewing 36 people, and reviewing employment and other records, the investigators reported that senior management acted quickly upon learning of misconduct. They pointed to problems with middle managers, who heard complaints from junior employees but did not report them to human resources staff.

The firm endorsed reforms recently initiated by management and called for NYPR to strengthen its HR staffing, training and policies. 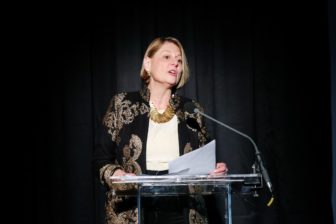 The NYPR board of trustees, which commissioned the investigation in December, released a statement backing the firm’s conclusions. It also expressed support for NYPR President Laura Walker,

NYPR staffers past and present reacted to its findings with skepticism, posting remarks on social media and speaking out in the press, including during the highly critical segment moderated by Lehrer. The number of employee interviews was insufficient for an organization with a workforce of nearly 400, the critics said. They objected to the report’s imprecise language and unwillingness to assign responsibility.

“It was not hard-hitting at all; that’s what is so disappointing,” said Abby Lovinger, who left NYPR in 2015 after 14 years as senior director of on-air and online fundraising. She now directs digital communications for Boston Children’s Hospital. “It’s sad and upsetting, but not surprising. They really didn’t find any blame,” she said.

“It’s hard to argue with ‘Let’s everybody do better,’ but this report does not explore … the question of what went wrong,” Marritz said.

The NYPR board announced the investigation in December as the centerpiece of its effort to address allegations that management tolerated misconduct by three top talents. Former The Takeaway host John Hockenberry, who resigned last year, was the focus of news accounts reporting incidents of sexual harassment and racial discrimination of female colleagues and guests. Longtime WNYC hosts Leonard Lopate and Jonathan Schwartz were abruptly suspended and then fired for inappropriate behavior shortly after the scandal broke. In January, Walker demoted Chief Content Officer Dean Cappello, her longtime deputy, to an advisory role with no title or direct reports.

The report acknowledged a perception among staff that HR was focused on “smoothing over issues (e.g., telling an employee she is too sensitive) rather than exploring and addressing them.”

It did not address whether this perception was justified.

“Whatever the merits of the concerns about the human resources department, it is important that employees have confidence that it will protect their right to a respectful and discrimination-free work environment,” the report said.

Three former employees interviewed for this story, and a dozen others Current spoke with earlier this year, said they believe staff who complained to HR were sometimes retaliated against or fired.

The report also acknowledged the departures of “numerous women of color” from NYPR. But investigators said they had not found sufficient evidence that their exits were attributable to race or gender discrimination, or in retaliation for making complaints — despite the perception among staff that it was so.

“The report is serious. It does not present a rosy picture. But it absolves management much too easily,” said Celeste Headlee, one of three African-American women who co-hosted The Takeaway with Hockenberry. All three left the show after complaining to senior management that he harassed and bullied them.

Headlee, who spoke publicly about her experience in the New York Magazine expose that set off the scandal, told Current she was not contacted for the report.

In criticizing the report’s vague language, staff pointed to a passage that said top management took “significant and prompt disciplinary action … in most cases where violations were found.”

“I don’t know what that means,” said Lehrer, referring to the word “most,” during an exchange with Marritz and Gould on his April 25 broadcast. Is it “55 percent? 99 percent? Is it clear?” he asked.

“And how many cases were there?” wondered Gould. “We don’t know.”

Marritz also noted that the report referred only to cases where violations were found — not cases where management was notified of possible violations.

Headlee and other employees who spoke up about harassment were dismayed that investigators did not interview them.

“They talked to a very small group of people,” said Headlee. “Some of the most egregious cases I know of were not contacted.”

Kristen Meinzer, a former The Takeaway producer who had also spoken publicly about Hockenberry’s misconduct, said on Twitter that investigators emailed her, but the message went to spam. They didn’t follow up when she didn’t reply.

Walker, who issued a supportive statement on the Proskauer Rose report upon its release, later joined the chorus of critics. In her initial response, Walker said the report had “laid bare some important issues in our workplace.” She elaborated on the extensive internal efforts to right the ship.

But in an all-staff email that Marritz posted on Twitter April 26, Walker said the scope of the investigation was “very narrow” and failed to capture how employees had been affected.

Laura Walker (gently) critiques the Proskauer report on harassment at NYPR in an all staff email >> pic.twitter.com/ApeWe0kVKM