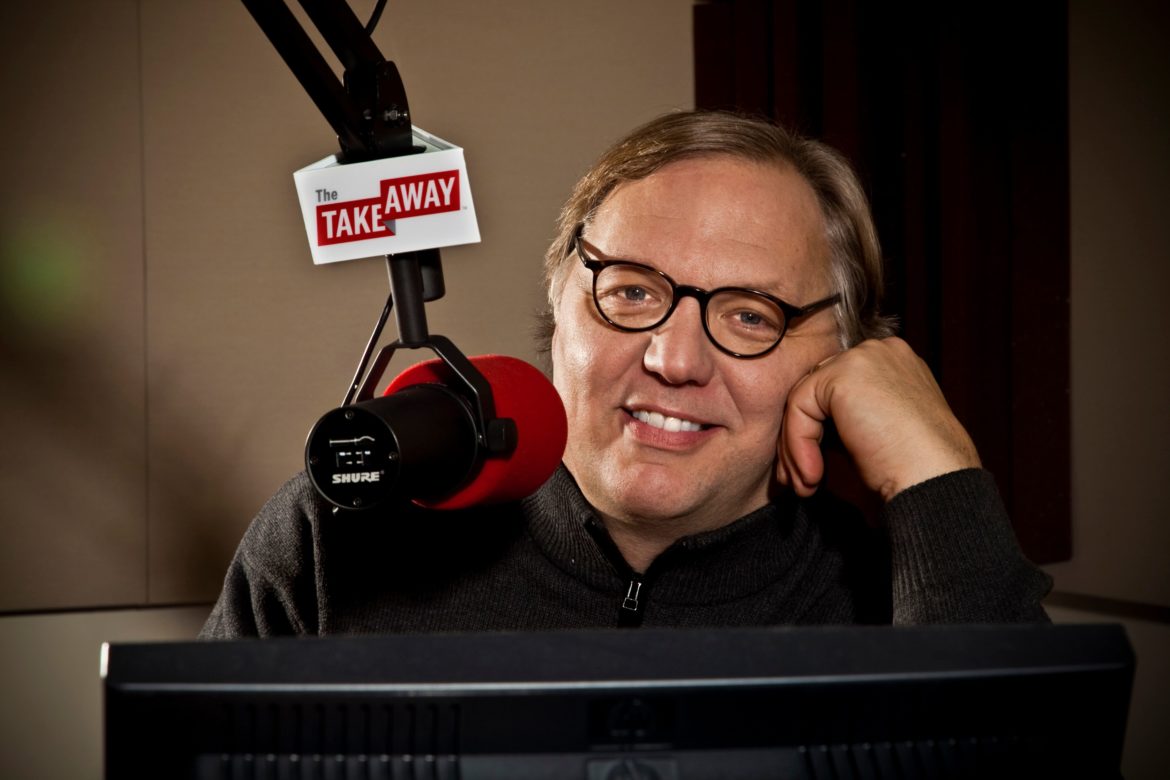 John Hockenberry, former host of WNYC talk show The Takeaway, is the latest high-profile man in public media to be accused by multiple women of sexual harassment.

In a story for New York Magazine published Friday, novelist and investigative journalist Suki Kim described troubling experiences with Hockenberry that occurred after she appeared on the show as a guest. Through her own reporting, she found former WNYC employees who said that Hockenberry had subjected them to bullying, unwanted kissing, and suggestive emails and messages.

Kim wrote that WNYC’s announcement in July that Hockenberry would retire and the recent rash of accusations of sexual harassment against men in leadership positions in media prompted her to see if others had similar experiences with Hockenberry, “It took only a few phone calls before I found out that it wasn’t,” she wrote. She filed a complaint with WNYC in February about Hockenberry’s behavior.

Kim’s article also included interviews with former co-hosts of The Takeaway who said they had complained about how the host treated them. Farai Chideya told Kim that Hockenberry once told her “You shouldn’t stay here just as a ‘diversity hire’” and that she should “go lose weight.” Chideya said she told WNYC CEO Laura Walker about the comments; Walker said they were “horrifying” but didn’t take action, according to Chideya.

Chideya left the show a few weeks later. “All these decisions have consequences,” she said. “Public radio doesn’t become more diverse if you keep protecting people who abuse women of color, or just women.”

Hockenberry said in a statement to the magazine:

I’ve always had a reputation for being tough, and certainly I’ve been rude, aggressive and impolite. Looking back, my behavior was not always appropriate and I’m sorry. It horrifies me that I made the talented and driven people I worked with feel uncomfortable, and that the stress around putting together a great show was made worse by my behavior. Having to deal with my own physical limitations has given me an understanding of powerlessness, and I should have been more aware of how the power I wielded over others, coupled with inappropriate comments and communications, could be construed. I have no excuses.

A WNYC News report Monday drew on interviews with more than two dozen current and former Takeaway producers, who said Hockenberry created a toxic work environment and made staff uncomfortable with inappropriate comments about sex, race and sexual orientation.

In a statement to WNYC News, station CEO Laura Walker said she was “deeply disturbed” by the allegations and that the details that have been reported “would clearly violate NYPR’s standards and workplace practices. As CEO, I deeply regret that our culture and protocols did not work as they should, such that the full nature and extent of the allegations are just now coming to light. I apologize, we can do better.”

In an all-staff email Saturday, Walker said, some of the incidents Kim described “were known to NYPR, and we investigated and took action at the time. We learned about other allegations after John left the company. And some, we learned about for the first time from the article. We take every allegation seriously. And like you, we are deeply concerned.”

The station has hired an outside lawyer to “undertake a full review of our policies and procedures,” reported WNYC.

WNYC also reported that Hockenberry’s on-air skills “began to fray” in 2016. “Where his wits had once been dazzlingly quick, producers said he sometimes seemed sluggish,” wrote Ilya Marritz. “He arrived late or missed interviews and sometimes was unprepared. Producers scheduled fewer live interviews and more pre-tapes so they could edit out any embarrassing material.”

Listeners expressed frustration via social media with WNYC’s handling of the situation:

I've been donating to @WNYC for YEARS and I feel like I should get my money back. So disappointed that this behavior was KNOWN by @lwalker & others nothing happened! #Complicit https://t.co/dLdyxBaI3j

@MorningEdition great coverage of @WNYC's failure to look after it's staff. I am angry and disappointed, and the statement released so far is not AT ALL good enough. As a sustaining member I DEMAND you clean house. You owe it to the journalists and the people who support you.

If she needs an attorney next to her, fine. But she owes us both an apology and an explanation. I value WNYC, especially with the recent loss of other local media (Gothamist), and I've been proud to be a sustaining member. But I don't value it over the dignity of these women.

@lwalker I am a sustaining member of WNYC and I am asking you to make some kind of statement on the John Hockenberry situation. I just caught the last part of @BrianLehrer's show. His show would be a great place for you to be on.

Fellow loyal listeners: Give NOT A PENNY to @wnyc until @lwalker ANSWERS PUBLICLY for how management handled (or didn't) YEARS of complaints against John Hockenberry from his talented women co-hosts of color. https://t.co/1XEAmJqEGa