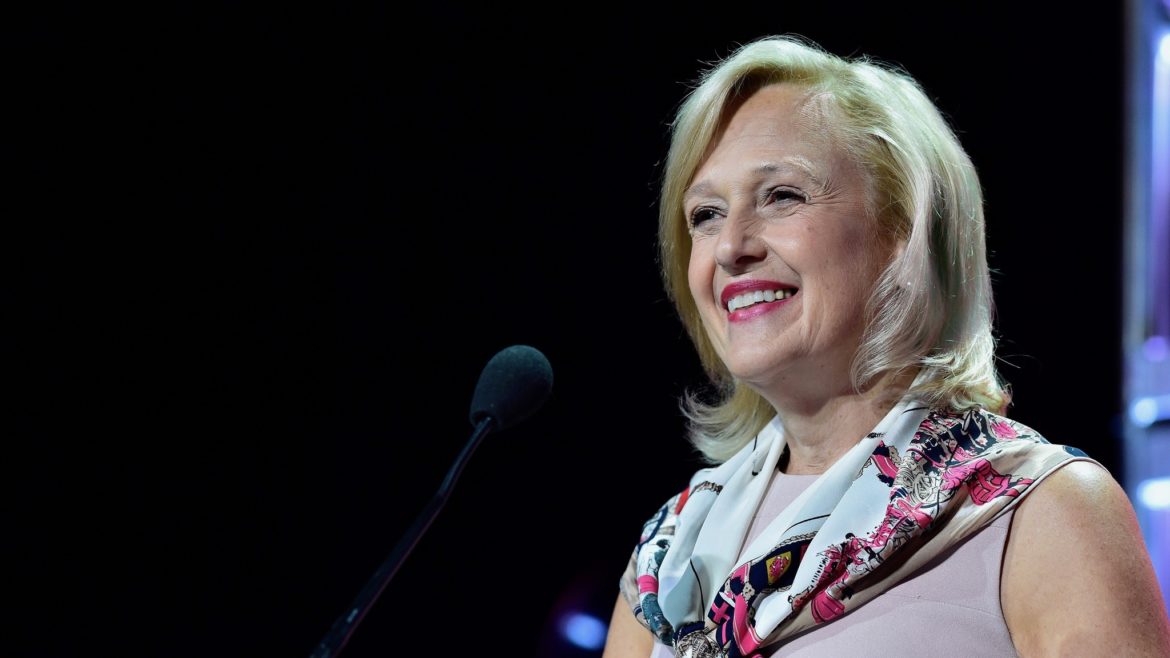 Each time, though, Congress passed a budget with CPB appropriations intact. In fact, funding has increased 11 percent since 2006, leveling out at $445 million from 2014–16.

Still, she told TV writers and editors Sunday at the annual Television Critics Association Summer Press Tour, she does not take lightly the impact of President Trump’s proposal to shut down CPB.

“I have to assume, as I think all of us in public media assume, that anything can happen,” she told Current. “This has been an extraordinary year on so many different levels.

“We need to be quite vigilant that, as Congress now debates our funding, we don’t assume that people remember the impact that we have in communities and understand fully the reach and presence of our local stations across this country.”

If federal funds are cut, she said, there would be no workaround to soften the impact.

The White House’s federal budget for fiscal year 2018 proposes to provide just $30 million to wind down CPB. Under Trump’s plan, CPB’s drastically reduced appropriation would cover the costs of an “orderly closeout of federal funding.” Though Congress has already approved a $445 million forward-funded appropriation for next year, Kerger said this is no time for complacency.

If the White House plan gains traction, “there isn’t a Plan B,” Kerger said. “If federal funding goes away, PBS itself will not go away, but a number of our stations will.” Member stations that derive up to 50 percent of their funds from CPB Community Service Grants won’t be able to raise enough money to make up the difference, she said.

“You will find big parts of the country that will suddenly be without public broadcasting,” Kerger said, particularly rural areas where a large percentage of viewers watch TV with over-the-air signals.

Kerger came to the executive session armed with surveys and ratings data that show broad public support for PBS. She also had letters from grandmas and teachers and praise from members of both parties, backing up her case for continued support.

PBS was ranked the most trusted American institution for the 14th year in a row, she said, citing a January 2017 telephone survey by Marketing & Research Resources Inc.

“I work very hard at trying to be a responsible spokesperson for public broadcasting, but I know that what legislators most care about is the impact in their own communities.” — Paula Kerger, PBS

PBS also commissioned bipartisan surveys of registered voters early this year and found broad support for public broadcasting. “More than seven in 10 voters representing all political stripes oppose the elimination of federal funding,” Kerger added. “And even with all the choices at their disposal, 200 million Americans choose to watch their local PBS station each year.”

PBS is encouraging local stations and viewers to reach out to legislators to let them know how important public television is to them and their communities, Kerger told TV critics. “I work very hard at trying to be a responsible spokesperson for public broadcasting, but I know that what legislators most care about is the impact in their own communities.”

In an interview after her executive session, Kerger said she agrees that political parties should avoid using public television’s federal funding as a partisan issue. Democratic Rep. Earl Blumenauer, the Oregon lawmaker who founded the Public Broadcasting Caucus, recently told the CPB Board that he asked House Democrats not to use the funding CPB threat in political fundraising solicitations.

“We do receive support from both sides of the aisle, so it should not evolve into a Democrat versus Republican issue,” she said. 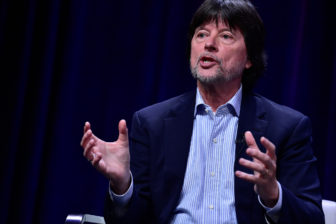 Documentarian Ken Burns echoed Kerger’s sentiments during his session presenting The Vietnam War, the 18-hour series that will be the centerpiece of PBS’s fall season.

Support for public television is such a minuscule part of overall federal spending that it mainly serves as an ideological football for opponents, Burns said. “People assume that we’re there for Nob Hill and Beacon Hill when, in fact, some of our best ratings are in Alaska and Arkansas … or West Virginia or Oklahoma.”

Although the marketplace supplies many goods and services, he said, it doesn’t extinguish fires or provide armed forces. “While I wouldn’t ever suggest that public broadcasting has anything to do with the defense of the country, I think with every fiber of my being that it makes our country worth defending by what it has added to our national conversation.”

A few stations with signals that overlapped others will go off the air. “We are still mapping to make sure that when the whole re-pack and the reframing takes place, that we don’t lose [OTA service to] pieces of the country. So we are following that pretty carefully,” she said.

For a few stations, the auction generated revenue “that will enable them to expand their work. So, I think, all in all, it ended up being as good an outcome as we can anticipate,” she said.