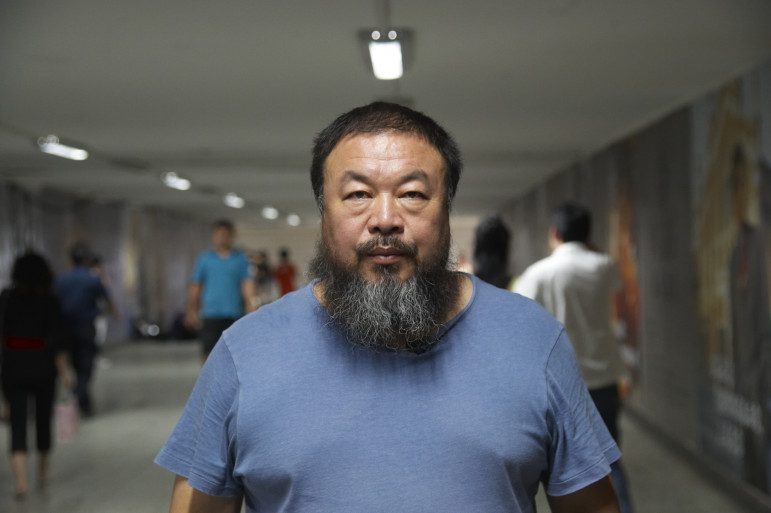 LOS ANGELES — PBS is tripling its budget for social media marketing of its independent film series and stepping up its game in acquiring films for multiplatform distribution, according to programming executive Marie Nelson, who shared details of PBS’s new strategy during a July 31 event here for filmmakers.

In the latest convening between public TV officials and independent filmmakers, Nelson unveiled plans to follow through on the agreement that PBS worked out following its months-long “listening tour” on the scheduling and visibility of its series POV and Independent Lens. The International Documentary Association produced the event as a follow-up to the tour. A roomful of L.A.–based filmmakers turned out to hear Nelson and others discuss the tactics and plans that PBS has put into place.

“I think one of the things that we’re encouraging folks to focus on is on executing and implementing this strategy, and in doing everything that we can to make sure that the series are performing well and thriving, and the filmmaking community feels like they’re walking in the right direction,” said Nelson, who joined PBS last fall as v.p. of news and public affairs.

PBS will focus its marketing efforts on social media, where it can target and attract a younger audience, and negotiate for streaming rights that will enable it to compete more effectively against video-on-demand players HBO and Netflix. It also plans to selectively back more films for theatrical distribution and coordinate local screening events.

Nelson wouldn’t specify the amount that PBS will invest in marketing but assured the filmmakers that the network has tripled its funding to promote each film on social media. She described the marketing plan as a one-year experiment designed to give independent films a higher profile amongst all the other programming priorities of member stations.

PBS sets the tone on what content is valuable based on what it is willing to support, said Lois Vossen, Independent Lens e.p. And so far, she says, both series have been good to PBS.

“Between POV and Independent Lens, we contribute to 40 percent of PBS’s total news and documentary Emmy nominations,” Vossen said. “The two series are doing great work.”

Those in the room echoed past fears about the viability of independent documentaries, which can reach the broadest possible audience through PBS distribution but must compete for prime-time airtime with PBS series American Experience, American Masters and the audience-pleasing dramas of Masterpiece, among others.

A schedule change proposed by WNET last December exacerbated these tensions. The PBS flagship in New York City wanted to pull POV and Independent Lens from its main channel on Monday at 10 p.m. and replace them with its own arts and culture programs. Sister station WLIW would have aired the independent series at that time, and WNET planned late-night repeats of indie films. But an outcry from filmmakers prompted WNET to shelve its plan and work with PBS to seek feedback from independent filmmakers during a multi-city “listening tour,” which concluded in March.

Nelson, who had been at PBS barely a month before the conflict erupted, said the tour helped PBS conceive its indie film strategy for the 2015–16 season.

“Literally between November and April, it was like an absolute crash course in coalition-building, sorting through a lot of different things just to really come at our relationship with independent film with some new ideas,” Nelson said.

In April, PBS first sketched out its plans to address filmmakers’ concerns, committing to the Monday 10 p.m. feed time for the series while pledging to do more to boost viewership. In addition to its marketing plans, PBS also offered to develop an online curriculum on documentary filmmaking for colleges and universities and to license 85 films to the subscription-based streaming service Indieflix. WNET, meanwhile, agreed to continue airing both series on its primary channel.

The overarching goal of the new strategy is to signal PBS’s commitment to independent films beyond its national broadcast schedule.

“We want a broader sense within the public that PBS is invested in independent film,” Nelson said. “In terms of picking the films — since we’re not in a position to do a lot of theatrical releases — we want to pick films that tell a story that is important to the national conversation that we’re having on a particular issue.”

As an example, she pointed to Stanley Nelson’s The Black Panthers: Vanguard of the Revolution, a film that aligns with the Black Lives Matter movement. That documentary, acquired through Independent Lens, will hit theaters this fall and debut on a special national broadcast in the winter of 2016.

Nelson declined to specify rating targets that PBS had set for the series and the total number of theatrical releases planned for the coming year, but she outlined four goals that shaped the overall distribution strategy:

Filmmakers have traditionally relied on the festival circuit, theatrical releases and broadcast to gain exposure for their films, said Simon Kilmurry, the former POV executive director who now heads IDA, but that landscape has changed. Participating in the discussion as part moderator, part panelist, Kilmurry asked Nelson how PBS will work with filmmakers on VOD rights, particularly when they want to offer their film on streaming services like Netflix.

PBS distributes films across online and broadcast platforms, but Nelson said PBS wants to develop relationships with independent producers at an earlier stage in their filmmaking processes to secure streaming rights agreements, for example.

“I think that we’re still fighting against this idea that PBS is the last destination for great independent films, but at the same time also recognizing the economic realities that filmmakers are facing on where they can get the best deal,” she said. “Part of it is figuring out, early enough, what those projects are, so that we can have these kinds of conversations.”

PBS faces an uphill battle against aggressive competitors like Netflix and HBO, which are also getting in the VOD documentary game.

Because Netflix and HBO are vying for the same quality independent films, they attract filmmakers with streaming-rights deals that promise bigger exposure — and a bigger payday. When filmmakers get into streaming rights with Netflix and HBO, it makes it hard for PBS to acquire rights to their films in a timely manner, Nelson said.

“We’re coming up against all sorts of circumstances,” Nelson said. “There are films that we have been willing to acquire after they’ve had a Netflix window, but oftentimes it’s difficult to negotiate a shortening of the Netflix exclusivity for us to be able to reasonably get on the air.”

The issue of streaming rights is a critical one for PBS and filmmakers if they are to grow the digital audience for their work. Nelson said PBS will consistently seek streaming rights for all films, paving the way to distribute them in a number of ways, including its PBS Indies website, special indie-film playlists on streaming apps, coordinated social media promotions and its annual PBS Online Film Festival.

PBS also intends to work with producers of Independent Lens and POV as well as with member stations to coordinate timely events around the airing of special-interest titles. For example, an arts festival this year will include promotion of titles such as Cutie and the Boxer, a film that explores the marriage of boxing painter Ushio Shinohara and artist Noriko Shinohara; Ai Weiwei: The Fake Case, the story of the defiant Chinese artist who refuses to be silenced by his government; and Art and Craft, about a con artist who replicates famous paintings and sells them as originals.

Additionally, PBS is taking a cue from Independent Lens’s long-time events series Community Cinema (recently renamed IndieLens Pop Up) to coordinate town hall–type events following the airing of a film. This time, PBS is set to create a two-night event, showing films on two nights and then following up the screenings with live one-hour town-hall events, Nelson said. She declined to offer details because PBS has yet to finalize these events.

Nelson said the events strategy not only produces interest in a film, it also allows those new audiences to give direct feedback to their stations and their programmers on what content they want to see.

PBS insists it will stay true to its mission while paving a clear path for more people of color and underrepresented communities to enter the space of independent filmmaking, Nelson said. These goals also apply to its plans for more outreach and educational presentations around independent film.

“It’s part of our ongoing outreach to make sure that the folks within this community understand the vision of where we’re headed, and that we all work together to get there,” she said.