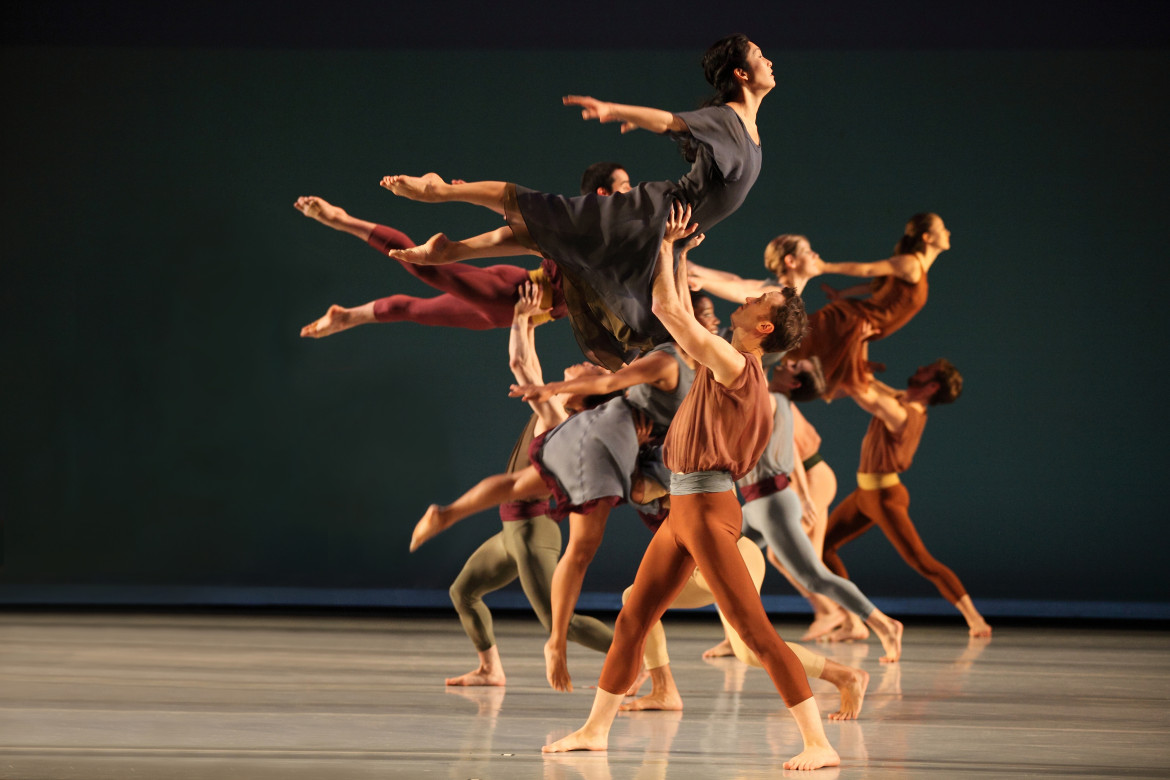 NEW YORK — West 23d Street in Manhattan, which once represented to American theater what Broadway does today, will see a return of high drama Monday, this time involving a turf war over the fate of independent film on PBS and a television station trying to balance its interests as both producer and broadcaster.

Titled “Independent Film on PBS: A National Listening Tour,” the town-hall–style program, convened at the School of Visual Arts, brings the dispute over prime-time broadcasts of documentary showcases Independent Lens and POV to the home turf of WNET, the PBS producing station that programs multiple channels in metropolitan New York and New Jersey.

Originally intended as a way to introduce PBS’s relatively new v.p. of news and public affairs, Marie Nelson, to regional stations, the tour has been co-opted by the dustup between independent filmmakers and WNET, which came under fire for its decision to move first runs of the indie series to its weaker secondary channel.

The two documentary showcases now air at 10 p.m. Mondays on Thirteen, WNET’s primary signal, at the time of PBS’s national feed. Last December, the broadcaster announced plans to move the shows to sister station WLIW, which reaches a smaller audience. The showcases would still air on Thirteen as well, but at 11 p.m. Sundays.

The revamped WNET schedule is designed to enhance viewership for the station’s own arts programming, repeats of which would air during the Monday-night slot vacated by the documentaries. WNET executives say the move, which has been postponed for now, would increase audiences for the showcases as well as its arts series.

“They say they were trying to do an experiment and find the series a wider, better audience by putting them on a secondary channel with half the viewership of the primary channel,” said Gordon Quinn, artistic director of documentary production house Kartemquin Films and a member of the steering committee of the Indie Caucus, a group of independent filmmakers protesting the change. “It doesn’t look like an improvement.”

“They like to say programming is a rocket science, very complicated, and we can’t understand it,” Quinn said. “But we understand that this is a disaster.” 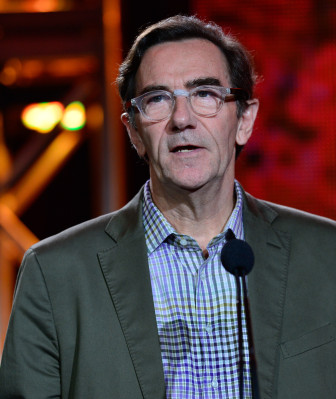 Pained as he is to be in conflict with indie filmmakers, Segaller says that WNET has to make sure its broadcasts are serving local viewers. (Photo: Rahoul Ghose, PBS)

“I’m a little pained and a little irritated to be portrayed as someone trying to consign independent filmmaking to the sidelines,” said Stephen Segaller, v.p. for programming at WNET. He described PBS’s own schedule-shuffling (“to some good effect, and some not so much”) as the root of some of the angst.

These PBS changes, introduced several years ago, included moving the WNET-produced Nature from Sunday to Wednesday, Nova from Tuesday to Wednesday and Frontline from 9 p.m. to 10 p.m. Tuesdays. Producers at Frontline “bitterly objected” to the later timeslot, Segaller said, but viewership of their series has grown.

Meanwhile, WNET’s own arts programming was shifted from Wednesday to Friday nights. And indie film went to Mondays.

Thirteen’s viewership tumbles with Roadshow leading into independent film. “On our station,” Segaller said, “which is the one we care about — and, it turns out, so does everybody else — the usual loss of audience after the second hour of Antiques Roadshow is about 75 [percent] to 80 percent. Typically, the rating drops from 1.6 to 0.4, or 1.8 to 0.5. So it’s not, sadly, working very well.”

National audience figures provided by ITVS paint a different picture, showing a 6 percent increase in season-to-date ratings for the Monday 10 p.m. timeslot (looking at all programming, not just IL/POV). According to national carriage data, 67 percent of the 315 PBS full-member stations air Independent Lens in prime time, 64 percent at feed. That’s a significant commitment, considering that PBS doesn’t require stations to schedule either show for “common carriage” at the time of the national feed.

Lots of explaining to do

This is a story about mass communications in which miscommunication seems to be a dominant theme: The Indie Caucus filmmakers and producers at ITVS and POV protest that WNET didn’t consult with them about its plans. Meanwhile, as Segaller unveiled the local schedule change, he was unaware that indie producers and PBS had been in ongoing discussions about how to bolster the series.

“What I did not know, except in the vaguest possible terms,” he said, “was that PBS had been exploring with Independent Lens and POV whether the Monday thing was working, and that discussion was already underway.”

Beth Hoppe, PBS’s chief programmer, acknowledged that the internal talks added to the tensions over public TV’s commitment to independent film. “I think there are some misconceptions about where we’re headed or what our motives are, and I think it’s going to take some time to overcome that,” she said.

PBS is developing plans to invest in more promotion for the indie film strands, for example, but the idea seems to get lost in the anger over how independent films are being scheduled.

At Monday’s listening tour event, the second in a series that kicked off in San Francisco, participants will undoubtedly agree on one thing — WNET’s importance to independent film.

“You can run a film documentary in New York only and still pull a sizable audience,” said David Van Taylor, a New York–based filmmaker whose work has aired on POV. “The simple fact is there are 8 million people here, in the largest city in the country. One in every 40 Americans lives in New York City, and the statistic is even more salient when we are talking about public television, because the concentration of public television viewers is higher here than on average across America.”

Director Marshall Curry’s films have all aired on POV. “I always know that I’m going to be in great company with other films I admire,” he said. “And I know my film is going to be seen by a huge audience, including a broadcast on the most-watched PBS station in America, WNET.”

If WNET moves ahead with its plan to bump the showcases to a second-tier channel or timeslot — a decision that it agreed to postpone until April — PBS will lose the best films to competitors like HBO or Netflix, Curry said. “And all of us who watch and love PBS are going to suffer.”

Oscar-winning documentarian Alex Gibney also concedes the channel’s influence. A film of Gibney’s, Park Avenue: Money, Power & the American Dream, created controversy for WNET over its portrayal of archconservative David Koch, then a member of WNET’s board.

“I love Independent Lens and POV, but I’ve had a lot of difficulties doing business with PBS; it’s not the first place I look to,” he said. “But I do know that WNET has the biggest audience, so when you’re off WNET, you lose a lot of eyeballs.”

Gibney added that placement on WNET is “symbolic, to an extent,” which touches on an issue more slippery than ratings or timeslots. Kim A. Snyder, whose immigration doc “Welcome to Shelbyville” aired on Independent Lens in 2011, has been working on a film about the Newtown massacre, with Maria Cuomo Cole (The Invisible War) as producer.

“Since the town was so inundated with media, it’s been important to explain to some who have been hesitant to talk about the terrain of long-form docs [and] independent platforms on PBS,” Snyder said. “I believe some of that access has been enabled by perception of independent platforms provided by PBS and informed my choice to go with them.”

“It’s about diversity, and it’s also about trust,” said Cuomo Cole, who added that perceptions that PBS is giving secondary status to social-issue docs could harm filmmakers’ access to subjects and funding.

POV and Independent Lens have been the “bedrock” of the documentary scene for years, said Dan Cogan, executive director of Impact Partners, a funder of progressive documentaries. “We always counted on them having an extraordinary reach and a sustainable audience,” he said. “And if you all of a sudden don’t know if it will run this week or that week, in this or that city, it means two fundamental outlets have disappeared. It will have a chilling effect on people’s ability to fund films.”

“The documentary films that POV and Independent Lens showcase, which is grade-A, premium, world-class work, are exactly in line with what public television is supposed to be doing,” Cogan said. “If the mission is to expand viewers’ understanding of the world, what is PBS doing that does that better? Is Antiques Roadshow really what public television should be devoting so much prime time to?”

WNET’s Segaller said that ratings are not his paramount concern but, on the other hand, “we’re in the communication business; we’re not talking to ourselves.”

According to Hoppe, PBS has ambitious plans for independent film, including online promotion of independent content and theatrical support for such films as Ken Burns’s The Central Park Five, Rory Kennedy’s Last Days in Vietnam and Stanley Nelson’s upcoming documentary on the Black Panthers.

“I think you’ll see us doing more targeted campaigns,” said Hoppe. “We’ll definitely be spending money the next fiscal year to highlight what we’re doing in independent films and bring viewers to our broadcasts.”

“The Monday-night prime-time slot has been good for the series,” she said. “Are there other options? Maybe. But we’d have to work together and build that audience again, because we’ve been moved around so much.”

“The sausage is still being made,” said Simon Kilmurry, executive director of POV. “It’s not always the prettiest process.”