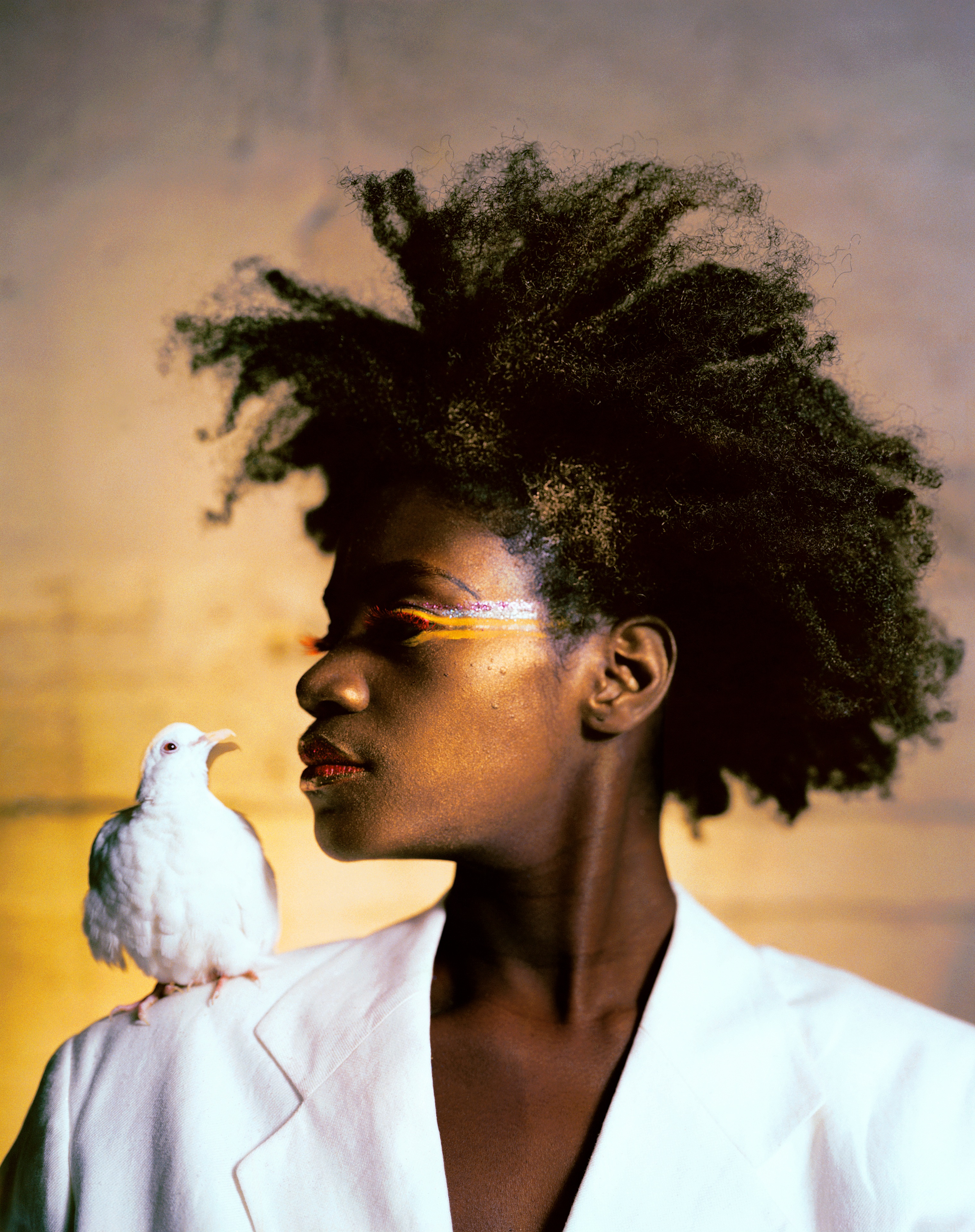 Through a Lens Darkly airs on Independent Lens in February. It explores the work of African-American photographers, such as “Untitled (Mother), 1998,” by Lyle Ashton Harris. ITVS is currently notifying producers that their films will not be seen on WNET’s main channel in New York, the nation’s biggest media market.

Through a Lens Darkly, airing on Independent Lens in February, explores the work of African-American photographers, such as “Untitled (Mother), 1998,” by Lyle Ashton Harris. (Photo: Independent Lens)

WNET in New York, public television’s largest market, will remove PBS’s documentary showcases Independent Lens and POV from its main channel starting Jan. 5 and replace them with a repeat of PBS arts programming. (UPDATE 11:01 a.m. Friday: WNET confirmed the change in an email to Current.)

Staff representatives from WNET, PBS, POV and Independent Television Service (ITVS), producer of Independent Lens, will meet Monday in New York “to discuss the station’s shift in scheduling strategy and to better understand the impact on independent programming and producers,” according to a statement from ITVS.

ITVS President Sally Jo Fifer wrote in a memo this week to staff that WNET, currently airing the two shows on channel 13 at 10 p.m. Mondays, will move them to the same time slot on WLIW, channel 21, WNET’s secondary station on Long Island with a smaller coverage area. The programs will repeat Sunday nights on channel 13 at 11 p.m. — “outside the primetime lineup,” Fifer noted.

(UPDATE: We’ve added comments from Segaller and Hoppe below.)

Independent Lens is part of PBS’s primetime National Program Service in the 10 p.m. Monday timeslot from October through May, and POV kicks off its season in June.

Fifer said in the memo that ITVS learned of WNET’s upcoming change Dec. 12. “Given the short notice of an unexpected major shift,” she wrote, “ITVS, Independent Lens and POV worked quickly to meet with PBS leadership” and are “communicating with the affected Independent Lens producers and revising our marketing and publicity strategies.”

Simon Kilmurry, executive director of POV, said in an interview that the upcoming change “does concern us. WLIW has a much shorter reach and is not where people are used to looking for us. To be honest, we’re still trying to work through the implications of all this.”

“New York is a big media market, so this affects press and visibility,” Kilmurry said. “I’m also concerned about the signal this might send across the system.”

And Kilmurry worries that POV may lose its competitive edge for acquiring important documentary titles if those films won’t air on the major-market Thirteen.

This is the second time in two years that independent filmmakers and public TV gatekeepers have clashed over scheduling of the series. In March 2012 PBS moved Independent Lens and POV from Tuesday to Thursday nights — an evening generally reserved for local programming — and the shows suffered a ratings drop of more than 42 percent in the first two months after the change, compared with the same time the previous season, according to TRAC Media.

In response to that shift, documentary company Kartemquin Films in Chicago organized a group of filmmakers known as the Indie Caucus. After public pressure from the caucus and weeks of negotiations, PBS agreed in May 2012 to place the films in the Monday schedule, a highly-rated night anchored by longtime audience favorite Antiques Roadshow.

Monday is public TV’s second-best evening of the week, with a 1.4 rating, according to TRAC Media. Sunday is the highest-rated night nationally with a 1.8 household rating last season due to the blockbuster Masterpiece series Downton Abbey. PBS’s average primetime rating was 1.1 in 2013-14.

The Indie Caucus has been working as a liaison for independent filmmakers on public television over the past two years, said Gordon Quinn, founder and artistic director of Kartemquin. He said he was stunned when he heard of WNET’s decision. “We’re trying to build a bridge here,” he said, “and somebody just burned it down in front of us.”

Filmmaker Dawn Porter, a member of the Indie Caucus, said the group has been “actively communicating” with PBS and station programmers, sometimes on a weekly basis. “We’ve been acting in good faith,” she said, so it’s “really disturbing” that WNET and PBS did not alert the caucus to the station’s decision.

UPDATE 11:01 a.m. Friday: Stephen Segaller, programming v.p. of WNET, said in a statement to Current that the station schedules independent filmmakers “in the most advantageous possible place to attract the widest audience and the most attention. In this case, we simply want to schedule Independent Lens and POV in time slots where the series will have a chance of getting a still larger audience. And we hope the same thing for our arts programming. . . . It was a strategic decision that we believe will benefit both the series and independent filmmakers we so value — and we’ll review this plan in six months to evaluate how it’s doing.”

“I have been an independent film maker and have worked with independent film makers during my entire career at PBS. No one is more of a champion than me. However, we work with independent film makers to create all types of films for WNET through various program strands — Great Performances, American Masters, Nature, Secrets of the Dead and many others. And in every case we hope to put their work in the most advantageous possible place to attract the widest audience and the most attention. In this case, we simply want to schedule Independent Lens and POV in time slots where the series will have a chance of getting a still larger audience. And we hope the same thing for our Arts programming. We are now going to carry Independent Lens and POV on two stations instead of one, and we are scheduling it on the most-watched night (Sunday) and second most-watched night (Monday) following the most-watched series on PBS (Masterpiece) on both stations. It was a strategic decision that we believe will benefit both the series and independent filmmakers we so value — and we’ll review this plan in six months to evaluate how it’s doing.”]

The news of WNET’s change prompted some strong reactions on Twitter among indie filmmakers and documentary fans:

Are you fucking kidding me? @Kartemquin I guess you are going to have to put the gun belt back on. http://t.co/cWrxLstrni