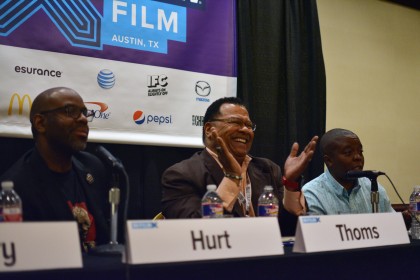 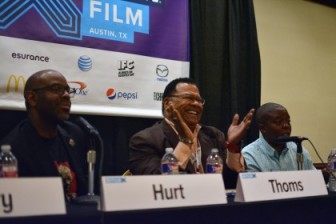 The ongoing debate between PBS and independent filmmakers about the place of their work within the network’s national schedule found yet another forum in a Tuesday SXSW session.
Panelists and attendees engaged in a wide-ranging discussion about the importance of independent filmmaking to PBS and local stations. The conversation also touched on the recent proposal by WNET in New York to move documentary showcases out of primetime on its primary channel, as well as whether the future of indie film depends at all on broadcast television.

WNET prompted a backlash among independent filmmakers in December when it announced plans to move POV and Independent Lens. The station postponed the move, and PBS launched a national “listening tour” to encourage discussion with filmmakers about their relationship with the network. Donald Thoms, v.p. of general audience programming at PBS, reiterated that WNET made its decision independently.

“We actually had nothing to do with it,” he said.

Documentary film editor Carla Gutierrez asked a question that filmmakers have raised repeatedly during the listening tour: whether PBS would designate POV and Independent Lens for common carriage, requiring stations to broadcast it within a set timeframe. PBS asks stations to carry 500 hours a year of common-carriage content, Thoms said. The network has to balance the need to maximize the reach of national programming with stations’ freedom to cater to their audiences’ desires, he said.

“It’s a complicated question,” he said. Making POV and Independent Lens common carriage could result in even fewer stations airing the series, Thoms said. If a station declines a common-carriage program, it can’t air the series at all, he said. “So while we can say, ‘Let’s just make everything common carriage,’” he said, “the local stations have the right to air programming when they feel it’s right for their audience.”

Panelist Byron Hurt, whose film Soul Food Junkies aired on Independent Lens, emphasized the importance of scheduling the showcases in uniform time slots across the country. “I understand it’s very complicated and it’s not as simple as making it common carriage,” said Hurt, who is also a member of the Indie Caucus, a consortium of filmmakers that has opposed WNET’s proposal.

“At the very least, though, I do believe that Independent Lens and POV should stay in primetime nationally.” Hurt’s comment elicited a round of applause from the audience, made up largely of filmmakers. Hurt urged attendees to pressure WNET to scuttle the proposed schedule change. The local scheduling decision has “national ramifications,” he said. “We’re hoping that by raising our voices and . . . holding the local station, WNET, accountable to PBS’s mission of providing diverse programming for the market that they’re in, that they will make sure the future success of Independent Lens and POV resides in keeping it in a primetime position.”

Filmmaker Paul Stekler, whose work includes Last Man Standing: Politics, Texas Style, asked the panel whether WNET’s decision even mattered in a time when viewers are moving away from broadcast TV. PBS Chief Programming Executive Beth Hoppe, who spoke from the audience, said the network has its eye on viewing trends but will not diminish its focus on broadcast TV, including its commitment to presenting independent films in a plum timeslot.

“It’s important to make our content available whenever and wherever [viewers] want to see it,” Hoppe said. “For the future, that should be where we’re focusing our energy. But in the meantime, though, we still get the majority of our audience through broadcast, and so we’re committed to keeping independent film in prime time.”

Concerns about vanishing broadcast audiences have a long history, Thoms added. “That conversation and fear has been going on for 20 years, and TV programmers were wondering if indeed their jobs would be eradicated because people simply watch TV differently,” he said. “We find our audience is still watching on broadcast.” But “the future is coming, and we’ll have to deal with it,” he added.