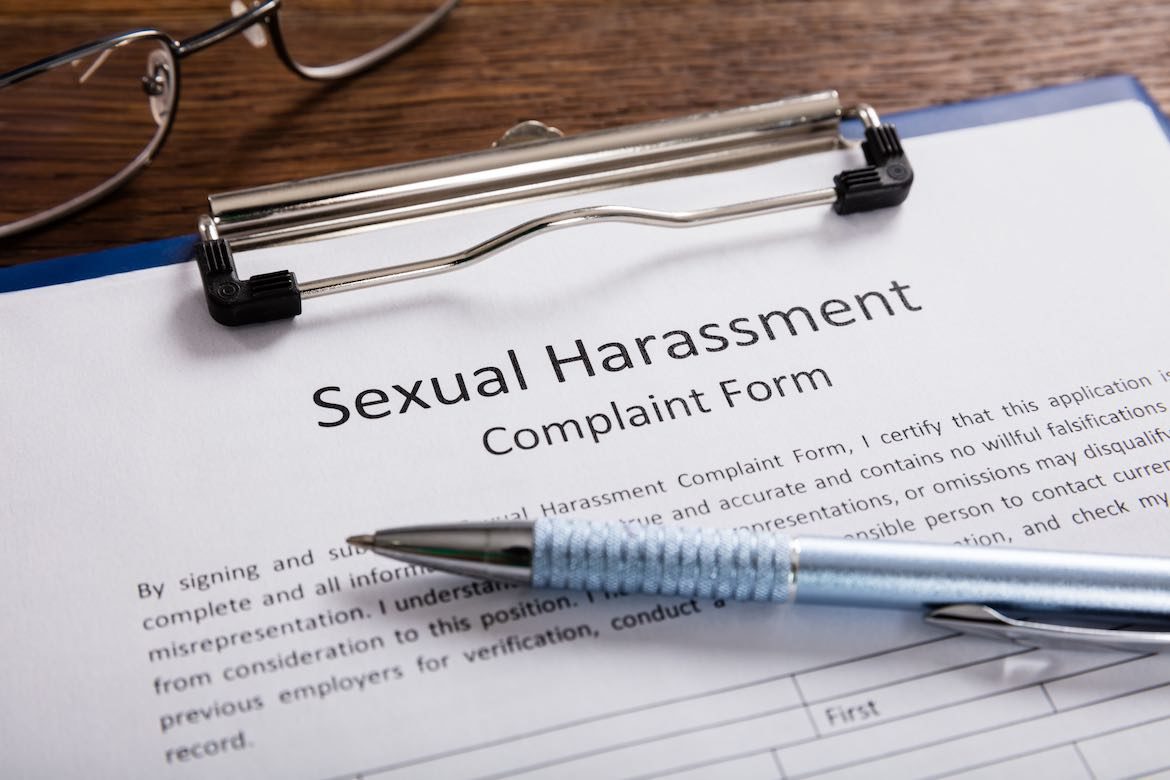 As public media leaders examine how to fix startling problems of sexual harassment within their newsrooms and program teams, they are reckoning with painful truths about how to correct unhealthy dynamics in their workplaces.

NPR, PBS and WNYC in New York have initiated overhauls of human resources policies following revelations about harassment and inappropriate behavior by newsroom executives or stars of national shows. The #MeToo exposés that swept across public media since November forced people to rethink how they relate to colleagues and whether their leaders are really looking out for them. For public media professionals who approach their work with a commitment to public service, there’s a sense of shock that such problems could take root.

“We make an assumption that because we’re doing good work that we are all good people,” said Melanie Herman, executive director of the Nonprofit Risk Management Center, who spoke at last month’s National Educational Telecommunications Association conference in Washington, D.C. “Also, we assume that our culture is healthy. An important first step is dispelling the notion that it can’t happen here.”

Executives from PBS and NPR joined her as panelists in the session “Workplace Harassment: An Unacceptable Risk.” It was the first discussion at a public media conference of how public TV and radio leaders are rethinking practices for preventing and responding to complaints of harassment.

The efforts must go deeper than providing training, though that is an important part of the work that’s underway, panelists said. Executives at NPR and PBS said they are examining problems in workplace culture and taking steps to invest more in HR staffing and new ways to identify problems. 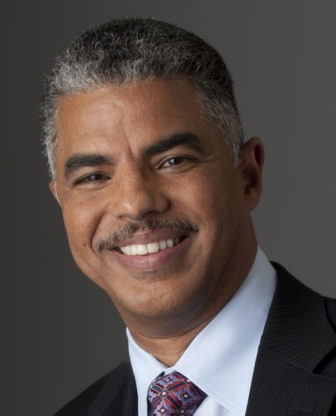 NPR just hired a consultant to conduct an internal “climate survey” and will be training volunteer staffers to assist employees who may be reluctant to go to HR with harassment complaints, said NPR’s Keith Woods, VP for newsroom training and diversity, an NETA panelist.

PBS VP of Human Resources Mike Jacobson, also speaking on the panel, said that PBS is “figuring out ways to bring communication from the bottom up, to ensure that people feel empowered to speak up.” That includes surveying employees, training managers and hosting meetings where staffers can interact with top executives.

Jacobson also plans to meet with HR leaders from member stations about “practices around this topic and build a network of support,” said Jennifer Byrne, PBS spokesperson. The meeting, a conference call planned for late February or early March, will cover other HR issues as well. PBS President Paula Kerger also announced at the annual TV critics’ winter press tour last month that PBS has tightened policies for preventing and reporting sexual harassment.

Some public media staffers who manage HR are struggling, Jacobson said. As he connects with station employees who oversee anti-harassment training, he’s heard, “‘I do HR half the time,’ or, ‘I’m doing three jobs, and HR is one.’” 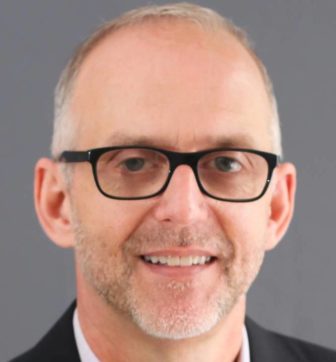 In those situations, Jacobson said, “off the shelf” anti-harassment training programs, many available online, may be useful to complement internal training.

But Herman cautioned against organizations depending solely on what she called “generic” training. Often, “the primary purpose of those programs is so that management can say everyone was trained,” she said. “It’s a fair criticism.”

Such training can often convey the wrong message to managers, “which is ‘How to win if we get sued,’” Herman said. “There’s no prevention message at all.”

“I don’t have any such programs that I can recommend,” she added.

Herman believes that small group discussions are the best approach to anti-harassment training. That format allows employees to talk about what behaviors are inappropriate in the workplace.

WHRO, a dual licensee in Norfolk, Va., took this approach after allegations of harassment by NPR’s former news chief Michael Oreskes “hit close to home,” according to President Bert Schmidt. All employees participated in small-group discussions that recently concluded.

“We needed to have conversations in-house, to make sure people understand the issues,” Schmidt said in an interview. “Harassment is not a problem here, and we didn’t want it to become one.”

Woodard said she’s aiming to “help solidify a workplace culture of trust and transparency in order to help facilitate discussions” around challenging subjects, including harassment.

“Being available, approachable and accessible is critical … Simply put, when employees trust you, they will come to you.” — Julie Woodard, WHRO

“Being available, approachable and accessible is critical in accomplishing that goal,” Woodard said. “Simply put, when employees trust you, they will come to you.”

Woodard convened small-group meetings about harassment with WHRO staffers throughout December. The goal was to create a way for employees to “feel comfortable asking questions and engaging in meaningful dialogue,” she said.

“Great questions have come up, clarification on scenarios have been shared and just overall awareness has been raised,” Woodward said.

Woodard said one of the best practices is to create and adopt a zero-tolerance policy. That includes eliminating “jokes, emails, posters, calendars and other visual content that does not support the company’s anti-harassment policy,” she said.

She also recommends that stations train managers and supervisors annually. “If a manager is aware of harassment and does not report it, the company may be found liable,” she said. “In the HR legal world, we call that ‘vicarious liability.’”

HR leaders should circulate and post information about how to file a harassment complaint so staffers know what to do, Woodward said. They should post a sign in the lunchroom and on the company intranet that lists ways to report harassment, she suggested, and include it in the employee handbook. Following the small-group talks, Woodward shared a PowerPoint on harassment training for employees to review.

During the NETA session, panelists agreed that attention to workplace culture is essential in preventing sexual harassment as well as encouraging victims to come forward.

A task force from the Equal Employment Opportunity Commission also recommended that approach. Its 2016 report found that “training cannot stand alone but rather must be part of a holistic effort undertaken by the employer to prevent harassment that includes the elements of leadership and accountability.”

As Woods said, “we are learning that the best culture is where everybody feels the person above them has a zero-tolerance policy when it comes to something like sexual harassment.” That culture “needs to be built in action and words over a long period of time,” he said.

“To shape a culture, you have to constantly focus on it.” — Mike Jacobson, PBS

Jacobson added that “to shape a culture, you have to constantly focus on it.”

At PBS, “we want to set up an environment where people can bring their best selves to the organization,” he said. That specific message comes from leadership, Jacobson said, “and is repeated throughout the organization in staff meetings and communications.”

Woods emphasized the importance of listening to staffers who file complaints and respecting their feelings about the investigation process. “What I’ve learned is, what stopped some women from coming forward [with sexual harassment complaints] is that they didn’t want a hammer to come down on the man accused — all they wanted was for him to stop doing what he was doing.”

An employee committee at NPR is organizing a volunteer group that will open “another channel for coworkers seeking help or support in surfacing uncomfortable workplace situations,” said Isabel Lara, spokeswoman. The committee is selecting a vendor to provide training to the volunteers.

“Our hope is that the group of volunteers will represent every corner of the organization,” Lara said. The group “will be working in tandem with NPR’s HR processes, directing people to seek HR guidance when appropriate.”

NETA panelists agreed that “sympathy is not enough” for employees who experience harassment, as Jacobson said. Those who handle their complaints need to treat them with empathy, as in “I understand you and feel your pain,” he said. “And beyond that is compassion, where not only do you understand the situation but you are committed to doing something positive to help.”

Deanna Mackey, executive director of public TV’s Major Market Group, produced the NETA session. “I’m sure this will be a topic that will be addressed at other conferences this year as well,” Mackey said.