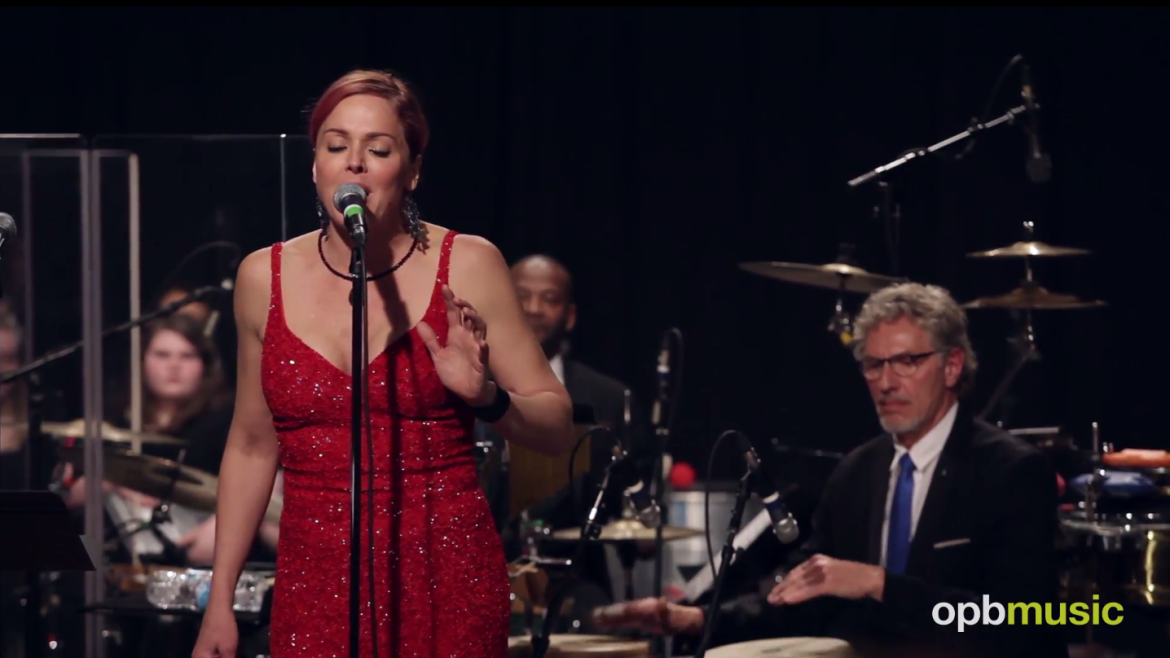 A performance by Pink Martini, one of the most popular artists on VuHaus, from a video produced by OPBMusic.

VuHaus, a platform showcasing music videos made by public radio stations, has received a second-year grant from CPB for $430,000 to extend through August.

The service has seen growth in station affiliate members and audience since launching last May, Erik Langner, president of VuHaus, told Current.

VuHaus received an initial $750,000 grant from CPB to support buildout of the platform, which aggregates music videos and streams live performances produced by the affiliated public radio stations. It has so far featured about 2,000 videos from roughly 900 artists and has fed 110 live webcasts, according to Langner.

The website has garnered over 435,000 pageviews and has seen month-over-month growth since launching. The site also gets 80 percent of video views, with the remainder coming from embeddable players on station websites.

The platform has grown to include nine affiliate stations, including the five founding stations, which have seats on the VuHaus board. The affiliates include WXPN in Philadelphia; WFUV in New York City; KCRW in Santa Monica, Calif.; KUTX in Austin, Texas; KEXP in Seattle; KTBG in Kansas City; OPBMusic in Portland, Ore.; KXT in Dallas; and West Virginia Public Broadcasting’s Mountain Stage.

WVPB, the most recent station to sign on with VuHaus, joined last fall. The chance to bring in underwriting revenue through VuHaus’ sales on behalf of stations was especially attractive to WVPB, said Scott Finn, executive director and c.e.o. at the broadcaster.

By itself, the station doesn’t “have that capability to try to aggregate our audiences where we can get the attention of a Squarespace or MailChimp,” Finn said. “VuHaus gives us the opportunity to do that.”

Being a part of VuHaus also gives Mountain Stage the opportunity to draw more viewers, giving the station an “incentive for us to up our game on video,” Finn said.

“We’ve been putting video on YouTube for years. And we don’t earn a penny from our YouTube videos,” he added. “At some point, it’s not just about getting eyeballs. … [WVPB has] a stake in [VuHaus] in a way that I don’t have in YouTube.”

Finn has noticed a good collaborative spirit in the short time his station has been involved with VuHaus.

“We’re not competing,” he said of the stations involved. “We’re all boosting each other’s content and turning each other’s audience on to what’s going on around the country.”

“This is the first time I’ve felt like Mountain Stage is a part of a larger community of public radio stations that are working together for the same goals,” he added.

A station joins VuHaus by paying a $10,000 annual fee, which includes an embeddable video player for its website; a city page on VuHaus’ site, which the station curates; and the inclusion of its content on VuHaus’ site. Stations can also pay $5,000 annually and get the same benefits minus a city page.

Langner said VuHaus hopes to grow to 20 affiliate stations by August, which could help to boost boost sponsorship revenue. Subaru sponsored a live stream of WXPN’s XPN Fest in Philadelphia last summer, and VuHaus is in talks with other potential sponsors.

VuHaus is finding that its audience is generally younger compared to the overall public media audience, and most of its traffic comes from social media sharing. As of Jan. 7, VuHaus’ audience across its website, app and embeddable players on station sites was 44 percent under 35 and 67 percent under 45.

“Our most popular videos tend to be those where the artists themselves promote on social media and create playlists on our site,” Langner said. Artists including Pink Martini, Natalia Lafourcade, Jason Isbell, Mudhoney, Dawes, Grupo Fantasma and Kurt Vile have been among the most viewed so far.

VuHaus is also considering expanding its offerings beyond just promotion of music videos from stations. According to Langner, the team has thought about how to be “a better resource for artists, not just in promotion, but learning from artists and program directors about the ins and outs of the [music] business and how quickly it’s evolving.”