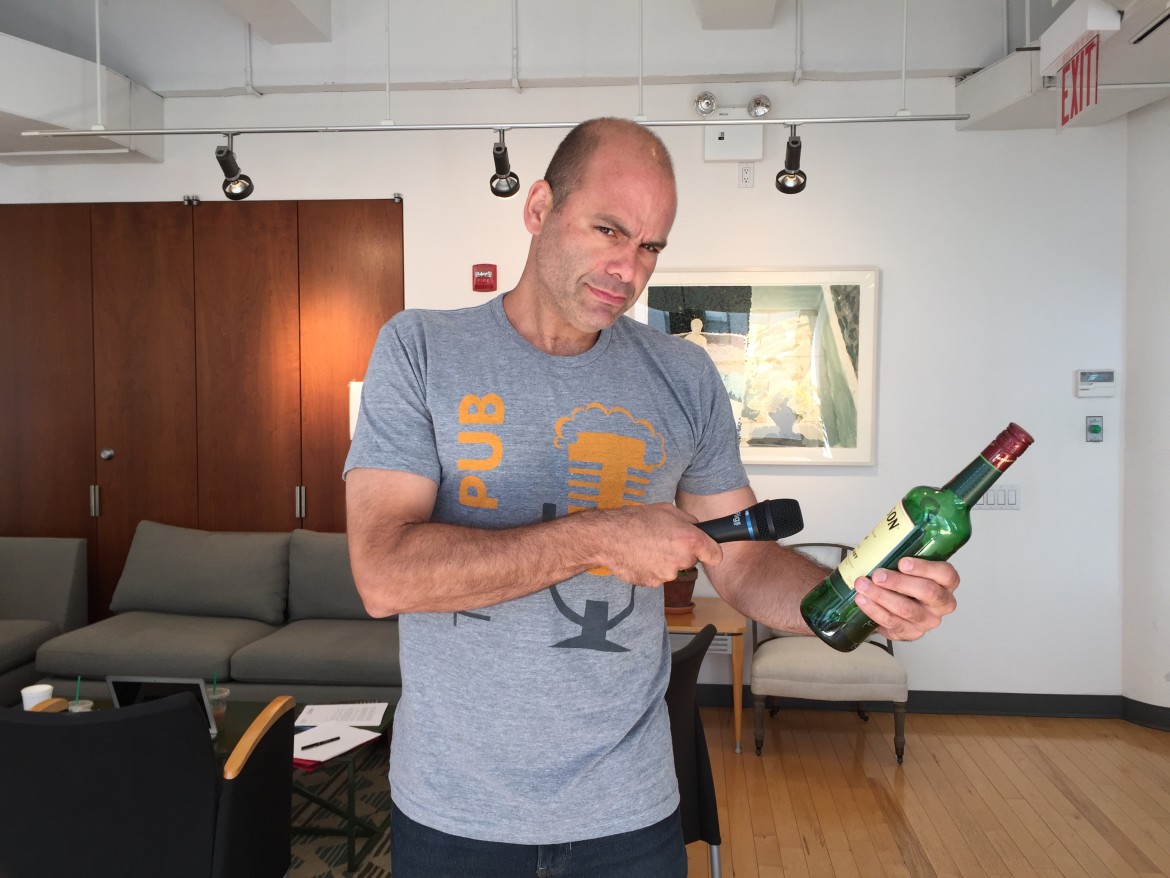 Mike Pesca wears a Pub t-shirt while interviewing a bottle of whiskey, as one does. (Photo: Andrea Silenzi, Slate) 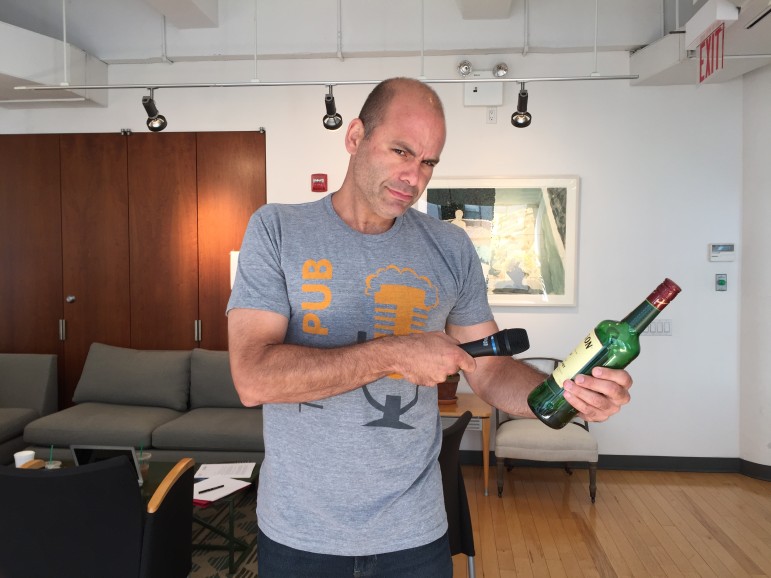 Mike Pesca wears a Pub t-shirt while interviewing a bottle of whiskey, as one does. (Photo: Andrea Silenzi, Slate)

While Mike Pesca still makes regular appearances on NPR, he hasn’t worked there for a year and a half. But he still listens.

“I loved NPR, I still do,” Pesca told me on The Pub. “I kind of love it for its flaws, as well. Among them, a stodginess.”

Pesca, whose work as a sports correspondent for NPR was more bombastic and humorous than typical NPR fare, has been freer to cultivate his talents and eccentricities in his new primary gig, hosting The Gist podcast for Slate.

“For those of us who worked at [NPR’s] New York bureau with Mike, that he wasn’t given his own show was a source of constant confusion and frustration,” said Planet Money co-founder Adam Davidson, who left NPR not long after Pesca.

This week on The Pub, Pesca talks about life after NPR, how public media looks from the outside, his rabble-rousing interview with Kim Kardashian while sub-hosting Wait Wait . . . Don’t Tell Me! and whether he thinks NPR has heeded his parting advice to be more ambitious and daring. (He doesn’t.)