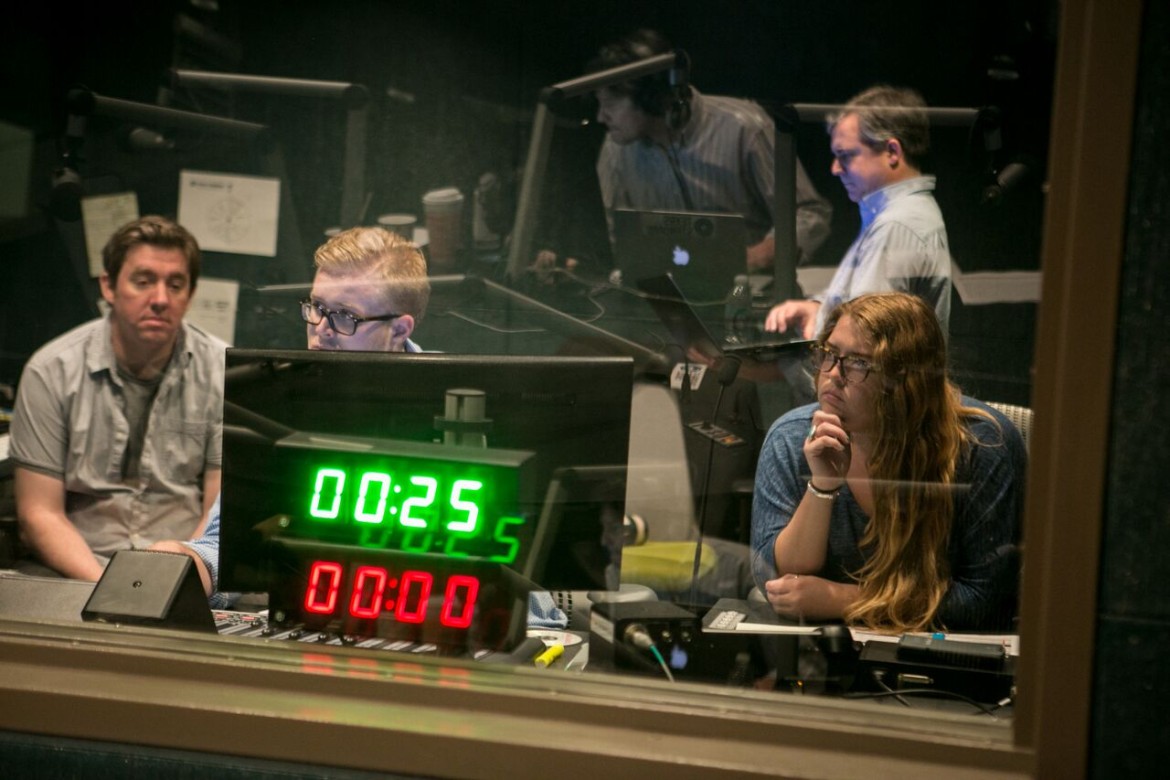 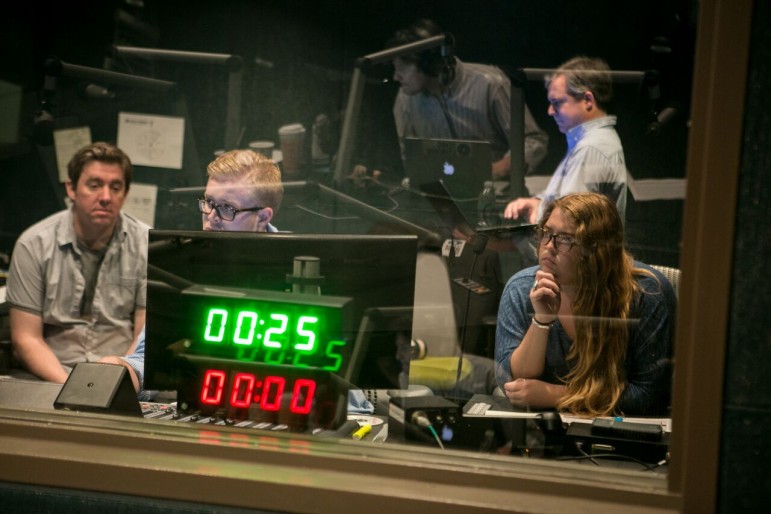 Four stations in Texas launched a collaborative newsroom initiative Saturday to increase the reach of news stories about the state, building on their existing partnership producing a daily newsmagazine.

The Texas Station Collaborative, funded by a two-year, $750,000 grant from CPB, is a partnership among lead station KERA in Dallas–Fort Worth, KUT in Austin, Texas Public Radio in San Antonio and Houston Public Media to produce more Texas-focused stories for national news programs like Morning Edition, All Things Considered and Marketplace in addition to daily statewide newscasts.

The stations are also working together to produce Texas Standard, a daily newsmagazine based out of KUT’s studios.

“Texas is a state with an incredible amount of public media resources,” said Rick Holter, v.p. of news at KERA in Dallas. “For too long, those resources have been headed out in all different directions. The idea [with the collaborative] is to direct it.”

“Instead of acting like a bunch of newsrooms with 15 people, [we should] act like there is a big presence in Texas with 50 to 60 reporters,” he said, in order to have “a bigger impact.”

The grant will help pay for a digital content-sharing platform “hopefully based on the [Public Media Platform],” Holter said. The participating stations are now sharing content with an email list they call Audio Texas.

“We’re hoping to build a model here that stations looking to do a similar thing around the country can use,” Holter added.

A coordinating editor will be hired as a liaison between the stations and national and international news outlets like NPR and the BBC. “Part of what we’re trying to do here is raise the profile of Texas stations, reporters and Texas news on the national and even international stage,” Holter said. “The idea is to simplify communications on [the national network] end” by having one point of contact for stories from Texas, he added.

The new editor will be based in Dallas and will coordinate and edit statewide reporting projects. For example, an editor had been on staff during the Ebola outbreak would have asked, “What angle is in Austin? What angle is coming out of the Port of Houston? What do we need to do in a more rural place?” Holter said.

The grant will also pay for a statewide newscast producer who will work out of KUT, producing three statewide top-of-the-hour newscasts. One will be for Texas Standard, and the others will likely air during Morning Edition and the noon or 1 p.m. hour. The newscasts will be made available to other Texas stations, and segments will be offered to national networks.

A coordinating board comprising two staffers from each partner station — generally the top news and content employees — will meet regularly to discuss the direction of the partnership. Holter plans to have the collaborative running and the content-sharing platform built by January.

“The Texas Station Collaborative is an example of increased media integration and a pathway for stations to work together to maximize resources while expanding their high-quality journalism that audiences value,” said Bruce Theriault, senior vice president journalism and radio at CPB, in a press release.

Other stations around the state will also be able to participate as contributors.

“This is a partnership between the four biggest stations, but our vision is for this to be a true statewide network,” Holter said. “This is not like some exclusive club.”

The idea for the partnership arose when the stations met to discuss next steps after Texas Standard and how they could build on the collaboration around the program, according to Holter.

Why collaboration is working in Texas

It’s no secret that some stations have strong rivalries and grudges. At a CPB board meeting in June, Michael Oreskes, NPR’s new senior v.p. of news, said: “As I look around the system, the number of people who seem to have some resistance or some grudge or some anger at somebody else in the system and therefore uses it as a reason not to get something done is truly staggering.”

But stations in Texas are trying to overcome that. “There have tended to be rivalries in our system over the years that in 2015 don’t make a lot of sense,” Holter said. “One of thing we’re trying to do is get over rivalries and figure out ways to build strength instead of butting heads.”

The four stations, along with others around the state, came together early this year to pull off the large undertaking of starting a statewide daily newsmagazine, Texas Standard. The program airs on 23 stations in Texas, which cover more than 80 percent of the state’s population.

Five months after launch, the program has a combined average–quarter-hour audience of 22,500 across the stations in Dallas, Houston, San Antonio and Austin, according to Stewart Vanderwilt, g.m. at KUT. That listenership “feels pretty substantial,” he said.

The show’s website, TexasStandard.org, surpassed 1 million pageviews last month when a post about Sandra Bland’s arrest and suicide went viral. The month before, the website had 85,000 pageviews and was growing at a rate of 25 percent a month.

Texas Standard has also secured a long-term title sponsorship from Texas Christian University, with the underwriter mentioned at the top of the show on every station. TCU also receives a 15-second underwriting credit within the program. Texas Mutual has signed on as a statewide sponsor of the program’s coverage of business and the economy.

KUT has increased its investment in the program. Its initial budget for the show was $700,000. That will increase to $935,000 for the upcoming fiscal year, which startsSept. 1.

“It’s a hungry beast,” Vanderwilt said. “Any daily newsmag production requires a lot of content, and once it starts, it never stops.”

“Anytime you launch a show like that, it takes a while to find your footing,” Holter said. “It feels like the show has found its voice.”

Texas Standard helps reporters and stations get a broader reach with their stories. “That’s a big deal for stations,” Holter said. “We can see that KERA is having a statewide impact that it didn’t have before.”

Vanderwilt emphasized that the audience numbers are still a small sample since the program has been on the air for just five months. “What I think is more substantial is that stations have come together to create a statewide platform,” he said. “There’s this spot where stations with stories that resonate outside their communities can reach the entire state.”

Capella Tucker, director of content at Houston Public Media, says the show is succeeding due to a strong spirit of collaboration among the stations.

She said that even before StateImpact — a reporting project started in 2011 with NPR and member stations in various states, including Texas — “there had always been this effort to keep in touch,” with news directors calling each other to see what other stations were working on, she said.

But Texas Standard “brought everything closer together,” she said, and the program has helped HPM reporters focus their stories and avoid duplicate coverage, she said. If, for example, an education reporter in Dallas did a series about elementary school, her station might complement it with one about middle or high schools.

Tucker says the station got a lot of positive feedback about the program during its recent membership drive. There’s “excitement about the local coverage that’s happening,” she said.

Collaboration in Texas has worked well in part due to the state’s size, according to Vanderwilt.

“ . . . Because Texas is so big, there isn’t much overlap,” he said. “It gets people out of the zero-sum game that may exist elsewhere. We certainly haven’t felt it here in Texas.”