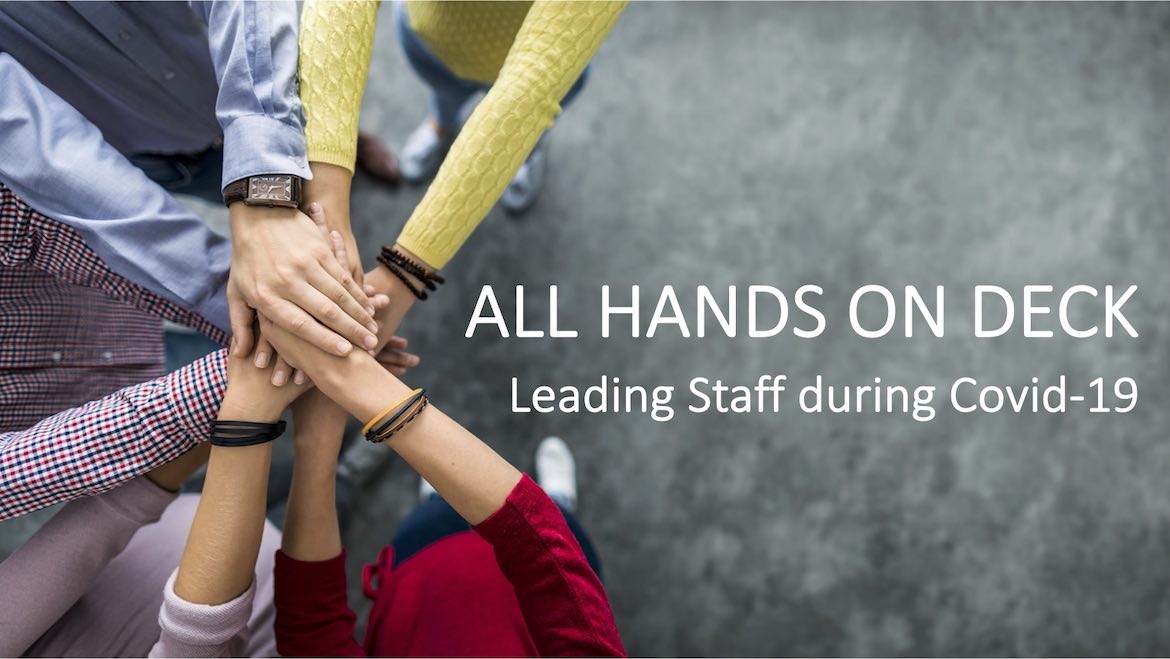 As the coronavirus pandemic has upended operations at public media stations, two leaders of public media organizations in Texas shared details Wednesday in a webinar co-sponsored by Current about how they’re managing the crisis.

At KUT in Austin, the station started planning for the “worst-case scenario” in late February, said GM Debbie Hiott. Not long after those talks began, South by Southwest canceled its annual conference in the city.

“Early on with that cancellation, we knew that not only was this going to be a big news story, but there’s going to be an economic impact for our station” because many of KUT’s sponsorships are related to live events, Hiott said.

Hiott spoke during a webinar that launched “Building Resilience,” a biweekly series that looks to provide stations with ideas and inspiration during the crisis. Current and partners Greater Public, the Public Media Journalists Association and Public Radio Program Directors are convening the series with support from the Wyncote Foundation. PMJA Executive Director Terry Gildea interviewed Hiott and Nico Leone, CEO of KERA in Dallas.

Hiott discussed handling communications with staff during the pandemic as the station has moved to a work-from-home setup. Early on, station management sent memos to staff letting them know that the station was preparing for worst-case scenarios. As the situation continued to evolve, “it was important to communicate as frequently as possible,” Hiott said.

Hiott has since been checking in with staff individually to see how they’re doing “because it’s just so easy for people to feel isolated,” she said.

Management is also “reassuring people that we understand that the work that they do from home is not going to be exactly what it was at work, and that’s OK,” Hiott said.

With sponsorships taking a hit, KUT is planning to rely “more heavily on our membership and our large donors,” Hiott said. The station scrapped its traditional spring drive in favor of a one-day drive with a match from a major donor. The station has since been soft-pitching and had a smaller drive for Giving Tuesday this week.

“People have responded,” Hiott said. “We have done better in terms of donations, gifts, than we would have throughout our typical spring drive.”

As the pandemic has unfolded, KUT has taken steps to connect with the community. It published an article laying out a list of commitments to its audience regarding its coverage, including how it fact-checks information and how it will correct mistakes. The station has also translated some of its COVID-19 coverage into Spanish.

At KERA, Leone was just weeks into his new role when the station had to begin making contingency plans around the pandemic. “It almost feels like I’ve run two different organizations in a three-month period,” as 90% of the station’s staff is working remotely, he said.

The station’s management also began sending daily emails to staff to explain what the organization is doing and to provide “as much reassurance as we can” Leone said.

KERA has deployed staff from other departments in the newsroom as “support and backup” to help with the fast pace of news coverage, Leone said. The station also accelerated some hires it was planning to make “just to make sure that the newsroom knew that even as we were stretching them thin, that reinforcements were on the way,” Leone said.

KERA has pivoted One Crisis Away, an ongoing series about people living on the edge financially, to focus on the pandemic.

KERA has taken a “big hit” in underwriting, Leone said, but he added that membership and major giving have “held up pretty well, and we’ve been pretty aggressive with continuing asks in different ways.” The station raised $150,000 during Giving Tuesday, “which is really going to be helpful,” he said.

KERA has been managed conservatively from a financial standpoint, so it has had to make cuts but hasn’t had to reduce staff, Leone said. “We’ve been really clear with our staff that that’s not where we’re headed any time in the foreseeable future,” he said.

The next webinar in the series will be May 20. Subsequent webinars will be held on the first and third Wednesdays of each month.