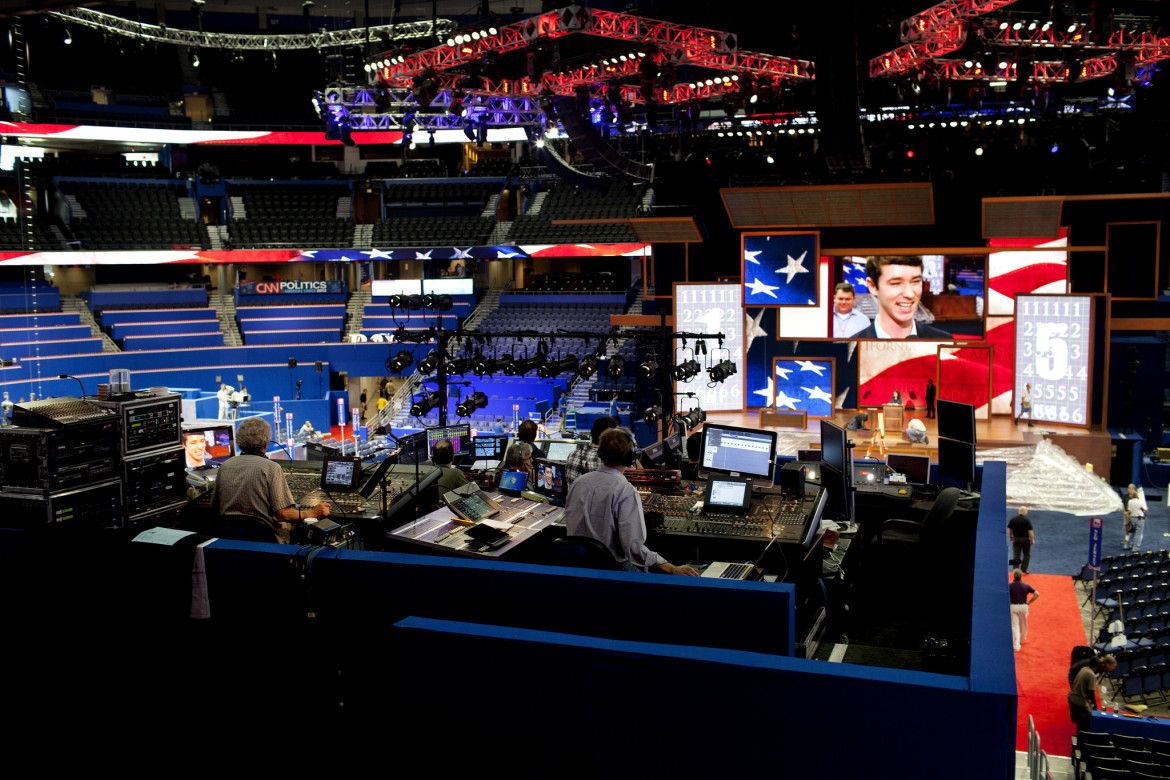 NPR and PBS NewsHour announced Tuesday a collaboration on coverage of next year’s elections and other journalism projects.

As part of the collaboration, the two media outlets will cover the 2016 political conventions with a team of journalists and broadcasters producing coverage for television, radio and digital platforms.

NPR and NewsHour have collaborated before, “but on a much smaller scale,” said Sara Just, NewsHour’s executive producer. NPR reporters have appeared on NewsHour, and vice versa. But “this kind of collaboration is new,” she said.

Until recently, discussions about collaborating were in “very broad strokes,” said Just. But when Michael Oreskes, NPR’s s.v.p. of news, joined the network in March, Just contacted him during his first week on the job to discuss working together.

“He was very enthusiastic,” Just said. “We all thought [collaborating] would be beneficial to both organizations.”

The political conventions stood out as an opportunity due to their complexity. NPR and NewsHour decided that “we could do better and more together than we could on our own” at the conventions, said Oreskes.

The two outlets are not just collaborating on election coverage. They published a story on food waste Tuesday that an NPR reporter and NewsHour producer reported and researched together, resulting in a television and radio version. Just said she talks to Oreskes “regularly” about other collaborations.

“We’re going to do a lot of things together,” Oreskes said.

Cost-sharing is worked out for each individual project, Just said. “We don’t have any kind of model yet.” CPB is “very supportive” of the plan for collaborative convention coverage, “but nothing is finalized,” Just added.

Research conducted by NewsHour shows that people who watch their show also consume NPR content. “By working together, we make each other’s audience more aware of each other,” she said. “We would be foolish to not take advantage of that.”

Speaking Tuesday to members of CPB’s board of directors, Oreskes discussed roadblocks to collaboration that he’s observed within public media. “As I look around the system, the number of people who seem to have some resistance or some grudge or some anger at somebody else in the system, and therefore uses it as a reason not to get something done, is truly staggering,” Oreskes said.

“Public media in this country has an enormous opportunity and responsibility,” he added. “And I sometimes think as I go around listening to people argue with each other that they don’t realize actually how important they are. These are the kinds of feuds and fights that were all fine and good when you were a small player, but we’re not small players anymore.”

3 thoughts on “NPR and ‘PBS NewsHour’ partner on election coverage”