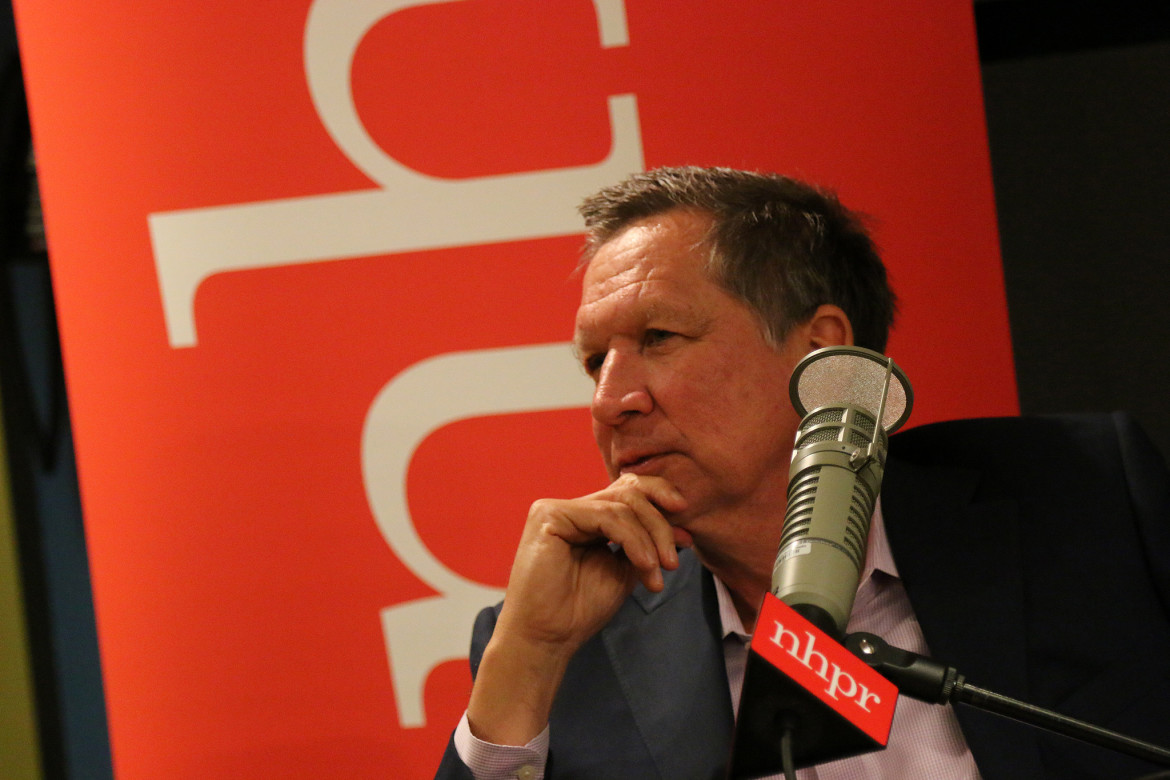 New Hampshire Public Radio hopes to make sense of its state’s political past and future with the launch Tuesday of a new elections database, the latest feature in its $1.73 million State of Democracy initiative to expand its political reporting.

The New Hampshire Elections database allows anyone to look in-depth into every state election since 1970, sorting by office, primary versus general election and, for local races, by county. For each election, the database also provides town-by-town results, helpful charts and in some cases short explainers.

NHPR collaborated with Adam Friedman, a web developer, government-reform advocate and founder of Civera Software, to produce the database using his ElectionStats software. Friedman had previously employed his technology in partnerships with the states of Massachusetts and Virginia and found another willing partner in NHPR.

“[NHPR] had an interest in doing more data-driven journalism with a relatively high level of analysis,” Friedman said. “So it was a natural fit for them to be the liberators of all this data.”

Dan Barrick, NHPR senior editor for politics and policy, sees the database as a tool for journalists, pollsters and political junkies to understand how New Hampshire politics have changed over the past half-century. NHPR recently used it for a story examining how Democratic candidates Barack Obama and Hillary Clinton fared in the state in 2008 and what that means for Clinton and Bernie Sanders in 2016.

“We’ve just started to think about how to use it, and we want to see what other people come up with,” Barrick said. “We’ve talked with pollsters and political junkies, and nothing like this really exists. It opens doors for others’ research about state politics.”

Friedman said he thinks that the database can improve people’s understanding of who represents them and level the playing field for candidates with fewer resources, who can use the database to better understand where and how to concentrate their efforts. Though party organizations were interested in the technology, Friedman said that it was important to ensure that the database’s information is available to everyone.

Adam Friedman stands in front of the Massachusetts State House, where he first implemented his ElectionStats technology. Friedman partnered with NHPR to produce a similar database for New Hampshire. (Photo: Christopher Huang)

Friedman also hopes journalists will use the database to look at trends in partisanship and political polarization. For example, a journalist could see how a town’s lawmakers have changed over time and compare those developments to broader trends. “There’s a lot of rhetoric, but the only truth is in the data,” Friedman said.

In its current form, Friedman believes that ElectionStats could be used in every state. He hopes to continue working with state governments and eventually improve the technology to provide voters with real-time results on election night.

NHPR launched its State of Democracy reporting unit in May 2015 to investigate the forces shaping New Hampshire politics and the impact of politics on the people of New Hampshire.

Betsy Gardella, NHPR c.e.o. and president, said that the initiative emerged from an analysis of local journalism in New Hampshire. Noting that the state’s corps of journalists shrunk by half over a decade, the Concord-based station resolved to expand its political reporting.

“As we were looking at the external environment and thinking of our core competency, we thought we could build out our newsroom,” Gardella said. “[We could] not just do beat reporting but do investigative and enterprise stories with a strong impact that not many others in New Hampshire are doing.”

Last week, State of Democracy posted its 2016 Presidential Primary Voters’ Guide, which brings together all of its primary coverage with maps, infographics, a campaign calendar, photos, blog posts and articles from the past year.

“It’s coming up with a new and more important set of reporting questions,” Barrick said. “Maybe it doesn’t get as many headlines as a Donald Trump rally in Manchester, but it’s more important to the people of New Hampshire.”

Democratic presidential candidate Martin O’Malley talks to an NHPR reporter Oct. 16. The lead-up to the primaries has given NHPR a chance to experiment with its new State of Democracy unit. (Photo: Allegra Boverman/NHPR)

Barrick described the run-up to the New Hampshire primary Feb. 9 as the perfect “laboratory” for NHPR to experiment with its new unit and figure out what works.

“The public is hungry for more deeply reported, more nuanced sources of information about public policy and politics,” Barrick said. “This was really needed in New Hampshire. In some ways we’re just getting going, but the primary certainly made us go from 0 to 60 pretty quickly.”

State of Democracy is one of three initiatives that make up a $5 million NHPR campaign that also includes an environment initiative and New Hampshire Commons, a project to improve local service. NHPR has raised more than $3.4 million, and Gardella hopes to finish the campaign by the end of summer.

The State of Democracy team consists of three full-time staffers and one part-timer working closely with the NHPR newsroom. NHPR sees it as a permanent effort to answer the “so what” of politics in New Hampshire for years to come.

“There’s tremendous enthusiasm in raising money for our campaign around State of Democracy because this is just the type of work many news outlets are not doing,” Gardella said.