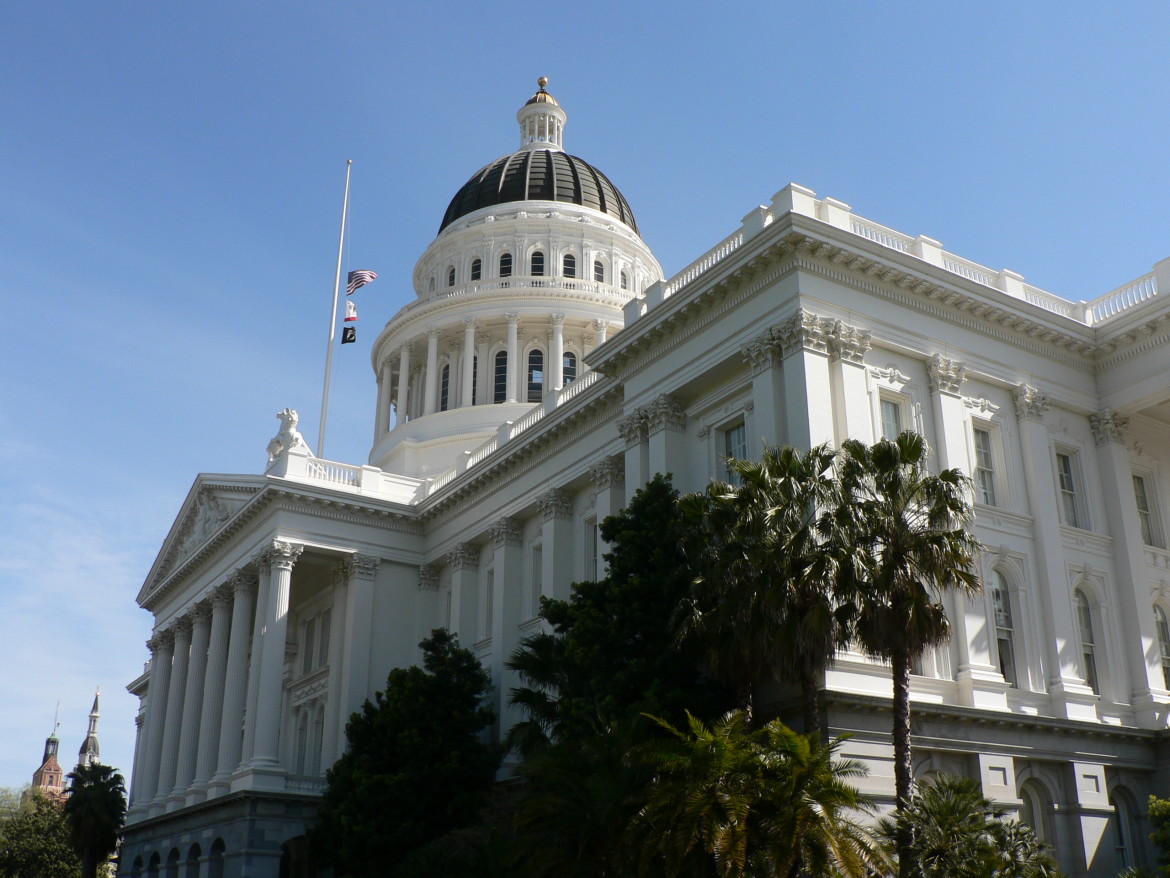 Capital Public Radio’s reporting from the state capitol will be part of the collaborative reporting project. (Photo: David Monniaux via Wikimedia Commons)

Four public media organizations in California are kicking off 2016 with a yearlong project to share reporting resources for covering this year’s state elections.

Under the working title of the California Counts Collaborative, KPCC in Pasadena, KPBS in San Diego, KQED in San Francisco and Capital Public Radio in Sacramento will share reporters and editors to offer comprehensive coverage of state issues throughout the election year.

Station heads said the collaboration will generate “in-depth, unbiased, highly coordinated, multi-platform coverage and resources that voters can use to inform their decisions,” according to a statement.

The partners haven’t set a date for their first reports, but KPCC VP of Content Melanie Sill said they aim to launch late this month. The collaboration was first announced in November.

The group is using a $135,000 grant from the Irvine Foundation and, with that money, KPCC is looking to hire a project manager in charge of “coordination and day-to-day oversight” of all aspects of the project, including working with station reporters and editors. According to the job posting, the position will pay $77,900 for the year’s work and be based at KPCC in Pasadena.

Sill said the collaboration is only on statewide issues, not local issues. “We’ll all do our own coverage, too; each station will continue to do coverage of its own area,” she said. “We’ll be looking at issues that people care about and ask how the candidates are addressing those issues. That’s an area of coverage we call ‘activating voters.’”

Sill points to KPCC’s “Make Al Care” series as an example of activating voters. The station took on voter apathy last year by focusing the story of one voter in Los Angeles, Al Gordon. It invited listeners and elected officials to discuss why municipal elections matter.

Participants says the state is a trendsetter for the nation in terms of hot-button issues like medical care, immigration and same-sex marriage. It also faces low voter turnout, which inspired a creative approach to election coverage such as the “Make Al Care” project and now the California Counts Collaborative.

The collaborative will also offer a digital voter guide, which each station will tailor to its own audience to address local issues. Some shared project initiatives include profiles of Senate candidates, coverage of ballot propositions, and analysis such as fact-checking of candidate statements and political ads.

The collaboration will yield deeper and more expansive coverage than what each station could accomplish individually, said Joe Barr, chief content officer at Capital Public Radio. For past elections, he said, stations handled their own coverage and didn’t share production costs. “That was a waste of resources,” he said.

Several KPBS reporters will also contribute to the voter guide, but the station’s primary task is to host and produce a statewide debate for the U.S. Senate seat vacated by Barbara Boxer, said Nancy Worlie, associate general manager for content and communications. Details for the event have not yet been announced. The debate will be offered to media organizations for online streaming, including public and commercial TV, radio stations and websites, she said.

Participating stations have shared reporting and collaborated on special projects before, but not on this scale. Pubcasters across California rely on Capital Public Radio’s state capital reporting and KQED’s The California Report, which produces daily morning segments and a weekend newsmagazine.

The new collaborative project grew out of conversations about creating a content-sharing platform that Sill initiated with her peers at Capital Public Radio and KQED. As a former top editor at the Sacramento Bee, she had forged alliances with other journalists in the state capital and found that news chiefs at other stations were interested in exploring new ways to work together.

“We both felt that there was a lack of sharing and collaboration among all stations, let alone the highest-resourced stations of KPCC, CapRadio, KQED and KPBS,” Barr said. “The election seemed like a natural place to start working together, and it just blossomed from there.”

Sill and KQED Executive Editor for News Holly Kernan had similar, parallel conversations. “Holly called me about an election collaboration, and I had been talking with Joe [Barr] about the same thing,” recalled Sill. When she pitched the idea of a statewide partnership that went beyond KPCC and KQED, Kernan was on board. “We then expanded it to include KPBS,” Sill said.

“It was sort of an obvious idea once we said it out loud,” Sill said. “We got everyone on board and had a meeting in Sacramento last summer.”

Once the project launches, Sill said, up to 30 reporters and editors across all stations will contribute to reporting.

“There’s really an unprecedented spirit of collaboration among our stations,” Barr said. “It’s about time public media in this state begins to harness our collective resources for even greater impact. We’re all hoping this will lead to long-term collaboration after the election is over.”

Editor’s note: This post has been revised to include details about shared news programming and reporting that originate from Capital Public Radio and KQED and to clarify how the stations agreed to work together on election coverage.