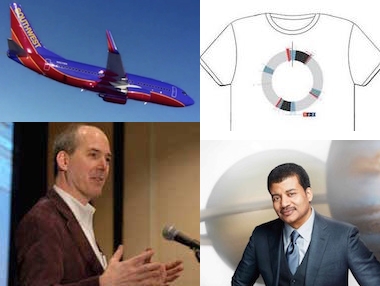 We asked our reporters to reflect on a year’s worth of trends, events and change in public media. Here’s what stuck with us from 2014.

Turnover at the top continues to rock NPR 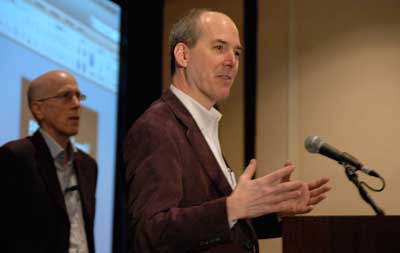 With a mandate by its board of directors to balance its budget by October, NPR turned to layoffs and a show closure to cut expenses. Under new CEO Jarl Mohn, the top level of NPR saw a shake-up, leading to the departure of Chief Content Officer Kinsey Wilson. And Margaret Low Smith, senior v.p. of news at NPR, left the organization in July for a position with The Atlantic as president of its live-event division, AtlanticLIVE.

In May, NPR announced that Tell Me More would end Aug. 1 and that 28 positions in its newsroom and library would be cut. Layoffs in other sections of NPR were carried out after the TMM announcement.

And in October, Mohn appointed Loren Mayor as NPR’s new c.o.o., squeezing out Wilson, executive v.p. and chief content officer since February 2012. Under the new structure, the senior v.p. of news reports directly to Mohn. A new hire for that position could be one of our first stories of 2015. — Ben Mook, Senior Editor

Initially, I was intrigued by the numbers behind The Aviators: How could a public television show other than Downton Abbey air in 100 countries, gather more than 100,000 “likes” on Facebook and register more than 1 million views on YouTube videos?

I thought a story might be there, so I took a look at its website. The program, distributed by the National Educational Telecommunications Association, was offering sponsors a chance to “expertly integrate their brands directly into the content of the show in a subtle, non-invasive and very effective manner,” the website said. That approach, known as product placement or embedded marketing, is growing on commercial television — but all public TV distributors, including NETA, have strict rules against such techniques.

We published our story about this discrepancy May 13. By the next day, NETA Programming Director Gayle Loeber notified member stations that she was reviewing the program with Executive Producer Anthony Nalli.

On Aug. 14, Loeber alerted stations that Aviators Season 5 would run as a NETA Access offer, with Nalli paying for uplink time and taking sole responsibility for the series. The offer bears the standard Access warning: “NETA can make no warranties as to its suitability for broadcast or other uses.” According to TRAC Media, after Current’s story ran, broadcasts of Aviators on public TV have dropped 37 percent to date, and carriage fell 24 percent. — Dru Sefton, Senior Editor

Cosmos returns — but not on public TV

This spring, one of public television’s most successful series ever got a reboot, but public TV wasn’t taking part. Ann Druyan, a co-producer and co-writer of the 1980 KCET series Cosmos: A Personal Voyage and widow of original host Carl Sagan, took the revival to Fox after decades of struggling to bring it back to air.

On the occasion of the remake, I took the chance to interview members of the production team behind public TV’s original about the show’s stratospheric ambitions, expensive location shoots, pioneering special effects and hugely successful reception. What was one of PBS’s biggest-ever zeitgeist moments bypassed it as a remake, as I reported in my second of two articles on the series. According to Druyan’s co-writer Steven Soter, Druyan had approached PBS about the remake but looked elsewhere after disagreeing on a budget and the level of editorial control. — Andrew Lapin, Assistant Editor (until Sept. 2014)

In public radio, it was about time

It was maybe the ultimate inside-baseball kerfuffle for public media nerds, but it sure stirred up plenty of buzz. The changes to NPR’s clocks — the second-by-second schematics that dictate what happens when in NPR’s newsmagazines — touched on issues of money, journalism and tensions between local and national control of what goes over station airwaves. Program directors at stations asked the network to use the same clock for Morning Edition and All Things Considered. That wasn’t in the cards, and instead stations got two different, revised clocks that went into effect Nov. 17. So far, listeners and programmers appear to have survived the time warp.

Public radio people had fun following the negotiations — someone started an NPR Clocks Twitter account — and so did we:

When NPR and station staff met to discuss “the clock,” did they all dress like this? pic.twitter.com/NiUAnTKEd3

And hey, did anyone ever make those T-shirts? There’s still room under my Christmas tree for one.