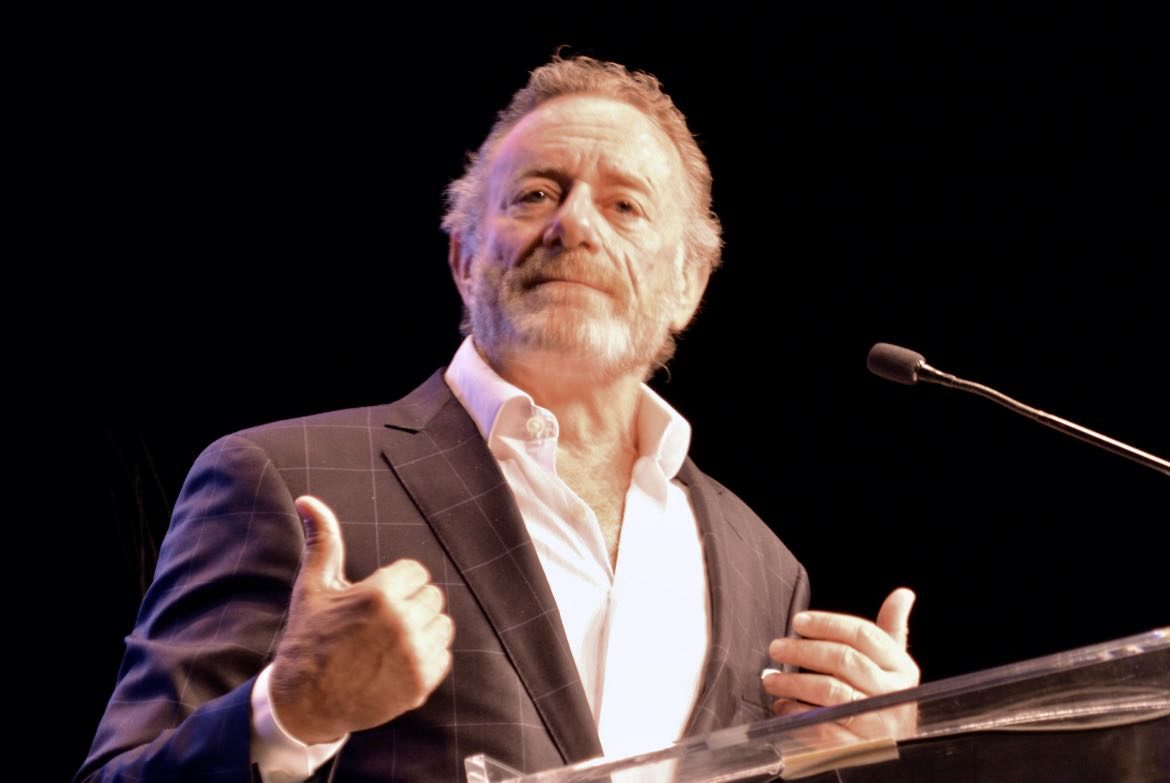 Mohn speaks at the Public Media Development and Marketing Conference in Denver in 2014.

NPR’s Jarl Mohn will step down as CEO when his contract ends in June, the network announced Tuesday.

Mohn will continue to work with NPR as president emeritus, building relationships with donors. He will also be on the board of the NPR Foundation and serve as the co-chair of the capital campaign tied to NPR’s 50th anniversary in 2020, the network said. Mohn and his wife Pamela are donating $10 million to the network.

“My wife Pam and I are more committed than ever to helping NPR and public radio achieve long term financial stability, particularly at a time when journalism is under economic and political pressures,” he said in a memo to staff.

Mohn’s five-year contract ends June 30, 2019, but he will stay on as needed “to ensure a smooth transition,” according to an NPR press release.

The CEO cited his commute between Washington, D.C., and his home in Los Angeles as one reason for his decision. It “was taking its toll,” he told NPR’s David Folkenflik. Paul Haaga, chair of NPR’s board of directors, told Folkenflik that the board had asked Mohn to continue in the position.

Mohn has helped NPR grow its business and audience during his tenure. When he joined the network in 2014, Mohn took over an organization that had cut staff to balance its budget the previous year. Its three previous CEOs had all left after fewer than three years in the job.

Among Mohn’s stated goals was to strengthen the organization’s finances and balance its budget. The network’s expenses exceeded revenue by $10 million in fiscal year 2014, according to audited financial statements, but it has been in the black since FY15. Operating revenue grew 14 percent from FY15 to FY17.

Mohn also promoted a “Spark” campaign to encourage stations to increase on-air promotion of its drive-time shows Morning Edition and All Things Considered. Earlier this year, NPR announced that its broadcast programs had reached their largest weekly audience ever.

“I let you down,” Mohn wrote in a memo to staff about his handling of the allegations against Oreskes, which arose in October 2017. “I should have acted faster and more decisively.”

Soon after allegations against Oreskes came to light, Mohn took a leave of absence for health reasons. Earlier that year he suffered from a “nearly fatal” ruptured aorta, he told staff. He returned to the job in January.

NPR said that its board of directors will conduct a nationwide search for Mohn’s replacement. Folkenflik reported that executives and managers inside NPR see Loren Mayor, the network’s president of operations, as a “strong potential internal candidate to replace Mohn.” Mayor took over the organization during Mohn’s leave.