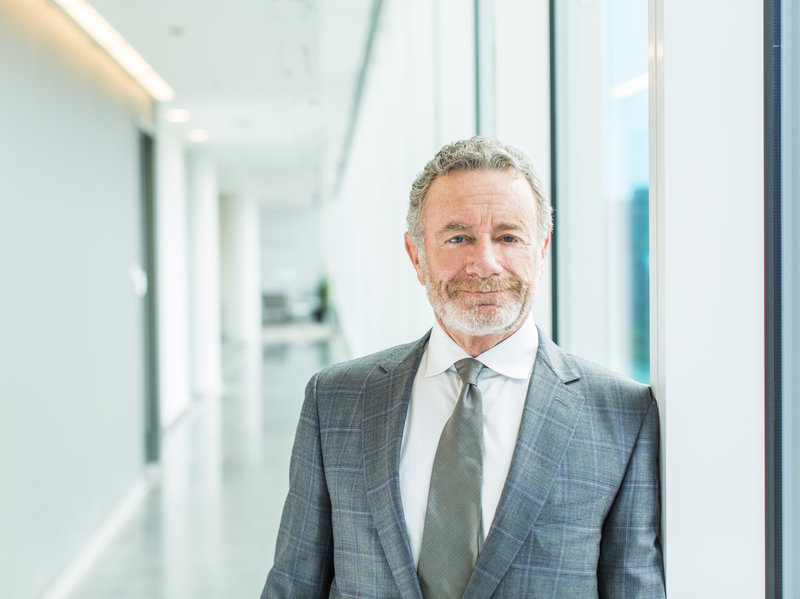 Leaders of public radio stations are praising outgoing NPR CEO Jarl Mohn for his efforts to strengthen the network’s ties with their organizations and say they hope his successor will continue the work of building strong collaborations.

NPR announced Tuesday that Mohn, who joined NPR in 2014, will not renew his contract with the network when it expires in June. He will continue to work with NPR as president emeritus, assisting with fundraising and serving on the board of the NPR Foundation.

Under Mohn’s leadership, the network entered into a new phase of its sometimes fraught relationship with member stations. Its “station compact” involves developing a new fee structure for stations, along with collaborations around journalism, fundraising and integrating public radio’s digital tools and infrastructure.

Station leaders who spoke with Current said they aren’t concerned that Mohn’s departure will disrupt work on the compact. “The commitment to partnership with stations runs much deeper through NPR’s leadership than just Jarl, although he has been its champion,” said Caryn Mathes, GM at KUOW in Seattle. “His departure won’t impact that; I believe it is ingrained in that organization as a strategic imperative.”

Mohn’s decision to continue as president emeritus “thrilled” Mathes, who said that “having access to his talent, fervor, connections and eloquence will be a huge asset to our industry.”

“While any leadership change creates challenges, I think many of the compact discussions have potential to progress in the interim,” said Michael Arnold, COO at Wisconsin Public Radio. “We can’t afford to go back to square one with these discussions.”

Arnold and other leaders commended Mohn for improving relationships between NPR and stations and praised his commitment to growing audience.

“His advocacy for audience growth filled a gap that helped us emerge from a period of industry malaise,” Arnold said. “I’m hoping the system will be able to carry that confidence forward and think we can.”

Mohn’s tenure was “the first time in at least the last decade” that public radio has “had a leader who believed in what we are and can be,” said Neil Best, GM at KUNC in Greeley, Colo., and president of Western States Public Radio. Best said the only exception may have been NPR board chair Paul Haaga, who served as acting CEO from September 2013 until Mohn’s hiring in July 2014.

When dogma within public radio was becoming “flat is the new growth,” Best wrote in an email, “Jarl called us out on that, insisting there was an opportunity for expanded service/listenership.”

Going forward, Best said, public radio faces a challenge to “maintain and strengthen the ties between the wide variety of stations from very large to very small and the national organization.” An ability to maintain those connections between NPR and stations is the “most important quality” for the next CEO, he said.

Mohn was “all in from day one to restore trust with the member stations and bring a sharper business focus to operations,” said Florence Rogers, CEO of Nevada Public Radio and co-chair of the search committee that hired Mohn.

“I hope the next leader has many of the same attributes as Jarl, because he fostered a healthy relationship between stations and NPR.” — Joe Barr, Capital Public Radio

As CEO, Rogers said, Mohn “never wavered from a commitment that NPR and the stations were stronger and better together, and in his belief that our collective public service was worthy of transformational philanthropy commensurate with the value our partnership provides in the lives of so many.”

One of the collaborative initiatives between NPR and stations, an effort to develop journalism hubs to increase regional coverage and collaboration among stations, won’t be affected in the short term by Mohn’s departure, said Joe Barr, Capital Public Radio’s chief content officer. Barr’s station is involved with developing a hub in California.

But Barr said he does have concerns about longer-term implications, “because there’s no guarantee the new person will make the hub initiative a priority and carry it forward,” he said. “I hope the next leader has many of the same attributes as Jarl, because he fostered a healthy relationship between stations and NPR. I don’t want to lose that.”

NPR’s board of directors will conduct a nationwide search for Mohn’s replacement. NPR’s David Folkenflik reported Tuesday that executives and managers inside NPR see Loren Mayor, the network’s president of operations, as a “strong potential internal candidate to replace Mohn.” Mayor took over running the organization during Mohn’s leave.