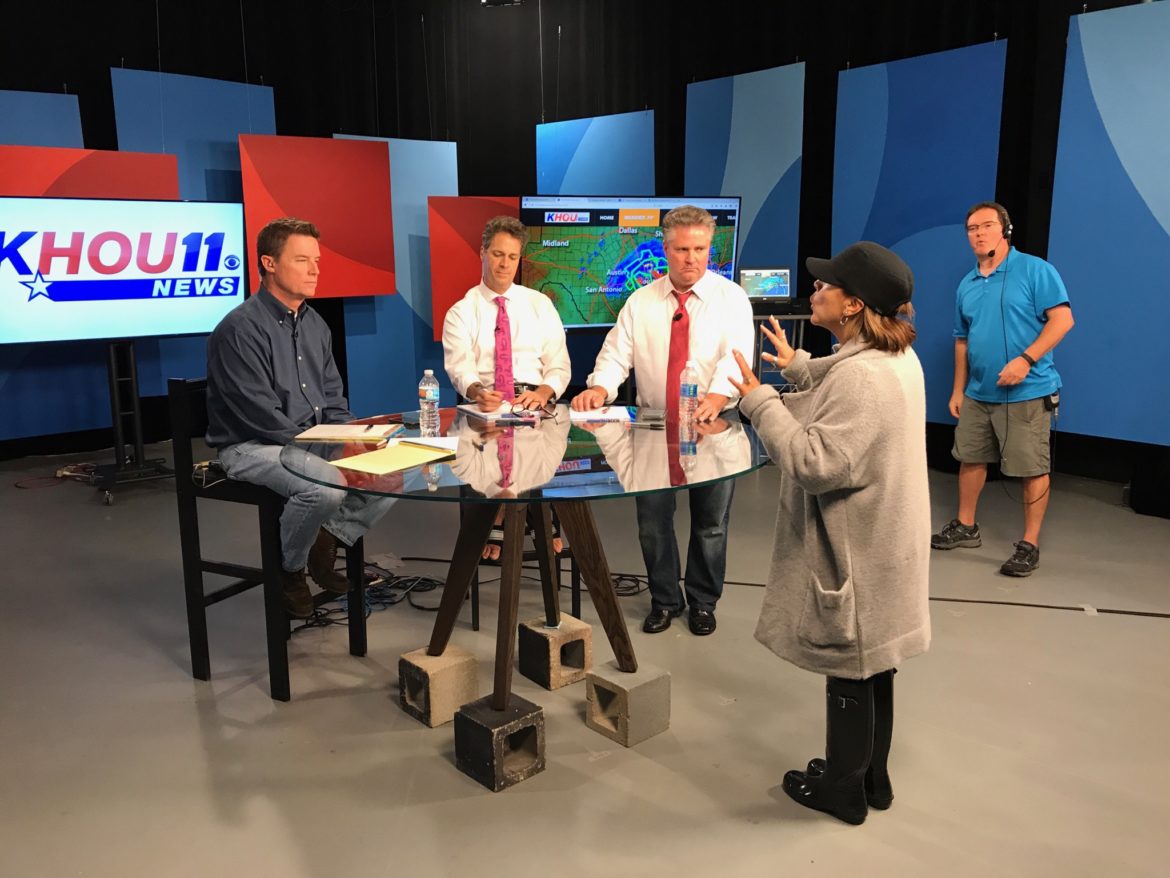 Dave Fehling found an unfamiliar scene when he arrived at Houston Public Media Tuesday morning. His office door was shut, and he discovered someone fast asleep on his couch.

Fehling took the guest’s visit in stride, though. It was one of his former colleagues from Houston’s CBS affiliate, who had found refuge in Fehling’s office after long hours covering Hurricane Harvey and its aftermath out of HPM’s studios.

In the midst of one of the worst natural disasters in Texas history, Fehling’s joint-licensee station is working with commercial and public radio partners to cover Hurricane Harvey and its aftermath. It welcomed KHOU staffers after the storm flooded the headquarters of the commercial station, situated across the street from the Buffalo Bayou river.

“We were more than happy to welcome them to our studios,” said HPM GM Lisa Shumate, who along with Fehling also worked at KHOU.

The stations have partnered together before, and KHOU’s hurricane and disaster plan included moving to HPM’s studios if needed, according to KHOU GM Susan McEldoon.

#KHOU11 is back on the air!!! Not long after the station flooded this morning!! Go team and thank you @HoustonPubMedia!! #Harvey pic.twitter.com/3AXmI64snU

Good night from an edit bay @HoustonPubMedia. See you back on air #khou11 in a few hours. #HarveyStorm accommodations pic.twitter.com/5dRu1MEour

While KHOU has been using HPM’s TV studio, HPM has been airing the audio of KHOU’s TV broadcast on its radio station when NPR programming shifts from Harvey coverage or KHOU broadcasts a news conference. HPM lacks the staffers to provide “wall-to-wall coverage,” Fehling said, and some of KHOU’s staffers are stuck at home. But by using KHOU’s coverage, “it’s just been invaluable to keep up that Harvey theme all the time,” he said.

KHOU is a “pretty straight-up, solidly journalistic station,” Fehling said. For listeners who are “accustomed to the NPR style … it’s not maybe as jolting as it might be if it came from other sources.”

Listening to @HoustonPubmedia stream @KHOU coverage of #Harvey aftermath. Really shows the best of local news in the face of absolute crisis

A news collaborative among Texas public radio stations that began in 2015 has also been useful to HPM while reporting on a story drawing attention from national and international media. Rachel Osier Lindley, coordinating editor for the collaborative based at KERA in Dallas, traveled to Houston late last week and has been helping HPM get stories to NPR and partner stations in Texas, Fehling said.

“If we didn’t have her, we would get it done, but it would really slow us down to try to get the news on our local air,” he said.

The station has also been “overwhelmed” by requests from media outlets around the world wanting access to HPM reporters, Fehling said. “It’s all great exposure and experience for everyone, but trying to fit that all in and coordinate it is difficult,” he said. “That was one of the things that Rachel could help us with.”

Having the collaborative in place before a disaster has been helpful, he added. “That’s worked out real well in a case like this where we all know each other,” he said.