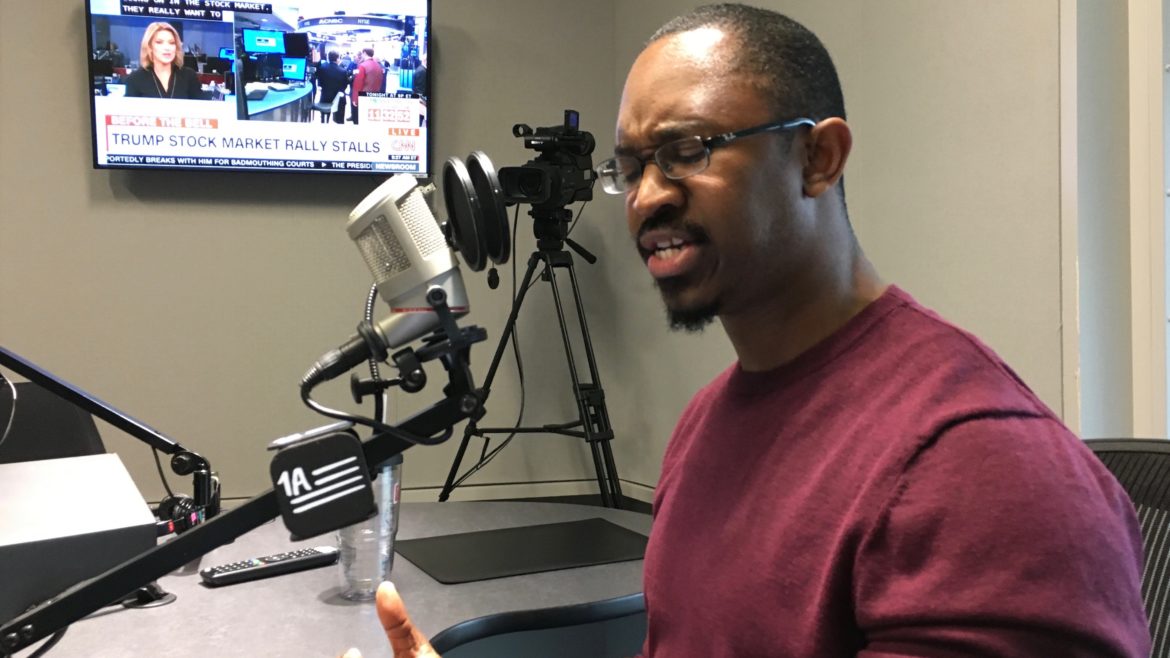 WAMU in Washington, D.C., expected a drop-off in audience and station carriage when it introduced a new national program to succeed the long-running The Diane Rehm Show in January.

It’s “the natural thing that happens in a transition,” said JJ Yore, WAMU’s GM. But after two months on the air, 1A is exceeding expectations for station carriage.

Like Rehm, the two-hour weekday program features discussions spinning off from the news of the day. It relies less on live calls than its predecessor, instead turning more often to social media, email and voicemail to gather audience feedback. WAMU hired KQED newscaster and podcast host Joshua Johnson as the new voice of the show and brought in Rupert Allman, former EP of The Takeaway, to take the same role with 1A.

According to Yore, the show debuted on 169 stations but has already increased its carriage to 201, achieving much of its gain from Minnesota Public Radio’s decision in late January to add the new show. MPR, which broadcasts 1A on its 22 news-format stations, is among those that didn’t air Rehm, but made room for its successor.

National audience numbers are not yet available for 1A, but WAMU set a goal for it to reach a listenership that’s three-quarters the size of Rehm’s audience by year’s end.

Some program directors who have added the show say they’re happy with its sound so far. Host Johnson has “done similar things to this, but nothing like this,” said David Brower, PD at WUNC in Chapel Hill, N.C., and a member of 1A’s station advisory committee. “Doing it 10 hours a week live is a big deal. So I think it’s sounded incredibly good right out of the box.” 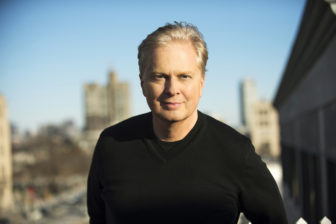 But not all of the 200 stations that carried Rehm continued with 1A, leaving room for other midday programs to fill gaps in local schedules. Some added On Point, the daily talk show produced by Boston’s WBUR, or gave it a better time slot by picking up its live 10 a.m. ET airing. It has gained carriage in 12 markets since December, and in five cities the local station either moved to a live airing or added a second hour.

“I do want more for On Point than we have,” he said. “We certainly feel like we have much more of the country to go for all of the work that goes into the program. … I won’t be happy until it has the kind of distribution that Here & Now has.” More than 450 stations air the midday newsmagazine.

WBUR has previously invested in similar promotional efforts to help stations, but increased that  work in anticipation of Rehm’s retirement. “We always knew that many stations were going to be adding it come January, and we wanted to be there to support those stations,” Lewis said.

After Rehm announced her retirement, it wasn’t “a done deal” that WUNC would carry the show that WAMU developed to replace it, Brower said. But key hiring decisions, including selection of of Johnson as host and Allman as EP, helped Brower make up his mind. Brower had heard Johnson appear as a guest on a WUNC podcast.

“There could have been any number of names that you could have put up there where I would have slowed down and been a little more indifferent,” he said. “But to me, Joshua is a really dynamic new-to-most voice, somebody I’m personally really excited to see grow.”

MPR News was rethinking its morning schedule after it dropped the second hour of a local call-in show featuring Kerri Miller. The MPR News host was devoting more of her time to hosting Indivisible, a call-in show co-produced with WNYC in New York. 1A took the 10 a.m. CT slot.

“We were thrilled to be able to air a new, fresh voice like Joshua Johnson,” said Nancy Cassutt, executive director, MPR News and programming. “Audience reaction via social media and calls has been very strong.”

Meanwhile, WUSF in Tampa, Fla., added an hour of On Point and moved it from afternoons to its live broadcast to fill the spot left by Rehm. It added 1A for two hours at 1 p.m., replacing PRI’s The World.

PD Sheila Rue, also a member of 1A’s station advisory committee, described the decision as “a very tough call.” She didn’t make it until near the end of the year, when Rehm was winding down. But she chose to expand On Point’s footprint because of the show’s live call-in component and her audience’s familiarity with host Tom Ashbrook.

“They knew who he was, they knew what the show was,” she said. “So it wouldn’t be completely out of nowhere to have him move. … Now they would actually be able to call in to his show.” WUSF listeners can also participate in the discussion on 1A by responding off-air to its callouts.

Rue plans to wait a year before considering any more programming changes. So far, WUSF listeners have been receptive to the new schedule.

“I’ve gotten really good feedback from people who say, ‘I love Tom Ashbrook. I’m so glad you gave him the extra hour, that you’re carrying both hours now,’” she said. Meanwhile, reaction to 1A has been mostly positive, though the station received a few comments about “depressing” topics on the show. But listeners have said that they like Johnson’s energy, and that he’s “reaching out to a younger audience,” she said.

WVPE in Elkhart, Ind., just completed a two-month test to determine which program will take over Rehm’s time slot. The station aired On Point in the slot in January and 1A last month. It’s asking members to vote for their favorite, and the winning show will keep the time slot. WVPE is promoting the opportunity for new members to weigh in on the program decision during this month’s pledge drive, said Station Manager Anthony Hunt.

Many listeners have been “very upset” that WVPE took Diane Rehm off the air, not realizing that she retired, he said.

Correction: An earlier version of this story mistakenly said that 1A doesn’t take live calls. It does take occasional live calls.