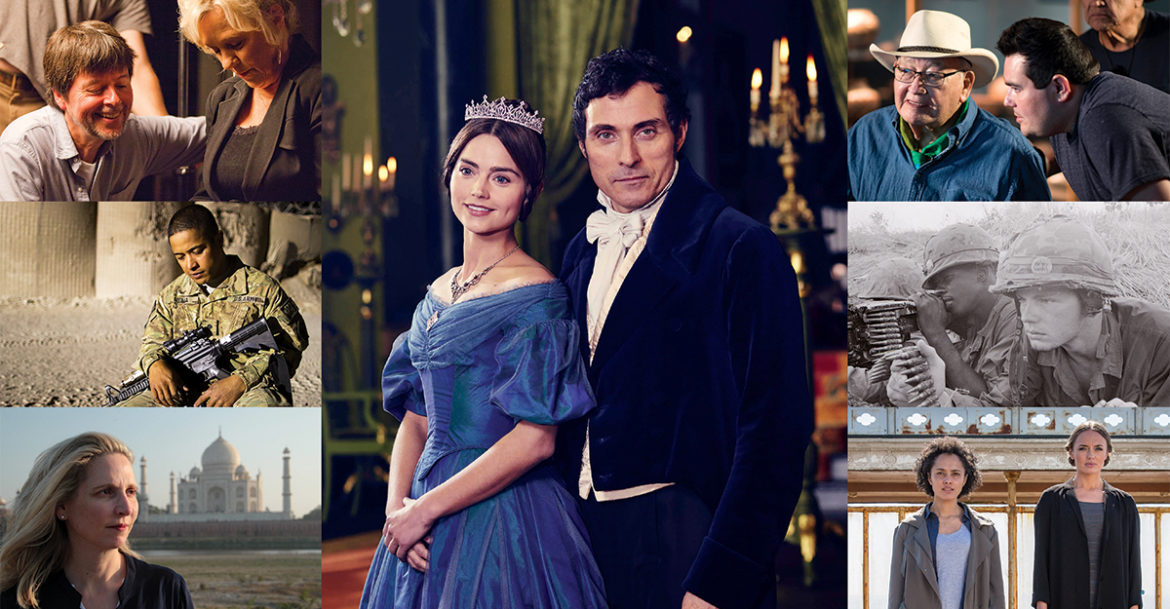 This list, compiled from a recent survey of producers, reveals that several have turned their attention to military conflicts. Ken Burns takes an expansive look at The Vietnam War (w.t.) with an 18-hour PBS series planned for fall 2017. The importance of the battle over Korea, often called a “forgotten war,” is explored in The 38th Parallel from WETA and the Center for Asian American Media. And The Great War, a six-hour series from American Experience, draws on the latest scholarship to examine World War I.

American Masters uncovers a surprising story from World War II: Actress Hedy Lamarr, whose 90-minute biography is scheduled for fall 2017, secretly designed weapons for the Allies. The icon series is also working on the first in-depth portrait of 105-year-old painter Tyrus Wong, who once exhibited with Picasso; its look at contemporary director Richard Linklater uses his early journals as source material.

Several upcoming documentaries tackle contemporary issues of race and criminal justice. For Akheem follows three teenagers in St. Louis in an experimental education program. And The Pushouts delves into the criminalization of youth of color.

The list highlights productions planned as primetime, weekly or pledge-drive broadcasts. Most programs in the list run one hour or longer or are packaged as series. Episodes of continuing series that run under 90 minutes are omitted.

One thought on “Pipeline 2017: Our annual survey of national programs coming to public TV”