For John Ferrugia, the new investigative series he’s hosting on Denver-based Rocky Mountain PBS is much more than a show.

It’s an outgrowth of editorial developments at the station, which didn’t have a news department until nearly four years ago. That’s when it merged with I-News Network, a local nonprofit investigative outlet now called RMPBS News. In addition to sharing its investigations with public media organizations and other news outlets across the state, the team is transitioning from a focus on longform written storytelling to broadcast content.

For Ferrugia and other station leaders, the new show and their plans for sharing content with local and national commercial TV partners adds up to a completely different public TV news model.

“It’s a new concept, a new idea, a new partnership that doesn’t really exist anywhere that we can find in public television,” Ferrugia said.

“It’s a new concept, a new idea, a new partnership that doesn’t really exist anywhere that we can find in public television.”

When it was formed in 2013, the alliance between I-News and RMPBS marked the nation’s first formal merger between a public broadcaster and an independent news startup. Others followed by the end of the year, with the St. Louis Beacon merging into St. Louis Public Radio and the New England Center for Investigative Reporting moving into Boston’s WGBH. And nonprofit news organizations and public broadcasters are continuing to explore partnerships based on mutual benefits.

“There’s a growing tide toward collaborations as people try to make sure that their reporting hits the most people, that they get the most bang for their buck,” said Sue Cross, executive director of the Institute for Nonprofit News.

For both RMPBS and NECIR, partnering with a public media organization has added stability and enabled growth that they may not have been able to achieve independently. Each has taken a different approach to its collaboration and toward building reach and impact, with minor bumps along the way.

Laura Frank, president and g.m. of news at RMPBS and board chair for INN, said she knows of several INN members who are considering mergers or closer partnerships with public media organizations.

Such models should be flexible, Cross said, to accommodate varying audiences, market circumstances and organizational structures. Partners should also be mindful of limitations and the details of funding, such as the FCC regulations that apply to broadcasters but don’t affect digital nonprofits. 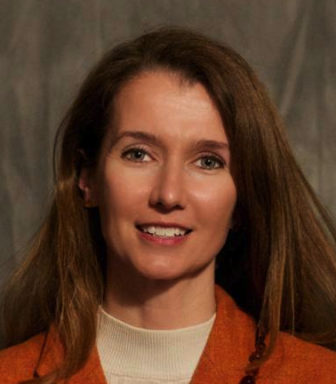 Before I-News merged with RMPBS, it was a five-person startup supported with grant money, pushing content to other news organizations. With the merger, the news outlet became eligible to take advantage of CPB funding. A grant from the funder helped I-News double its staff and launch Inside Energy, a collaborative journalism initiative covering energy issues.

Working together appealed to RMPBS and I-News because it enabled each to undertake efforts that would have taken longer to complete on their own, Frank said. I-News became part of a larger organization that has grown its membership from about 45,000 to 75,000 since the merger. Some portion of that growth should be credited to the station’s expanded news department, which has provided a broader range of coverage to engage the community, said Harris Ravine, RMPBS’s executive v.p. of finance and administration. 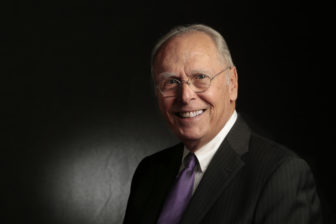 “It can’t be all British comedies, or Downton Abbey for that matter,” Ravine said.

There were growing pains. Some staffers faced a learning curve as journalism became more central to an organization that was producing little local content at the time, Ravine said. Employees also questioned the expansion of the news team as other RMPBS divisions saw budget cuts.

“I think I underestimated how much we would need to do internal education about what it means to become a news organization,” Frank said.

But by 2014, the station’s pledge revenue around news had more than doubled. It has continued to grow at an annual rate of about 4 percent, Frank said.

With a high-functioning newsroom and the ability to secure its own funding, I-News posed a low-risk investment for RMPBS, Frank said. It could have survived without the merger, Frank said, “but it could not have thrived in the way that it has.”

Sharpening its focus on broadcast content begins a new chapter for RMPBS, which seeks to fill a gap left by commercial TV stations in its market. Those stations provide a valuable service with their delivery of weather, breaking news and reporting on daily issues, Ferrugia said. “But when you’re talking about long-term public policy, public-affairs investigations, the time and money it costs to do that is just phenomenal for a local station,” he said.

Local stations typically lack resources to start their own investigations and carry them out consistently, Ferrugia said. If recognition of their work grows, reporters are often spread thin: They’re required to be on air more, leaving little time to pursue other meaty projects. “You’re a victim of your own success,” he said. 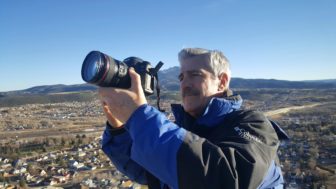 RMPBS is now staffing a team of journalists skilled in video storytelling. Earlier this year, the station plucked longtime investigative journalist Ferrugia from a commercial TV station in Denver to help build a team and lead the show Insight with John Ferrugia.

The program launched Oct. 27 with “Marijuana in Colorado: State of High,” a special report three years after Colorado became the first state in the nation to legalize recreational marijuana. It will air its third monthly special Dec. 15 before moving to weekly production next year.

The stories will dictate the format, whether a half-hour documentary, field-produced pieces, interviews with newsmakers, or a combination of those elements, Frank said. Ferrugia is also providing interstitial news breaks between programs to increase viewers’ exposure to news.

Having the time and a team devoted to producing big projects drew Ferrugia to RMPBS. The station’s multiplatform investigations have included Losing Ground, which analyzed six decades of U.S. Census data to find that minority gains made during the civil rights movement have eroded over time in Colorado.

And unlike local commercial stations, RMPBS is working to leverage content for a local and national audience and its growing membership. The unit aims to partner with local TV stations while also landing its reports on PBS NewsHour. In preparation for the weekly show, the news team is banking several projects to air next year.

“We’ve reorganized the staff in a lot of ways to be quicker, faster, better, cheaper, but to really learn how to be TV-centric in the work that we do,” said Doug Price, RMPBS c.e.o.

Meanwhile, NECIR in Boston is taking a different approach. NECIR raises its $1.3 million budget in equal parts from investigative reporting workshops for young journalists, foundation grants and a mix of individual donations and content sales. About half of its grants come from WGBH and include in-kind support such as office space and marketing help, Glass said. 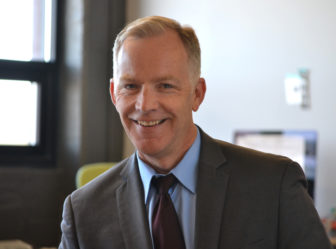 It separately offers its investigative stories to partner stations WGBH and WBUR, as well as other media partners, who pay or make in-kind donations to publish its investigations. NECIR rarely breaks even on its investigations, such as coverage of how police use cellphone trackers. Outlets are hungry for the investigative work, but the cost is prohibitive, said Burt Glass, NECIR’s executive director.

Investigative reporting is a “market failure,” Glass said. “And it needs to be subsidized for the public good,” he said. “The nonprofit solution is our answer to it. It may not be the only answer, but that’s why we exist.”

Besides public broadcasters, NECIR also capitalizes on relationships with local TV stations and the Boston Globe, aiming to collaborate with as many media partners as possible.