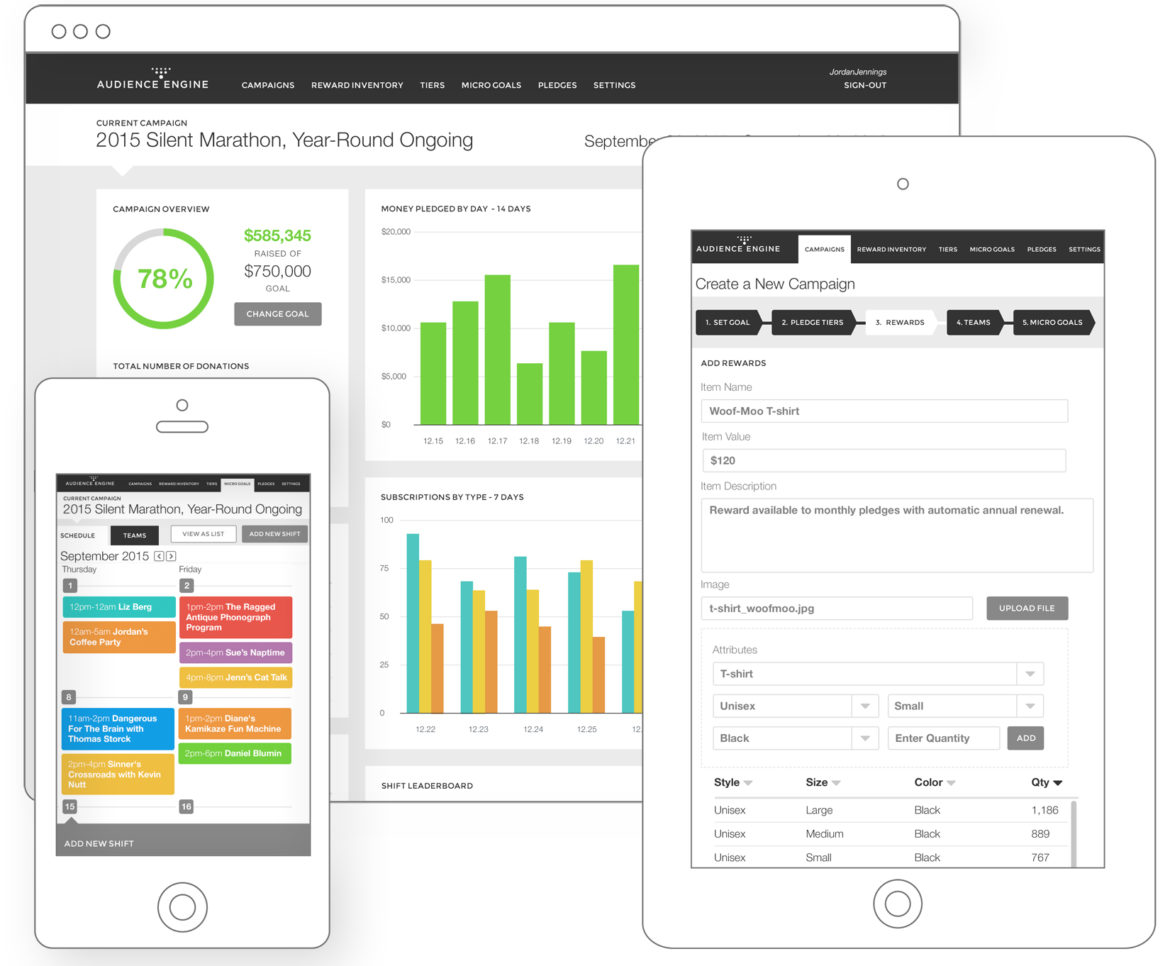 After running into delays, creators of open-source software designed to assist public media organizations with fundraising and audience engagement are preparing to introduce it to potential clients in early 2017.

Developed by freeform radio station WFMU in Jersey City, N.J., Audience Engine offers fundraising capabilities that outlets might now get from third-party platforms such as PayPal, Disqus, Patreon and Salesforce. It also aims to help organizations build web traffic with features designed to keep users on their own websites rather than send them to commercial platforms like Facebook.

With its goals to support organizations that want to take back control of their websites and create better experiences for audiences, Audience Engine adds up to an ambitious effort. That’s why it’s taken so long to release, said WFMU Station Manager Ken Freedman. The station is launching Audience Engine through Congera, a public benefit corporation it started in March 2014.

WFMU aimed to roll out Audience Engine’s first tool, Mynte, in November 2015. The software includes functions for chat, commenting, fundraising and user registration. But developers didn’t finish the tool until earlier this year.

WFMU began using Mynte in March, and Freedman realized that it had too many shortcomings to be offered to other organizations. Updates and further refinements to the software delayed rollout for about a year, and Audience Engine fell behind its goal to be adopted by 2,500 publishers by 2019, as WFMU initially projected.

WFMU is running a new version of Mynte and will adopt other pieces of Audience Engine this month. It plans to begin offering Audience Engine and Mynte to stations in early 2017, as well as to independent and not-for-profit news organizations. Later, WFMU will also try to interest photographers, musicians, filmmakers and academic institutions such as universities, museums and libraries in Audience Engine, Freedman said.

“For news, independent and not-for-profit, and serious journalism to survive into the future, I don’t think it can be a one-way conversation anymore.”

For now, WFMU itself serves as the strongest — and only — example of what a station might achieve with Audience Engine. The listener-supported station raises most of its $2 million budget from online donations and boasts an active online community, supported by the proprietary CMS on which Audience Engine is based.

Because only large or specialized media organizations can sustain themselves on advertising, audience engagement is key for smaller and mid-size outlets that rely on donations, Freedman said. Crowdfunding efforts require organizations to engage with audiences rather than have one-way conversations, Freedman said, but many journalists and news sites are reluctant to try it. That’s where Audience Engine can help.

“For news, independent and not-for-profit, and serious journalism to survive into the future, I don’t think it can be a one-way conversation anymore, and yet, so many news sites are shutting down their comments sections,” Freedman said. “They want to engage audiences in the way that audiences tend to be engaged online, but it doesn’t work. They haven’t found a way that it works for a legacy media institution, and that’s the problem we’re trying to solve.”

Freedman said he knows that organizations won’t be quick to drop longstanding platforms. He expects larger media institutions to use the software for free and hopes they’ll also develop new ways of using it, with such innovations becoming part of the core product. Small and medium-size institutions can use a hosted commercial version of Audience Engine that will provide a la carte offerings that can integrate with other platforms.

Audience Engine has so far raised $1.3 million from investors in Congera, including $550,000 from the Geraldine R. Dodge Foundation, and spent about $1 million, Freedman said.