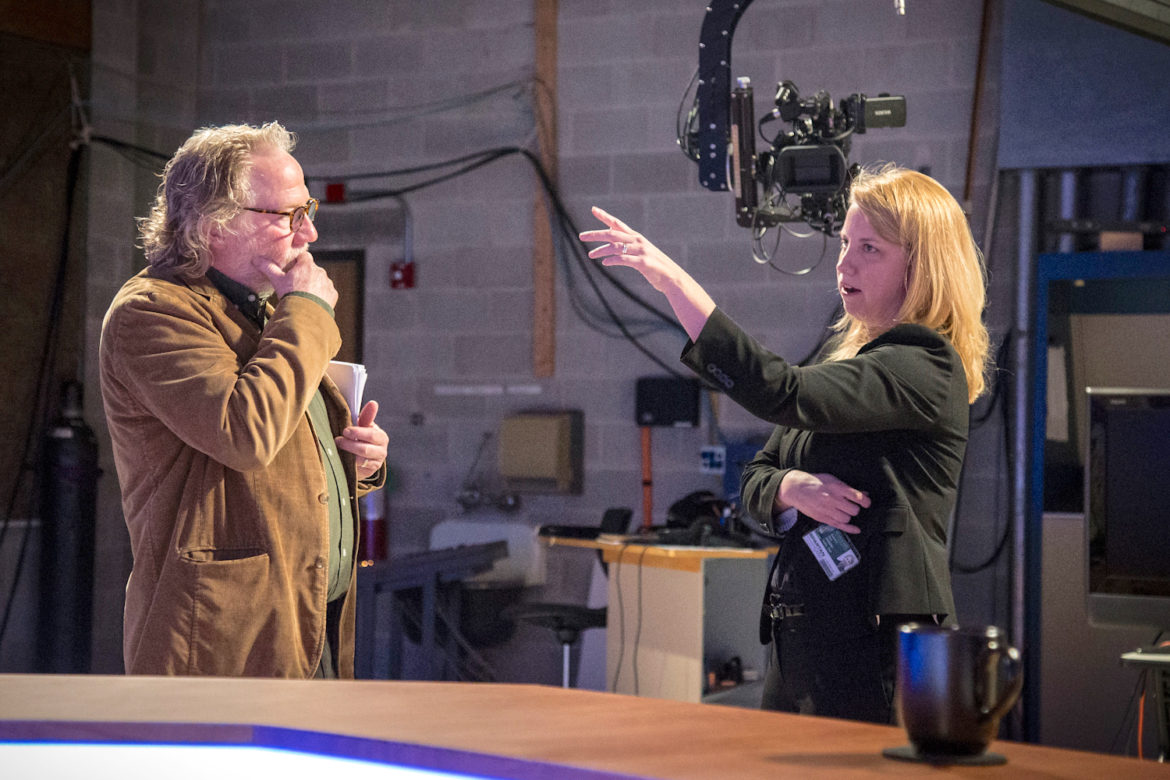 Actor and producer Timothy Busfield will help develop national productions at WKAR-TV in East Lansing, Mich., over the next year.

Busfield, best known for his roles in TV’s thirtysomething and West Wing and the movie Field of Dreams, joins Michigan State University’s colleges of Communication Arts and Sciences and Arts and Letters as an artist-in-residence June 15.

Busfield is an East Lansing native with deep family roots at his alma mater. His father taught speech and theater at MSU, and his mother and stepfather worked for several decades with the Michigan State University Press, the university’s book publisher.

As director of national content at WKAR, according to a press release, Busfield will “develop original content for major networks, cable networks, movie studios and new media.” Busfield has previously sold seven pilots to networks and has directed four others, including The Fosters, which airs on ABC Family’s Freeform cable channel.

“As artist-in-residence, he’ll be teaching and working with students,” said Susi Elkins, WKAR interim g.m. “It made a lot of sense that he also worked with WKAR. Like a lot of our alums, he has deep connections in the media world.”

Elkins said Busfield’s exact role at the station has yet to be determined. “He has a lot of creative, innovative ideas,” she said. “We’re open to thinking about things differently.”

Busfield will not be in charge of local original productions, Elkins said. “He’s coming in more at the level of development, identifying content to develop for national distribution, possibly through PBS or American Public Television,” she said.

For example, she said, the station is considering its kids’ science-exploration show Curious Crew, heading into its third season, for national distribution.

“This is a learning process for all of us,” Elkins said, with the station drawing from Busfield’s experience in commercial broadcasting and Busfield understanding the parameters of producing for a public station. “Things that work well for the station we can pursue,” she said, while commercial projects might develop on the faculty and research side of the university.

Busfield brings to the station his Performing Arts Warm-Up initiative, a weekend arts camp for children, according to the announcement.

Busfield told Elkins he was inspired to approach the university in January after President Lou Anna Simon said it would work to become “a national model in providing quality educational content in public television” through a collaboration with Detroit Public Television.

That project, a local 24/7 children’s channel, is still in development, Elkins said.

Since that announcement, PBS has said it is launching a national kids’ streaming channel. WKAR and Detroit PTV are “in brainstorming mode” and exploring options, Elkins said.

“We may take the PBS national channel and instead develop separate content for engagement with parents,” she said. “Either way, we are committed to helping make a difference for Detroit children and parents. It’s a great opportunity for our content to be seen by a much larger audience.”