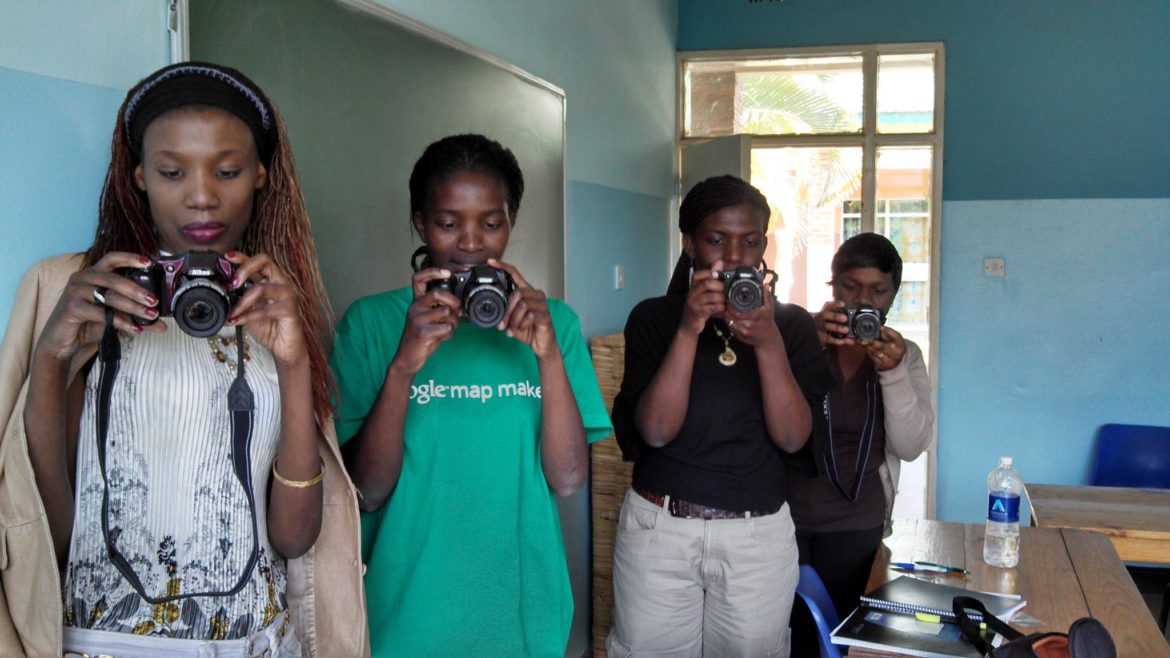 In a remote area of northeastern Democratic Republic of Congo, where residents bear severe physical and emotional trauma after decades of war, a local journalist is reporting on rebel groups who kidnap people for ransom and the opportunists who pose as rebels to benefit.

It’s not the kind of story just any reporter could tackle, said Cristi Hegranes, executive director of Global Press Institute. For starters, most foreign correspondents probably wouldn’t set foot there. They may not know the language or understand the social or historical context. If media coverage is going to address what’s happening on the ground, the reporter has to be local.

“They just have access in a way foreign correspondents never have and never do,” Hegranes said.

That’s part of the premise behind GPI, among 12 nonprofit journalism outlets awarded nearly $25 million in funding by the MacArthur Foundation. The foundation announced the unrestricted, five-year operating grants at the PBS Annual Meeting in Chicago May 18.

GPI received $1.25 million, its largest grant since Hegranes founded the organization to train and employ female journalists 10 years ago. Over that time, the news industry has been in upheaval, and many news organizations have closed foreign bureaus.

“As the business of international journalism changes so dramatically, rather than continue to invest in foreign correspondents or bureaus, we essentially do the opposite, where we look for women who have basic literacy skills and a real passion for storytelling,” Hegranes said. “But most importantly, they have really exceptional access to their community.”

A journalist with the Global Press Institute covers the 2015 earthquake in Nepal.

With 150 reporters globally, GPI plans to use the MacArthur funds to recruit and train local women for its 21 foreign desks. It also wants to strengthen its training of mid-level reporters and improve reporters’ access to technology. Hegranes said GPI is launching a series of desks in U.S. tribal nations this year and plans to expand to the Amazon River region, Mongolia, Tunisia and Morocco.

Based in San Francisco, the organization anticipates doubling its $1.3 million budget over the next couple of years, Hegranes said. “Hopefully this caliber of investment will attract like-minded investment,” she said.

After completing a six-month training program, the new journalists are offered full- or part-time employment to report for Global Press Journal, a GPI publication.

Reporters pitch their own stories, Hegranes said. Rather than report from the “foreign correspondent’s lens,” which tends to focus on disease, war and poverty, the women seek out other coverage areas, such as human rights. Working with a network of editors, fact checkers and copy editors, the journalists’ stories are published in English and in their local languages.

Their coverage is also syndicated through the Global Press News Service, another GPI division, whose subscribers include nearly 200 media, education, corporate and nonprofit clients, Hegranes said.

Clients can purchase a single story or become monthly subscribers. The service charges large-scale media outlets $500 a month or a small circulation or international outlet $250 a month, and is developing subscriptions for university students. Clients can also purchase content a la carte, such as a video or wire story for $125 or a feature photo for $75.

Outside of the news service, GPI posts widely accessible stories to the Global Press Journal.

“There’s a real appetite for stories from Congo, particularly because the mainstream media does such a one-note version of coverage,” Hegranes said.

But places like Congo are widely known to be unsafe for journalists. Hegranes said safety and security are a primary focus, but GPI’s model demonstrates that you don’t need the caliber of a large outlet’s resources to do good on-the-ground work.

“What we lack in material resources, our reporters more than make up for in their ability to give appropriate context and make extraordinary access possible,” Hegranes said.