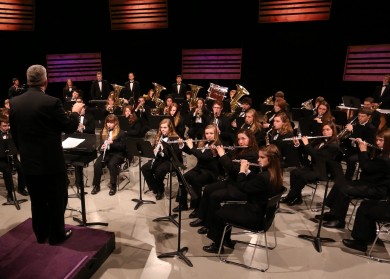 Dual licensee WKAR in East Lansing, Mich., licensed to Michigan State University, is launching four new local programs — three on TV and one on radio. While only two have underwriters, Gary Reid, director of broadcasting, is confident that all will attract support.

“WKAR believes in the pilot model and produces an initial program as a proof of concept,” Reid said. “These pilots not only help refine the content and solidify the production process, they also provide potential underwriters and other stakeholders with a tangible example of what they can become part of. This builds excitement and leads to community buy-in.”

The live-action kids’ show Curious Crew, which is filmed at the local Impression 5 Science Center, focuses on STEM (science, technology, engineering and mathematics) education. It already has support from five backers, including a state Michigan STEM Partnership Grant.

On the show, host Rob Stephenson helps a cast of inquisitive children ages 8 to 14 take a hands-on approach to science. Eight episodes will air Monday evenings and Saturday mornings this season, starting Nov. 3. A similar number of episodes is planned for next year, Reid said.

That production model is also inspiring future station projects. By reaching out to the local science-based museum and statewide administrators of the STEM curriculum, WKAR established a strong collaboration, Reid said. He added that the station hopes to “continue this model in coming seasons and across multiple content areas.”

The performance and reality program Forte is being underwritten by the Worthington Family Foundation in Traverse City, Mich. By embedding a camera crew with students, Reid said, viewers get an inside look as young musicians prepare for the big yearly statewide Band and Orchestra Festival.

“Reality shows have certainly dominated much of TV’s viewership in recent years,” he said. “In the case of Forte, the reality show approach is coupled with traditional in-studio performance to create a unique program.” The show premieres Oct. 4 and airs on Saturday evenings, with repeats on multicast WKAR World.

Reid also sees the new pledge special Sweetie-licious Slice of Life: A Farm to Table Gathering as a pilot for a potential TV series. It premieres Sept. 26 and shows how foods go from the garden into entrees, side dishes and desserts. The host is local bakery and café owner Linda Hundt.

WKAR has designed each program with a digital component from the outset, Reid said. “Rather than merely repurposing TV content, every new show is built with web and mobile app usage in mind,” he said. The station is planning its first app, which will likely focus on Current State, a radio talk show that launched last year. “The writing and editing of Curious Crew was specifically designed to allow teachers and students to utilize individual segments without being locked to the television program.”

The budget for each show varies “depending upon complexity,” Reid said. WKAR’s production staff is supplemented when necessary with students, freelance talent and contract producers.

“We’re able to continue to expand our original program offerings because there’s so much happening here in the greater Lansing area and beyond,” said Susi Elkins, TV station manager, in a Sept. 11 announcement of the programs. “Support from our members and partners makes it possible for us to continue creating original programming.”