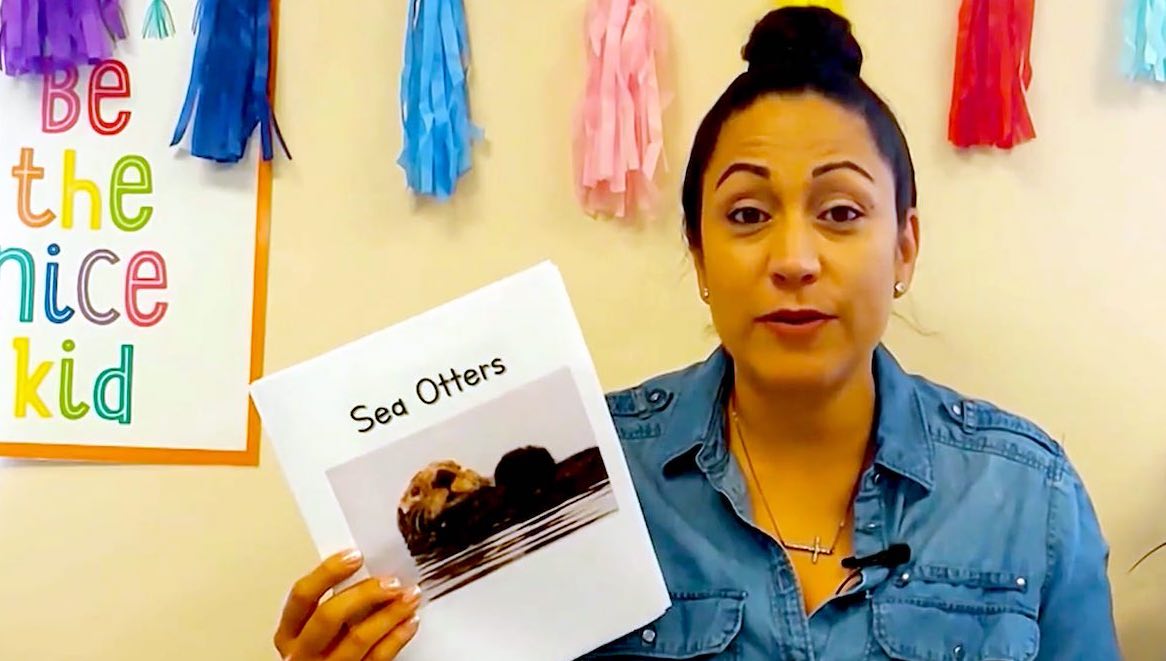 Christina Gillette Randle, a first-grade teacher from Colorado, presents a reading lesson in one of the instructional programs airing on the Michigan Learning Channel.

Detroit Public Television launched a preview of a new broadcast channel dedicated to K–12 instruction Monday, the first phase of a statewide rollout by all six of Michigan’s public television broadcasters by early next year.

The Michigan Learning Channel is starting by delivering lessons for pre-K through third-grade students in half-hour and hourlong blocks over a multicast channel; plans call for the content to expand quickly into upper grades. The 24/7 programming will also be available as a digital livestream and stored for on-demand viewing at MichiganLearning.org.

The COVID-19 pandemic served as a catalyst that pushed Michigan’s public TV stations to look for ways to enable at-home learning for the one-third of Michigan students without reliable home internet access, said Rich Homberg, president of DPTV. The new service builds off the 2017 launch of the statewide 24/7 PBS Kids channel, he said.

“We reach every virtually every person in state of Michigan. We can light up these devices called televisions that are in every home,” Homberg said with a chuckle. “An $8 antenna and a television and a broadcast signal — it’s a great place to start.”

The antennas needed for over-the-air reception may be inexpensive, but the costs of upgrading the six stations’ hardware to allow them to carve out channel space in their broadcast spectrum will require a significant investment. The Michigan Department of Education awarded $1.5 million to the project from the Governor’s Education Emergency Relief Fund, part of the coronavirus relief bill.

The Michigan legislature also provided $2 million through the state budget to support the channel’s launch. The funds represent the first direct state support of public television stations in about 30 years, Homberg said.

“As much as it is for public broadcasters, I think [the funding] is really a huge show of support and investment in education in the state of Michigan,” said Susi Elkins, director of broadcasting and GM of WKAR Public Media in East Lansing. “If we can help Michigan be leaders in this space, and take care of our kids and teachers, that’s something we can all be really proud of.”

Teachers must ‘provide the water’

The channel will initially air instructional programs from Rocky Mountain PBS in Denver and WCNY in Syracuse, N.Y., but Michigan pubcasters plan to lean heavily on local teachers to guide and produce local content, according to Georgeann Herbert, SVP for strategy at Detroit Public Television.

“In public broadcasting, we’re really good at pipes and faucets. But when it comes to educational content, we need the educational community to provide the water,” she said.

Staff from the six stations have been meeting regularly with representatives from the state department of education and principals’ and superintendents’ associations for guidance. Educators from these groups advocated for the Michigan Learning Channel to focus initially on younger students, since a fair amount of distance-learning materials for fifth grade and above are already available, Homberg said.

The Michigan Learning Channel will select respected teachers from across Michigan to record lessons that align with classroom curriculum. The lessons will be particularly useful for schools that are using blended learning environments because they allow for social distancing through the pandemic, Herbert said.

Part of the project funding will go toward hiring new staff who will be based at stations and dedicated to working with teachers and parents to ensure the programming aligns with subjects taught in Michigan classrooms.

“The most important deliverables are going to be that we have connections to local teachers and districts, so each station has agreed that we will do that one way or another,” Elkins said. WKAR is currently searching for the right community liaison to be in place by the channel’s launch in January.

Detroit Public Television will serve as the Michigan Learning Channel’s hub, allowing the other five stations to pick up the feed, localize it with their own branding and underwriting, and even customize it with locally produced content. For example, Herbert said both WCMU in Mount Pleasant and WNMU in Marquette have expressed interest in serving tribal members of their viewing areas.

The $3.5 million in state support covers the initial launch of the channel, but Homberg said the station partners are building a capital campaign to support its long-term development. There’s currently no timeline for later phases, but participating stations intend to upgrade to ATSC 3.0. The next-generation terrestrial broadcast system offers higher audio and video quality, improved compression efficiency and, with a single-frequency network, better geographic coverage that can penetrate into areas with limited broadcast coverage.

DPTV brought in Public Media Group to design and build the technology enabling the launch of the Michigan Learning Channel and its later ATSC 3.0 upgrades. The Colorado-based tech infrastructure company engineers and operates single-frequency networks and software platforms to support public and commercial broadcasters as they transition to ATSC 3.0, while its sister company PMM, the content-distribution service previously co-owned by GBH in Boston, handles master-control services.

Datacasting technologies enable broadcasters to send files and documents to special receivers in homes through an over-the-air television signal. Langner said broadcasters and educators will eventually be able to access the Michigan Learning Channel’s ATSC 3.0 cloud environment to datacast files to specific recipients.

“This household has a fourth grader with special needs in learning math, so here are the files that we’re going to send to that student’s household, even if they don’t have broadband, which means that mom or dad don’t need to drive to a McDonald’s parking lot to try to find a WiFi signal to get that to work,” Langner said.

“Think of it as a button that pops up, ‘Hey, learn more!’ or ‘See the full interview,’ or ‘homework assignments,’” Langner explained. “You click the button, and then all of a sudden, you have access to all of that rich content that’s connected to that broadcast.”

WKAR was the first public broadcaster in the country to receive an experimental ATSC 3.0 license from the FCC in summer 2018, which Elkins said laid the groundwork for this new collaboration. She found it “fitting” that the Michigan Learning Channel came together during PBS’ 50th-anniversary year.

“This is what television was created for, as an educational tool,” Elkins said. “Even if everybody did have access to the internet, that’s not enough for the future of education. … We’re going to need every tool we can come up with. We want to use this channel as the base layer to make sure that everyone has connection to solid educational material.”

In addition to WCMU and WNMU, public television stations joining DPTV and WKAR in launching the new service are Delta College Public Media in University Center and WGVU Public Media in Grand Rapids.