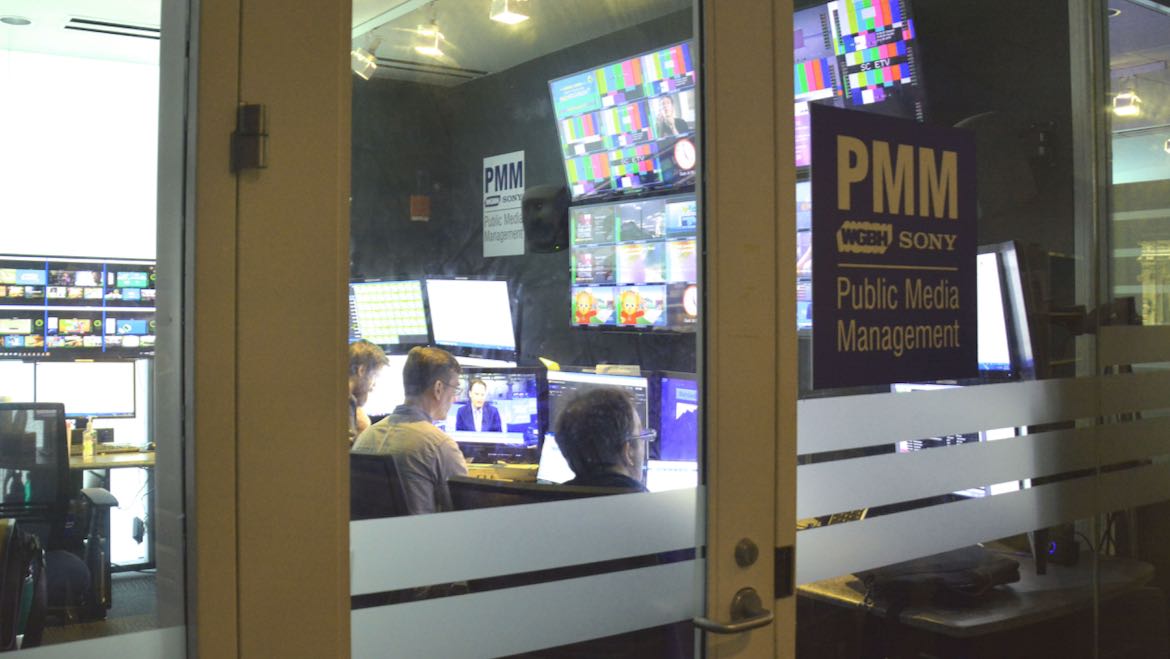 Stacey Decker, former chief technology officer for WGBH, left Boston in July 2019 but remained CTO of PMM, working remotely from a new office in Colorado. He has been named president of PMM and CTO of PMG, giving him oversight over not only PMM’s content distribution but also the ATSC 3.0 single-frequency network (SFN) systems that have been PMG’s core business since it was founded a year ago.

PMG President Erik Langner said Decker was the key to the purchase.

“His interest in the future [ATSC 3.0] platform and the convergence of how joint master control and the cloud and 3.0 and single-frequency networks can work in unison to drive far greater service and opportunities” motivated PMG’s interest in acquiring PMM, Langner said.

“We’re really focused on the question of what are the platforms that are going to be needed to help drive the entire industry forward, given just the incredible scale that’s going to be required for the public broadcasting community to effectively compete in this IP-based ecosystem,” he said.

WGBH’s decision to sell its interest in PMM is part of a pattern in which the Boston-based public media giant has incubated business ventures and spun them off, said Decker.

“I think there’s been a give and take in this relationship that has been beneficial for both Sony and PMM,” said Decker, who emphasized that his relationship with WGBH remains close.

WGBH CEO Jon Abbott said in a statement via email that the timing was right to hand off the station’s interest in the project to a new partner.

“We’re proud to have nurtured its development at WGBH, and we’re excited to offer greater opportunity for the service to advance and further strengthen the public media system as part of the vital and visionary work of PMG, under the continued direction of Stacey Decker,” Abbott said.

Sony “had no intention of walking away, and they made that very clear,” Decker said. “WGBH just wasn’t going to get into the services business.” The network operations center will remain based at WGBH’s Boston headquarters. Its existing staff will remain in place, though Decker noted that since the outbreak of the coronavirus pandemic, PMM staffers have been working from home and will continue to do so for some time.

Decker said it’s likely that an increasing amount of PMM’s workflow will be cloud-based in its new incarnation. Even before the pandemic shut down many offices, PMM was working with one of its 18 current client stations, Rocky Mountain PBS, to build a completely cloud-based environment to duplicate the hardware “node” that links the network’s current Denver headquarters to the PMM NOC. That would allow RMPBS to stay on the air for several days entirely from the cloud while moving to a new building.

Decker said PMM’s cloud-based approach differentiates its system from competitors in the centralized master control business, including Syracuse, N.Y.–based Centralcast and Jacksonville, Fla.–based Digital Convergence Alliance. While those services use a “hub-and-spoke” model built on fiber connections that can take weeks or months to be installed at new client stations, Decker said PMM can begin delivering new services to client locations in 30 days or even less.

That flexibility will be increasingly important to stations that move into ATSC 3.0, Langner believes. With more bandwidth available to them, stations will seek to launch additional content. While that once required expensive capital investments in hardware for each new channel lighting up, PMM’s ability to “spin up” new services quickly will be valuable.

The coronavirus pandemic has given stations more reasons to use that flexibility. Langner points to a new service PMM recently spun up: inserting hours of PBS LearningMedia content into World Channel, which many of its client stations already carry.

“When you can spin up what we’re calling pop-up channels that speak to high school chemistry or fifth-grade reading … so that content can be delivered directly to the student or the school, so that the public broadcast station can be more responsive to the needs of the community, you’re thinking of the spectrum itself as a kind of public-good utility,” Langner said.

While the ATSC 3.0 system is too nascent to fully respond to the many new demands the pandemic has imposed, Decker said a clear path is ahead to new ways in which PMM’s services can work in tandem with the signal-expansion projects PMG has been pursuing as it builds out SFN projects.

The first of those projects, in the San Francisco market, is already underway. With eight low-power “nodes” filling in coverage holes in the rough terrain of the Bay Area, PMG’s SFN network has added usable coverage of 2 million additional households, a 42% expansion beyond the signal coverage from a single transmitter on Mount Sutro in San Francisco.

Conversations about additional SFN projects in partnership with local public and commercial stations are underway in markets including Houston, Los Angeles, Seattle, New York, Dallas, Raleigh, N.C., and Washington, D.C., Langner said. Buying into PMM will allow PMG to sell those services in tandem with SFN projects. In Seattle, KCTS will soon join the PMM platform, Decker said, with more announcements to come.

Moving forward into the ATSC 3.0 future, Decker said PMM’s content management and production capabilities will be valuable to broadcasters using SFNs. As broadcasters determine how much of their ATSC 3.0 bandwidth they need for their own content — a figure that can change dynamically as programming needs shift during a broadcast day — they can make excess bandwidth available to sell to other entities that might want to use the highly efficient data distribution ATSC 3.0 and SFNs promise to provide. For instance, Langner says, the eight-node SFN in San Francisco can provide the same coverage of the market that it would take 5,000 traditional cellular or 5G sites to serve.

That sort of “dynamic bandwidth management” — commoditizing excess data and creating and managing a marketplace for it — is exactly where PMM’s cloud-based tools will add value, Decker and Langner said.

Decker also points to expansion potential in Sony’s Ci Cloud system, which started as a management tool for existing content in the PMM system and has grown to add cloud-based production capabilities, an important addition as more content producers are working from home. And he said PMM’s content management tools are extending beyond their initial linear broadcast use, providing more options for stations seeking to manage content going to on-demand providers and streaming services such as PBS Passport.

PMG is not revealing the terms of the deal, which closed April 28 and was announced to PMM client stations Friday. Langner said PMM will continue to operate as a for-profit corporation. While new parent company PMG serves both commercial and public broadcasters, Langner said PMM will initially remain focused exclusively on public media clients.