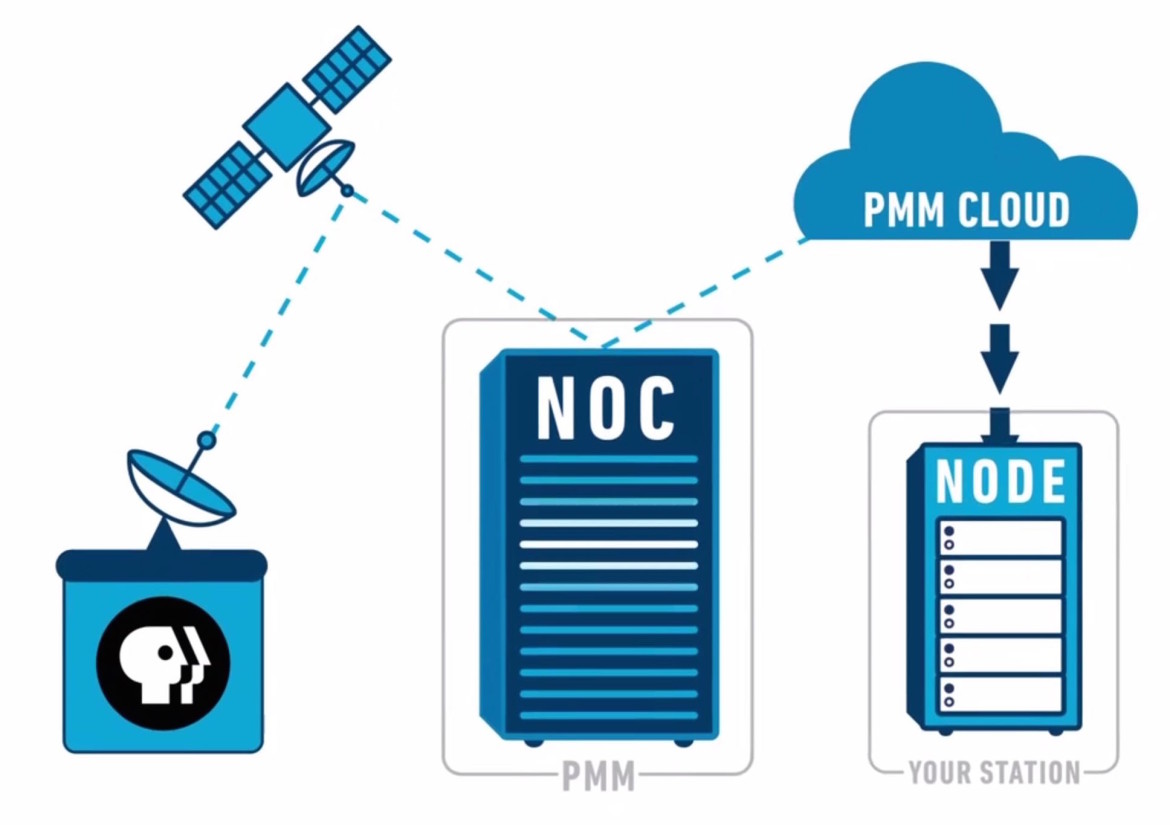 Sony Electronics and Boston’s WGBH are offering to take on critical master-control operations of TV pubcasters with a new cloud-based service that the companies say should save stations money while protecting their ability to control local programming.

After pulling down a PBS feed from the satellite, Public Media Management uses proprietary Sony technology to store the content on Amazon.com’s massive cloud-based data centers.

PMM station clients access the national programming, which PMM screens automatically for technical quality, via Internet. Using PMM-supplied technology, they insert local programs and spots in the programming stream before sending it to broadcast transmitters and other distribution platforms.

PMM, which operates as a joint venture of WGBH and Sony, officially launched April 1, a week before PBS’s April 8–10 TechCon opened in Las Vegas. The companies showcased PMM to pubcasters and planned to promote it during the NAB Show April 11–16, also in Las Vegas.

A key sales point for PMM is that it provides station clients with an economical alternative to upgrading and operating their own master-control systems, WGBH executives said. 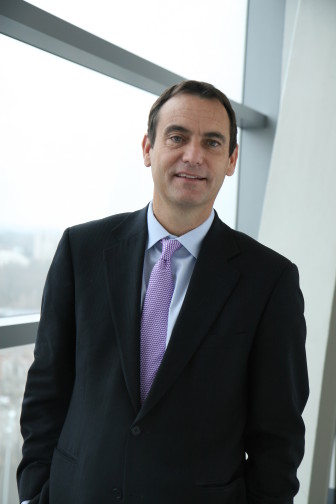 PMM gives local stations the “power and flexibility to stay in the distribution game in a significant way” while relieving the capital and operating expenses that “everybody is struggling with,” said Ben Godley, WGBH COO.

Many pubcasting master-control systems, which assemble all the elements of a station’s programming streams before broadcast, are currently in need of upgrades, according to WGBH executives. Local stations face costs of up to $1 million each to modernize their systems.

At the same time, stations are under growing financial pressure after losing support from the federal Public Telecommunications Facilities Program, said WGBH executives. The program, which funded technical upgrades at stations, was zeroed out in 2011.

“There really is the concern that stations do not have the capital to refresh this master-control equipment,” said WGBH’s Godley.

CPB has backed two other joint master-control services: Centralcast LLC, based in Syracuse, N.Y., and the Digital Convergence Alliance in Jacksonville, Fla., both currently operating.

“We’re not requiring a direct fiber connection to a station in order to manage their media for them,” said Stacey Decker, WGBH CTO. “We do it through a 100-megabit Internet connection, which is significantly less expensive.”

Godley declined to quantify WGBH’s investment, how much the service will cost local pubcasters or how many stations have signed up. “We’d rather talk to stations individually,” he said.

A DCA representative said he didn’t know enough about PMM to comment on how it differed from DCA’s own service, which manages master control for eight stations and is bringing three more on board soon.

“What we are offering is an end-to-end solution that allows stations to get out of the broadcast-operations business,” said Michael Boylan, president of WJCT Jacksonville, Fla., which manages DCA’s network operations center.

Centralcast plans to compete with PMM for customers, however, according to a representative.

PMM is “unproven,” wrote Robert Daino, chief executive of WCNY in Syracuse, N.Y., and a Centralcast member, in an email. And whereas Centralcast offers quality and security assurances for content it distributes, Daino said, PMM will use “unsecured, uncontrolled” Internet connections that could expose stations to risk. WGBH’s Godley, however, said that PMM uses “a secure, encrypted solution” provided by Amazon Web Services, used by the CIA and financial institutions.

Another key sales point for PMM, according to Decker, is that it eases the preparation of digital programming for transmission over broadcast or cable to mobile receivers or other technology.

“You get all the savings . . . but you also stay empowered to capitalize on the integration of broadcast and digital,” Godley added.

Neither PBS nor CPB were willing to discuss the merits of the different competing master-control systems. “PBS provides interconnection services to all stations and supports joint master-control solutions that meet the terms of service of the system,” said a PBS spokesperson.

Michael Levy, executive v.p. and chief strategy officer at CPB, declined to compare costs of Internet versus fiber-optic connections or to discuss how many master-control systems need upgrading.

“We are planning to do an in-depth analysis this year of what stations are and will be facing over the next 3–5 years in terms of equipment upgrades,” Levy said. “Given the loss of PTFP funding, however, the public media system is going to have challenges funding equipment upgrades and replacement in the future.”

“We are looking forward to learning more about the Public Media Management project and really don’t have a comment until we do,” Levy added.

One thought on “Sony, WGBH roll out cloud-based alternative to master-control systems”