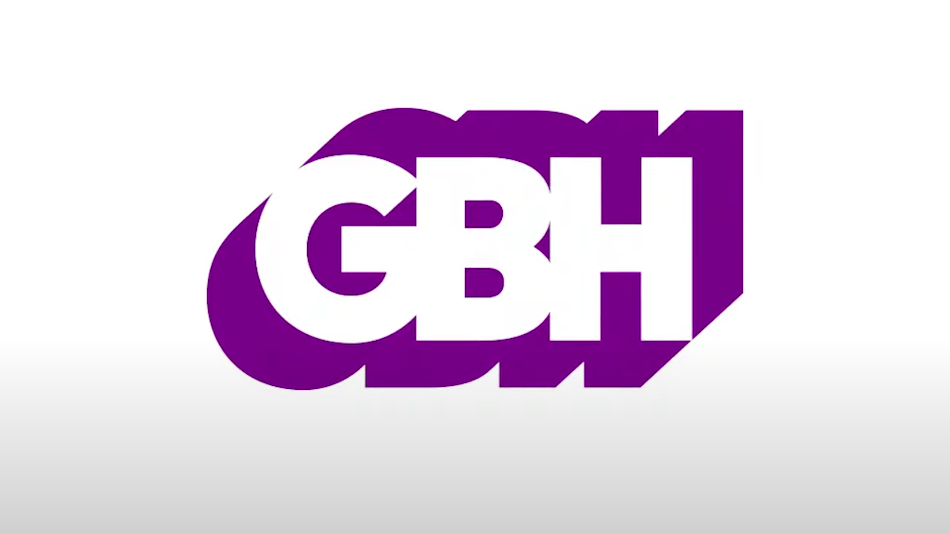 In addition to dropping a letter, the new branding is taller, larger and includes a color change.

WGBH in Boston is removing the “W” from its branding to become “GBH.”

The new branding, which includes a color and font change, will be unveiled across platforms this week. Among other updates, WGBH News will become GBH News and 89.7 WGBH will be GBH 89.7.

Credits for national programs produced by the station, including American Experience, Frontline, Nova and Antiques Roadshow, will also change.

The brand refresh accommodates the broadcaster’s evolution beyond television and radio, said Tina Cassidy, chief marketing officer. More than half of the station’s audience impressions come from digital platforms, Cassidy said, so the goal is reintroducing the brand to a wider audience, especially younger consumers.

Cassidy said that when she joined the station last year, she didn’t intend at first to push for a change to WGBH’s brand. She grew up in the New England area and was familiar with the “Channel 2” branding that accompanied some of the station’s services. But in her first few months on the job, she noticed that audience members were confused about the station’s offerings in the streaming era. The change gives the station a chance to show audiences its additional services, she said.

“I realized that our brand had become somewhat diffuse,” Cassidy said. “Many people did not have a clear sense of what we did or who we were. Were we TV, were we radio, were we a national producer? It had become somewhat confusing. The real underlying rationale behind this brand refresh was to embrace the aspects of our brand that people know and love, while also sending a very clear message about the future, about where we are going.”

Station officials said in a YouTube video that employees and the public already refer to the broadcaster informally as “GBH.” A launch video shows how the branding will be used across platforms with the tagline “We’re GBH, nice to meet you.”

Research on the change began last August and concluded in February. The station’s in-house marketing team worked with Minelli Inc., a design and branding agency in Boston that has several museums, colleges and nonprofits as clients. The station used a focus group with station members during the process.

The new logo is taller and larger, “which helps with legibility on digital and social platforms,” according to one of the videos. In addition to dropping the “W,” the branding will change from blue to purple. The last time GBH altered its brand was around 10 years ago, Cassidy said, when it adopted the outgoing shade of blue.

Many media brands use black, red and blue, including PBS, NPR and CNN, Cassidy said, and options like pink weren’t considered because the color is “unfortunately” gendered. So with its combining of red and blue, purple became the front-runner. “We were also joking that if PBS and Netflix had a baby, it might be purple,” Cassidy said.

Cassidy’s team also chose Red Hat as the brand font because it is a “much more modern font and works really well at smaller sizes, making it great for digital environments,” according to a webpage explaining the change. The new branding keeps the forward- and backward-facing shadows that were introduced in the 1970s.

The full branding rollout will happen over the next year. The station owns the gbh.org domain name and plans to use it at a later date, Cassidy said. The “W” will stay in email addresses until the domain’s name changes.

Changing a brand across social media platforms brings challenges. GBH’s Facebook and Twitter accounts will be changed to @GBH, but its LinkedIn account will keep the “W.” Cassidy said she and her colleagues are still figuring out what to do about the station’s account on Instagram, where the @GBH account is taken.

The station will also create a store to sell its soon-to-be “vintage” products bearing the “W.”

New York–based agency Chermayeff & Geismar developed the outgoing WGBH brand. C&G has developed many branding marks, including the original PBS branding that was changed last year. The legal name for the organization will remain the WGBH Education Foundation. The “W” will also remain in its FCC registration.

4 thoughts on “To change with the times, WGBH drops its ‘W’ and pivots to purple”