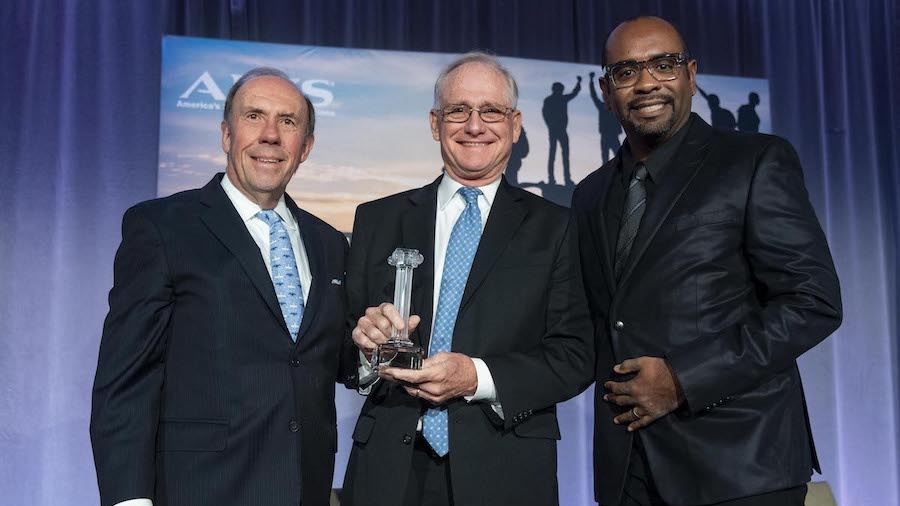 Axtell will continue to serve as general manager through early October. A national search for his successor has begun, according to a news release.

When Axtell took over as GM in 1994, about half of the station’s $3 million budget came from the Clark County School District, to which the station is licensed. With a “strategy of survival,” he helped the station weather threats of funding cuts and grew its operating revenue.

During his tenure, Vegas PBS has been ranked among the most-watched PBS stations in the U.S. Axtell also led the station through its transition from a single channel to a multichannel digital media organization. Vegas PBS has won multiple Emmys for series like Outdoor Nevada and Nevada Week.

“What a joy this work has been,” Axtell said in the release. “Through the work of the station, I have come to know the people and organizations of Southern Nevada at a deep level and experienced periods of boisterous expansion and profound economic contraction. I have been uplifted by the generosity of our many donors. Our community can be confident that this station will continue to be a beacon of education, information, and entertainment due to the depth of skills and commitment of our staff.”

Axtell also served on PBS’ board of directors and chaired its education, finance and strategic planning committees. He also co-chaired task forces for online education services, board governance, interconnection and Federal Emergency Management Agency communications. He regularly weighed in on FCC matters, including the spectrum auction and FirstNet, a communication network for first responders.

In 2000, Axtell led a 10-year capital campaign that raised money to open a new campus for operations and productions. The news release noted that the campus is the first broadcast facility to incorporate the FCC’s post-9/11 safety recommendations and the first educational facility in Southern Nevada to meet the Environmental Protection Agency’s indoor clean air act standards for children. When it opened in 2010, it had the largest solar rooftop array in Nevada.

Vegas PBS is also a leader in educational content and workforce training.

Before joining Vegas PBS, Axtell was VP for advancement at Alverno College in Milwaukee and GM of Milwaukee PBS. In a statement to Current, Axtell said his father worked as a radio DJ before he was born. After World War II, he worked for television stations in sales and then management. “It was the dinner table talk about the industry that I absorbed and then applied when Bill Kling and Sally Pope hired me at MPR,” Axtell said. Axtell joined MPR at KCCM, its station in Moorhead, Minn.

His first job in broadcasting was as a corporate sponsorship sales representative for Minnesota Public Radio. He also worked for KSPS in Spokane, Wash. He has also worked as a swimming coach, a political campaign manager and a legislative aide to a state senator.

“Donor support is the foundation of our ability to acquire and create quality programming that educates, inspires and uplifts. I have the utmost faith in the Vegas PBS management team to use their over 200 years of broadcasting, education, technology and management experience to keep the ship on course,” he said. “I will continue to actively advise in any way necessary as the station transitions to a new president and general manager. I will miss Vegas PBS and cherish my time here deeply, and I look forward to being an Industry advisor and active grandfather.”

Corrections: This story has been updated to clarify that the Vegas PBS campus is the first facility in Southern Nevada, not the U.S., to meet the Environmental Protection Agency’s indoor clean air act standards for children. A previous version also incorrectly said Axtell worked in Fargo, N.D., for KDSU. He worked in Fargo-Moorhead for Minnesota Public Radio’s KCCM. A previous version also said Axtell “grew up a fan of broadcasting because his father was a DJ.” Axtell’s father worked as a radio DJ before he was born.