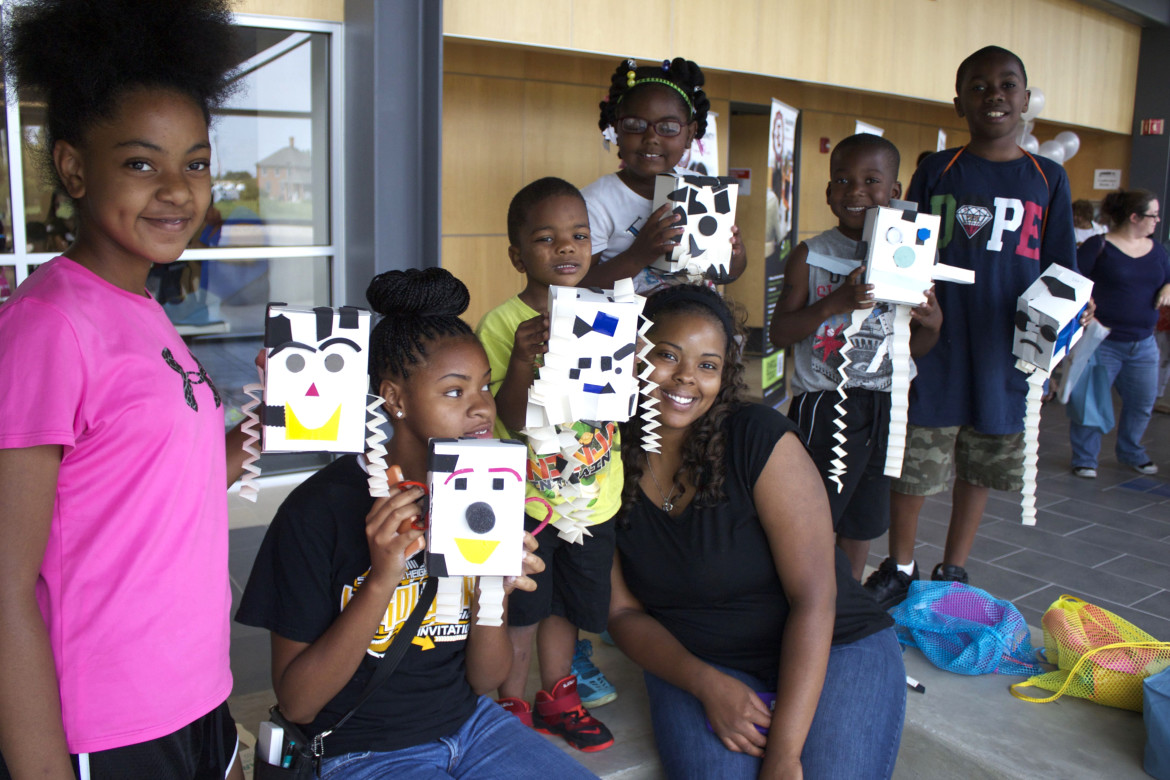 Participants make crafts in a Detroit Public Television Kids' Club Summer Learning event last year. The station and WKAR-TV are partnering on an educational collaboration that will create a 24/7 children's channel. (Photo: DPTV)

Participants display projects at a Detroit Public Television Kids’ Club Summer Learning event last year. The station and WKAR-TV are partnering on an educational collaboration that will create a 24/7 children’s channel. (Photo: DPTV)

A partnership announced Monday will create a 24/7 children’s programming channel from Detroit Public Television and WKAR-TV in East Lansing, Mich.

As part of the announcement, the president of WKAR’s licensee, Michigan State University, said the station will not relinquish spectrum in the upcoming FCC auction. The university’s board of directors had voted last month to explore auction options.

Instead, “this collaboration gives us the opportunity to become a national model in providing quality educational content in public television,” MSU President Lou Anna K. Simon said in a statement.

WKAR-TV will remain a PBS member station, the statement said, but will be “revamped” to provide more opportunities with the university for educational research. Original content also will be “revised and expanded.”

A DPTV spokesperson said the partnership is still in the planning stages, with no launch date set for the children’s channel. It could start as an online initiative, she said.

The collaboration gives the station “new opportunities to expand our work in the preschool space and provide parents and educators with more resources in learning,” said DPTV President Rich Homberg in the statement.

The work builds on a “longstanding relationship” developed through cooperating on projects dealing with topics such as veterans and the environment, the statement said.

The children’s programming initiative will build on two CPB-backed projects at DPTV: Ready To Learn, a national school-readiness program for ages 2 to 8, and Pre-school U, a local program that provides video classes to parents and caregivers to promote early learning and literacy in children under 5.