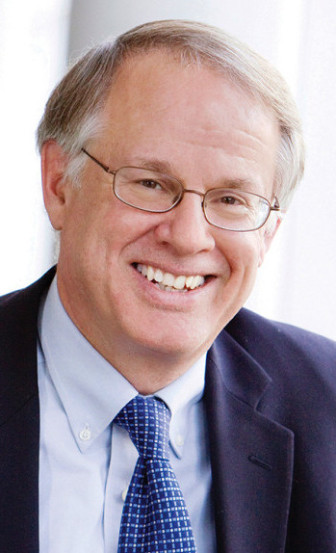 Chris Satullo, v.p. of news and civic dialogue at WHYY in Philadelphia, will be leaving the station, WHYY and Satullo confirmed Thursday.

Satullo’s last day will be Sept. 11, according to Art Ellis, v.p. of communications and member relations at WHYY. Satullo has been with the station since 2008.

Reached by phone, Satullo confirmed his departure but declined to comment on why he’s leaving.

Ellis told Current that he could not discuss details of Satullo’s departure, citing employee privacy. “We appreciate everything that Chris has done to build our news operation at WHYY,” he added.

Chris Satullo is out at WHYY. More to come.

Mathis later wrote that while his last day is Sept. 11, Satullo will “no longer be present at WHYY facilities following the close of business Friday.” He also quoted an anonymous former reporter at the station who said:

“Chris was a great leader for the WHYY newsroom and the web team,” said a former reporter who asked not to be identified. “He pushed reporters to get the story, he juggled more meetings and commitments than anyone else and yet when he sat down with a reporter to discuss a story, he gave his full attention. He breathed life into that newsroom and his presence will be sorely missed.”

Here’s the memo, obtained by Current, from Bill Marrazzo, president of WHYY, to staff:

Let me take this opportunity to share with you information about a change in the executive leadership team at WHYY. Specifically, Chris Satullo, our Vice President for News & Civic Dialogue, has decided to move on from WHYY to other activities.

Chris joined WHYY in 2008 following a distinguished career at the Philadelphia Inquirer. During his tenure here, Chris was committed to the development of multiple news strategies that kept members of our audiences engaged in this community…whether on line, over the air or through his unique brand of civic engagement work.

As you all know, under Chris’ leadership we launched and grew our newest digital news offering, NewsWorks, while expanding our core news and information reporting capabilities. Other achievements like Keystone Crossroads, State Impact and Plan Philly, while expanding WHYY’s footprint across the three-state region, also led to the deployment of collaborative journalism business models that are now seen at the fore front of the national news scene.

Chris is a person with a seasoned point of view. So it was no surprise that his weekly Centre Square commentaries not only informed our audiences but encouraged, and even provoked them, into thinking hard about the pressing issues of our community.

And much of this work resulted in WHYY’s receipt of numerous peer recognitions for excellence in journalism. Too numerous to mention here, rightfully Chris is most proud of his leadership over the State Impact work that led to our receipt of the 2013 duPont – Columbia University Award, the broadcast industry equivalent of a Pulitzer Prize and one of the highest forms of recognition found in our industry. Chris’ expertise in developing civic dialogue experiences has also allowed WHYY to live up to our promise of offering audiences the ability to help shape the priorities of our information services. While he has been unwavering in his commitment to preserve the editorial independence and ethical integrity of our journalistic team, he has taught us how to be open to input from the very people we are in the business of serving. An exceptional way to further distinguish WHYY’s news & information services!

I congratulate and thank Chris for all of his contributions to WHYY’s audience. I wish Chris only the best as he moves to the next step in his career. And gratefully, Chris has indicated that he will continue to make himself available to WHYY for assistance with special journalism projects. With Chris, I also tip my hat to the many new and veteran newsroom colleagues who have supported the growth of our newsroom’s impact. I know firsthand how grateful Chris is to each and every one of them; I know I am!

Chris’ last day with WHYY will be September 11th. He will be off site starting close of business this Friday. I will shortly name an interim leader of the tri-state news operations to provide on-site leadership of our news operations and at the same time, will initiate a search for a successor for Chris, considering both external and internal candidates.

Regards, and if I don’t get the chance to speak to you before, please have a safe and pleasant Labor Day holiday.

This post was updated with new information from Philadelphia Magazine and the memo from Marrazzo.

Correction: An earlier version of this story incorrectly stated when Satullo began working at the station.