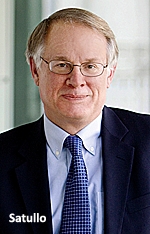 Do you have the courage to fail?

I asked that leading question during a keynote address to public media journalists who attended “Taking News Digital,” a June 7–9 workshop exploring the lessons we’ve learned at WHYY since launching NewsWorks.org in November 2010.

We have two years of experience launching and running NewsWorks as a digital, multimedia news operation with its own distinct brand. It blends reporting by WHYY’s news staff with the work of freelancers, content partners and users.

The primary lesson that we distilled from launching and nurturing NewsWorks, one echoed repeatedly during the boot camp, came down to this: You can’t innovate or soar if you are afraid to fail.

To underline the point, we opened the workshop by asking each of the assembled journalists to describe the biggest screw-up of their career.

They shared stories that ranged from erasing the master tape of the Monday Night Football theme song to the hazards of writing while on a heavy dose of painkillers.

“Yet look at us,” I said. “We all survived those blunders well enough to be here tonight.”

The message: Failing is not the unpardonable sin. It’s failing to learn from failure, or letting failure scare you into avoiding all risk.

Another point that campers returned to again and again during the discussions: You can fail through inertia just as surely as you can by taking a leap.

The NewsWorks initiative was swaddled in risks at its birth; the outcome of some of those bets remains uncertain.

One risk resonated particularly for the radio lifers in the room: our choice to build NewsWorks as a truly multimedia play, rather than just “radio on the Web.”

Over three days, the NewsWorks team tried to group the lessons gleaned from 18 months of experimentation, wins and blunders into themes that dealt with a wide range of operational challenges — from culture change to content strategy, user experience to audience engagement, revenue ideas to workflow.

Here’s a sampling of the themes that participants told us stuck with them the most:

To succeed in changing the culture of a newsroom, you have to pay attention to the right things: communication, staffing, training and equipment.

If you are a manager pushing change in your newsroom, recognize that your staff will fall into three camps: A few champions will eagerly embrace new ways; a stubborn core will remain adamantly opposed; the majority in the middle will glance in both directions, watching to see which way things tip.

One of the biggest mistakes a manager can make is to lavish his or her energy on converting the holdouts while leaving the potential champions to their own devices.   That just discourages your allies and empowers the resisters; folks in the middle notice that being difficult is a great way to get attention.

When NewsWorks launched, we tried to identify the willing experimenters, help them build skills and praise their early efforts publicly. Then we enlisted them as leaders in peer-to-peer training.

At the suggestion of one such newsroom leader, we initiated a series of short, peer-led seminars on specific skills, held after each Tuesday-morning news meeting.

As an old print guy, I didn’t anticipate one aspect of skills and training that cropped up: the need for standards and practices about checking spelling. Some of our radio reporters just had never had to worry before about the correct spelling of names.

On staffing, the main advice is that, to get the skills you need, you may need to reach into places where you’ve never looked for hires before. Here’s some good news: The talent is out there, and often thrilled to work for public media.

Providing the right equipment to the newsroom staff seems obvious, but it’s easier to say than it is to do. Fight to get your team the tools it needs to master video, photos, social media and Web updates from the field.

Make the most of story pages

During our first year operating NewsWorks, very little of its traffic — 15 percent — came in through the “front door” of the homepage. Most visitors landed on the site through search, referrals and social media links to specific story pages.

Don Henry, director of digital news at WHYY, who led the website design, told boot camp participants: If given the chance to do it over again, he would turn NewsWorks’ site map inside out. “I would have put all the emphasis on the story page and the multimedia content and other offers made there, rather than on the home page. It’s not about the home page anymore.”

For best practices in design, focus on creating attractive content that people can find and forward wherever they are — iPhones, tablets, etc. Worrying about how your site looks on platforms such as Flipboard is more important than fretting over the width of the rules on your home page.

Get social with digital natives

In many ways, the first iteration of NewsWorks failed in its promise to be a distinctively interactive site with a high volume of contributions from users. This is partly because the action in interaction has moved to social media platforms, primarily Facebook, Twitter, Tumblr and Instagram.

As Shannon McDonald and Eric Walter of NewsWorks’ audience engagement team told the group: It’s most important to meet digital natives where they are, on social media and content-sharing platforms, and make it easy for them to share your content.

Pushing news story headlines is not an adequate social media strategy. People want a sense of the face and voice behind the headlines, and they want interesting offers to react and interact.

We’re getting comfortable with the idea that on social media, it’s the individual journalist, not the organization, that is the most important brand.

In its first grant to NewsWorks, CPB backed it as a pilot project for online community journalism. We tested the hypothesis that local news coverage reported from the grassroots up would attract a more diverse audience to public media and persuade them to donate. We decided to embed that experiment inside a larger regional news site, but much of the energy around NewsWorks has been devoted to three geographic efforts:

These zoned mini-sites top the home page in page views most days. During NewsWorks’ first online membership campaign, which yielded contributions totaling $13,000, a disproportionate number of donations came from Northwest Philadelphia. Despite those tender roots of success, most boot camp participants were skeptical of making a hyperlocal play themselves: Too costly, too hard to ramp up, too foreign, they said.

But NewsWorks’ partner network was of great interest to them. More than 30 niche news sites, bloggers, college journalism labs, mainstream media outlets and information-oriented nonprofits participate in the network. The National Center for Media Engagement presented a webinar on NewsWorks’ partnership model, including tips of do’s and don’ts for creating similar relationships. It can be streamed from NCME’s website: http://bit.ly/NewsWorks.

Carolyn Adolph, public insight editor at KUOW in Seattle, described her experience at boot camp as a “real-life creative stewpot that was as productive as it was fun.”

“The NewsWorks project gives us all clarity on a huge array of choices, from [content management systems] to understanding page design to ways to store up collective learning through wikis and organize coverage across platforms,” Adolph wrote in a summary of her experience. “After what is really a very short time, you’ve succeeded in coming up with many of the answers to questions that have tormented us all. And where you don’t have answers, you have provided some strong directions.”

Chris Satullo, vice president for news and civic dialogue at WHYY,  joined the Philadelphia station in 2008 after 20 years at the Philadelphia Inquirer, where he was an editorial page editor and columnist. Satullo also cofounded the Penn Project for Civic Engagement at the University of Pennsylvania.

WHYY’s NewsWorks.org is funded in part by the Wyncote Foundation, which also assists Current.