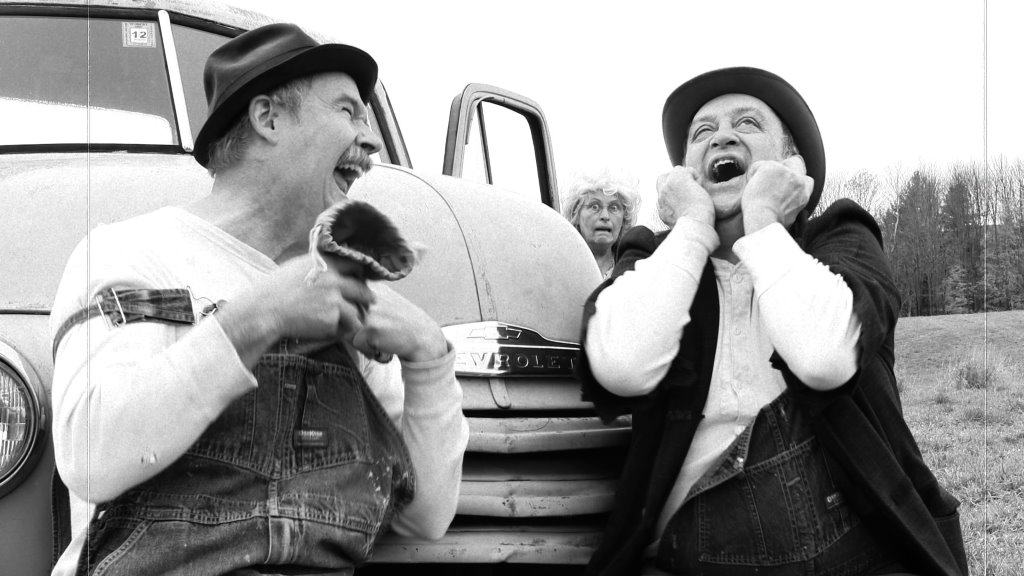 A still from a short, silent film called "Bad Robbers," directed by George Woodard. The short film is part of Made Here. 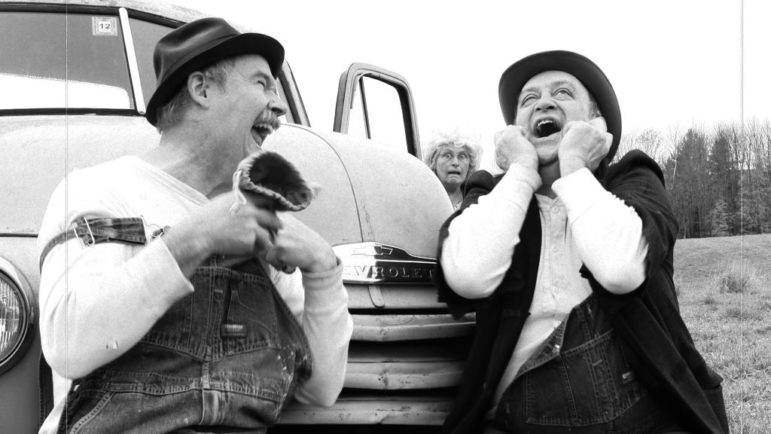 Holly Groschner knew that expanding local programming should be top priority for Vermont PBS when she joined as c.e.o. in February 2015.

“We come from a community of creatives here in Vermont,” Groschner said. And the station wanted to honor Vermont’s traditional creativity by sharing its video platform with that community.

Now Vermont PBS is working toward that goal by expanding its lineup with what Groschner calls “locally sourced” programming. The network even aims to eventually dedicate its second HD channel, Vermont PBS Plus, to round-the-clock local programming.

A key part of this plan is the network’s Made Here initiative, launched earlier this fall. Vermont PBS has also created a position with the sole purpose of cultivating local programs. Groschner hired Senior Manager for Local Content Eric Ford in April to be the “champion of locally sourced content” and the Made Here initiative.

In the time since he’s joined, it seems the efforts of Ford and the station are working, doubling the amount of air time devoted to local content. Ford says he takes the approach of “relationship building” by shopping for local content at film festivals. When he sees pieces he likes, he works with the creators to get the content on Vermont PBS. 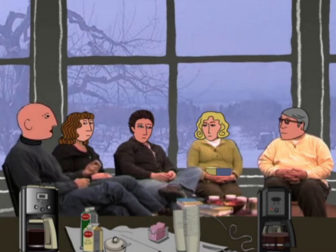 One Alcoholic to Another, a documentary about Alcoholics Anonymous, used animation to conceal the identities of AA members.

So far, the Made Here initiative has included short interstitials, feature-length documentary films and just about everything in between. Depending on agreements with producers, programs may also be streamed online for after television broadcast.

“I feel like a talent scout when I go to these festivals,” Ford said.

Not all of the Made Here programs focus specifically on Vermont. While Made Here does include pieces focusing on the state, it features programs of wide variety created by Vermont artists.

“We get a lot of content that may not seem like a good fit for the PBS brand, but talking with the filmmaker, it does make a good fit,” Ford said. “We’re saying, you know, this is what local people are thinking about and this is what they’re making. It’s a great way to have a conversation about local.”

One program that doesn’t seem like typical public television programming is the short film Dead End Job. The award-winning student film follows an obituary writer with “an uncanny knack for predicting the demise of newsworthy people.” The film was produced by New Hampshire film student Samantha Davidson Green.

“Fiction on PBS generally has a historical (or British, or both) context, but by including context about the filmmaker, we feel that we can broaden expectations about the type and format of programs you might see on broadcast,” Ford said in an email. “Once it’s understood that it’s ‘local,’ there is a heightened level of interest.”

Vermont PBS has also formed partnerships with local schools like Champlain College in Burlington. “I went to a showcase at the end of last semester, and I was really blown away by the work that’s coming out of there,” Ford said. “I’m looking forward to a deeper relationship with the students.”

The station will launch the partnership next spring, drawing on work from this fall.

One of the station’s best-received Made Here programs so far was Welcome to Vermont, a documentary by Champlain College adjunct professor Mira Niagolova. The film follows the daily lives of four refugee families resettled in Vermont.

The chance for students to have their work broadcast on Vermont PBS is a huge honor, said Van Dora Williams, director of the filmmaking and broadcast media program at Champlain. The goal drives them to work harder throughout the semester, even though they know their pieces may not be chosen for broadcast.

“I think it’s extremely valuable for the community to see how young people choose to tell these stories, and hopefully [the community] can make some informed decisions about how to keep young people here in Vermont.”

“They’re putting not only their best foot forward, but they’re maybe extending themselves to really meet the PBS guidelines — which is a pretty high standard,” Williams said. The first student films from this collaboration will air on Vermont PBS early next year.

Both Williams and Ford say The collaboration between the school and station has room to grow. Champlain and Vermont PBS  are discussing internships and other opportunities for students. Williams hopes the collaboration and push for local content will benefit the community.

Vermont PBS has aired 20 programs under the Made Here banner since the initiative’s launch in September. Ford expects about the same number of premieres this spring. Programs typically premiere Tuesday and Thursday evenings, sometimes pre-empting repeated of national shows.

Vermont PBS is funding the effort with grants, viewer donations and underwriting from local businesses. “That’s kind of our bread and butter — businesses like that who care about the arts,” Ford said. “They see it as supporting the arts and supporting filmmaking, so we’re hoping to get more local folks on board who are interested in supporting.”