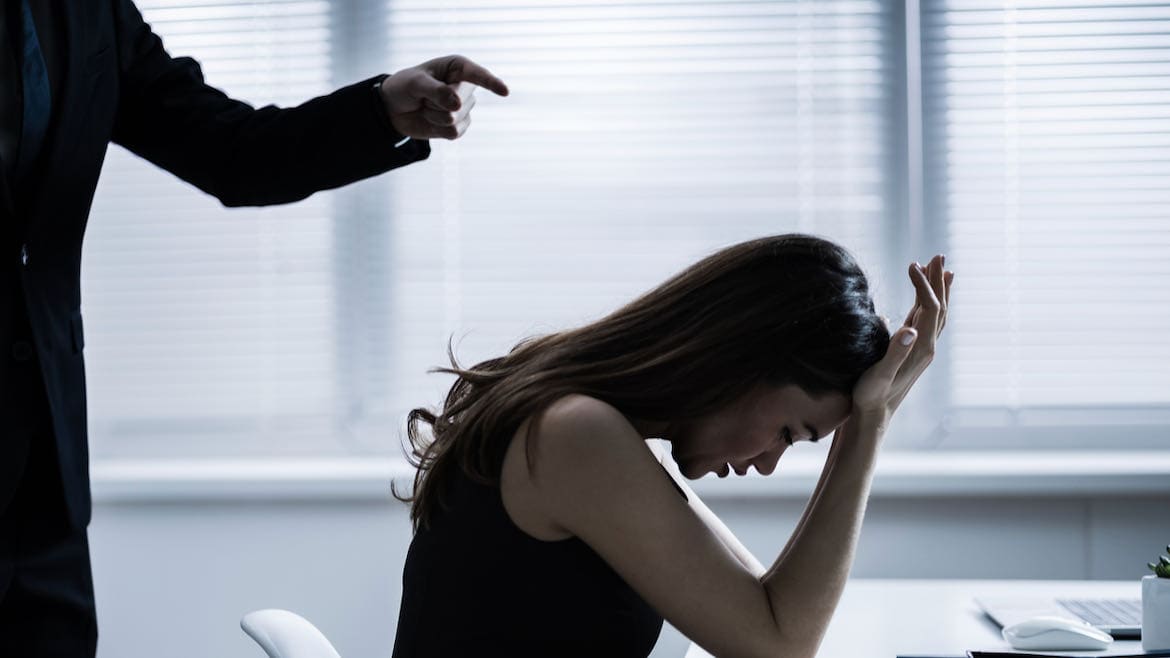 The history of classical music is teeming with stories of legendary bullies and abusive “geniuses.” My professors in college took delight in repeating tales of Georg Frederic Handel holding a soprano out the window by her ankles or Beethoven throwing wild tantrums from the piano (although he may have been suffering from lead poisoning). One instructor played audio tapes of Arturo Toscanini screaming at the musicians in the NBC Orchestra, a display of uninhibited rage that is still disquieting decades later.

A few years back, psychotherapist Glenn Berger wrote about his early career in music production, specifically the tortuous days he spent working on Bob Dylan’s 1975 album Blood on the Tracks. From the moment Berger placed his first mic to the final recording session, he was subjected to intense abuse. When he asked Phil Ramone a friendly question, Berger wrote, the legendary producer wheeled about screaming, “Who do you think you are, asking the great Ramone a question? You don’t question what I do, you just obey!” Dylan was reportedly no better, humiliating musicians and summarily dismissing them in as disrespectful a manner as possible.

The reason I’m talking about musicians in a publication focused on broadcasting is the way Glenn Berger described what he learned in that small New York studio. “I did come to understand,” Berger wrote, “that artists are not supposed to be nice.” Essentially, he concluded that Dylan’s work is so profound, so valuable to the world at large that it excuses his abusive behavior. “Who are we to judge the way they behave when they do that much for us?” he asks.

For decades, this has been the unspoken question posed to journalists in our industry as they endured bullying and intimidation, all for the sake of some greater purpose: “Who are we to blame the great ones who are under such pressure and stress that they sometimes crack and take out their frustrations on their colleagues?”

Admittedly, this issue is personally significant to me. It’s no secret that I worked beside John Hockenberry for years while we were co-hosts of The Takeaway at WNYC, and since I came forward in 2017, the bullying I endured at Hockenberry’s hands is no longer a secret, either.

It’s disheartening that WNYC is once again making headlines for similar reasons, with news that Bob Garfield, longtime co-host of On the Media, was fired after two investigations corroborated allegations of bullying. Because of my experience as a victim of mistreatment, I’ll admit that I have an anti-bullying bias, but I’m also determined to do whatever I can to shield others from having to tolerate mistreatment in order to protect their jobs.

One of the most effective ways to accomplish that is to end the worship of “great artists” — especially hosts who are widely considered to be brilliant and therefore receive special dispensation for bad behavior. It’s true that hosting a show requires unique skills, but they are not automatically more precious than the abilities required of a great producer or able editor; they are simply different.

Every time that I’m ushered into a studio by someone calling me The Talent, I grit my teeth. Hosts are not the talent; they are, hopefully, talented members of a team that works together to put a show on the air.

Unfettered latitude and deference can bring out the worst in people. It’s natural, if not forgivable, for some people to test the boundaries of what’s allowed, to go from speaking sharply to engineers, to raising their voice in news meetings, to screaming at producers. Bullies don’t spring forth from the earth, anger dialed up to 10; they are excused when they throw minor tantrums and thereby learn that their rage is not just tolerated but expected.

And that’s why it’s crucial that we learn from the mistakes of the music industry and refrain from labeling some as “great artists.” There is no such thing as a host who is “too big to fail.” Executives in the past have made a devil’s bargain, trading psychological safety and well-being for the majority for the comfort of some powerful individuals. Our culture of host hero worship creates monsters, and it is long past time to break this cycle.

When you empower some at the expense of others, it inevitably leads to an imbalance that disproportionately affects those who are most vulnerable, notably women and people of color. Which means that putting hosts on a pedestal can not only lead to an increase in bullying and abuse but also widen the existing inequities that exist on racial and gender lines.

Musical genius doesn’t excuse Toscanini’s cruelty, and talent doesn’t justify the creation of a hostile work environment. A host is important; so is a producer, and so is every member of your talented staff.