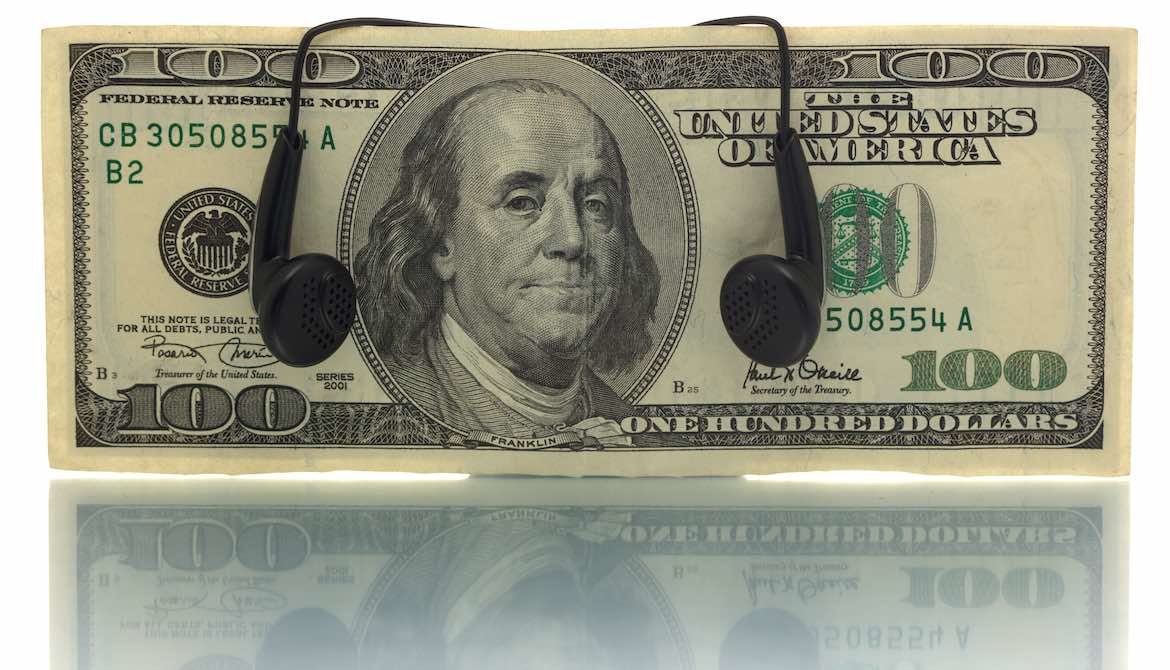 When Misha Euceph took the chance to create a podcast as an employee of KPCC in Pasadena, Calif., it didn’t cross her mind to ask station leaders whether she was entitled to intellectual property rights as the show’s host.

But after controversies this year involving the intellectual property of podcasts owned by Spotify and BuzzFeed, some public media podcasters who have co-created podcasts or worked as driving voices behind them are asking whether they should have ownership stakes in their work.

Euceph, a former host and producer for KPCC, helped raise awareness about the issue within public media in June when she tweeted that she did not “own a single percent” of intellectual property rights for Tell Them, I Am, a podcast she pitched to the station during her first week as an employee in January 2018.

In her tweets, Euceph referred to ownership controversies about Another Round, a since-canceled BuzzFeed podcast, and Gimlet’s The Nod. Tracy Clayton and Heben Nigatu, the hosts of Another Round, had tweeted that they wanted to acquire the rights to the podcast’s back catalog from BuzzFeed. Brittany Luse and Eric Eddings, hosts of The Nod, created the show as Gimlet employees and told The Verge that they had to ask Spotify, which owns Gimlet, to capitalize on the podcast’s brand. All four podcasters are Black and told The Verge that the power dynamic regarding ownership is skewed towards executives who are typically white.

Euceph tweeted that she “started asking questions about ownership, IP and bonus structures” at KPCC when the station asked her to pitch new ideas for podcasts. “For months, my questions went around in circles. I was told not to ask them as an employee. That CA law is against me. Then, I was told that upper management would talk to legal and get back to me.”

“At one point, I was told that I could only have IP and ownership if I quit. Still, like the idiot kid I was, I pitched another show. I received laughable terms ($5000 in a bonus if the show reaches a crazy per episode download threshold in the first 30 days). After this, I quit.”

Euceph left the station in February to found Dustlight Productions, an audio company that produces podcasts and offers training. Her former boss at KPCC, Arwen Nicks, and Mary Knauf, lead producer for the Tell Them, I Am, now work for the company.

In August, a few weeks after Euceph went public about her ownership queries, she agreed with the station to buy full ownership of Tell Them, I Am. She declined to disclose details of the deal but told Current she plans to reboot the podcast under her production company. KPCC declined to make station leaders available for this story, but Southern California Public Radio CEO Herb Scannell told The Verge in June that the organization was “evaluating our creator engagement models.”

Euceph acknowledged that KPCC paid to make the show, which focused on spotlighting Muslim voices. But she argues that she deserved to own the podcast because the station had no plans or ability to elevate the program after she left. She hopes her successful negotiation leaves the door open for other podcasters to obtain rights to their programs.

“It sets a precedent within KPCC. It sets a precedent within public media. It spotlights how creators of color aren’t given the resources and are made to feel grateful for giving their life stories for pennies,” she told Current. “Even more than that, it highlights the same problem that so many creators in the music industry have talked about, which is that corporate institutions who provide you with monetary resources want to own a disportionate amount of things you create.”

Owning a podcast’s intellectual property can bestow a number of benefits on hosts, producers and creators. They can distribute the programs independently, retain their RSS feeds, earn revenue from advertisements, make exclusive deals with streaming platforms and profit from licensing merchandise and books using the program’s brand. But companies typically argue that they should retain all intellectual property rights because their resources, including employees, were used to make the podcast in the first place.

Though he has never spoken to his employer about intellectual property, Sam Evans-Brown recognizes what’s at stake. He has always assumed that New Hampshire Public Radio would own Outside/In, a podcast he co-created for the station with current and former employees. But he has considered what would happen if he got laid off or if the station canceled the podcast due to budget cuts.

“In that instance, I can imagine going to management and saying, ‘What would you think of me taking the show and trying to do it independently on my own?’” he said, adding, “I think if we were to have that discussion, I don’t think I’d have a strong case for claiming that it’s mine.”

“Yes, I am the host of the show. Yes, to a certain extent, the show has a lot of the imprint of my personality on it, but I don’t think of it as my IP,” he said.

Like Evans-Brown and Euceph, Garrett McQueen didn’t think about ownership when he and Minnesota Public Radio host Scott Blankenship created Trilloquy, a podcast about news, culture and classical music for American Public Media in May 2019. McQueen described himself as a “newbie” to some of the more complicated business issues.

“Those were questions I didn’t even know to ask,” he said. “Trilloquy was going to happen one way or another, but Scott and I decided, ‘Why not see if we could just get paid to do it at work and not have to do it on our own time?’”

McQueen, then a host for APM’s Classical 24 service, said he pitched the idea to the network as a means of drawing younger listeners to classical music. Fifty episodes were produced, but when he learned that APM might cut the podcast due to this year’s layoffs and buyouts, he faced a dilemma shared by other podcasters: What happens if you leave a station or your podcast is eliminated? Can you take it with you?

McQueen told Current that some saving grace came when Brian Newhouse, a former managing director for MPR/APM, helped the co-hosts negotiate ownership of the podcast. APM handed ownership to McQueen and Blankenship June 1.

McQueen’s relationship with MPR/APM has since soured. He said he was fired this month due to a dispute over how he handled his music selections for Classical 24. But McQueen said he isn’t holding a grudge against APM about Trilloquy because its resources helped launch the podcast. In hindsight, however, he said he would have gone independent from the start.

He cited the creators of The Joe Budden Podcast, which had an exclusive deal with Spotify, as one of his inspirations for wanting to be independent. Budden, who owns the show’s intellectual property, said the podcast exceeded Spotify’s audience projections, but that the company undervalued his co-hosts and pushed back on giving them bonuses and allowing vacations. Budden has since created an independent network.

Here & Now co-host Tonya Mosley also hosts the podcast Truth Be Told for KQED in San Francisco. Mosley does not have intellectual property rights for Truth Be Told, originally created in 2016 with Joshua Johnson as its host. The podcast was rebooted in 2019 to suit Mosley’s personality.

Mosley said it is important to note that many of the conversations around intellectual property involve younger content creators, people of color and women, cohorts that she says are “the future of public radio.” Yet employees are “still working under these antiquated ways” regarding media and ownership, she said.

“The power dynamic is off in a way that doesn’t account for the world that we’re in today,” Mosley said.

For-profit production companies, NPR and stations in particular should be thinking more about equity as a way to retain employees, Mosley said. But she said she isn’t confident that they will change because public media has not performed well on issues of race and equity. She added that some of the responsibility is on creators to become more knowledgeable about their intellectual property rights to avoid being taken advantage of.

“It’s a lesson for me too, quite honestly,” she said. “I knew from the start that I was putting my whole self into this podcast in a way that made it very specific to me and what I could give listeners, but it never crossed my mind until much later that I could have a stake in it. I think that’s where the opportunity comes in for the future for podcasters.”

Like Truth Be Told, NPR’s It’s Been a Minute with Sam Sanders is driven by the voice and perspective of a Black host who does not own the intellectual property rights to his show. Sanders declined to discuss details of his intellectual property conversations with NPR management but said he expects the issue to become more important among public media employees.

“As the industry changes, and we end up with more podcasts driven by personalities, I’m not sure it does big companies and public radio newsrooms any benefit to own this stuff after people leave,” Sanders said. “Because then no one wins. These public radio newsrooms are stuck with feeds they can’t use anymore, and these young creatives, usually people of color, don’t get to take their audiences with them next.”

Sanders also said that public media has a chance to set equitable standards. “If being on the wrong side of the IP debate means that public media is missing out on young, fresh, new talent of color, then we should address that,” he said. “Because I am tired of us always waiting to catch up. Let’s lead on this. Let’s not catch up.”