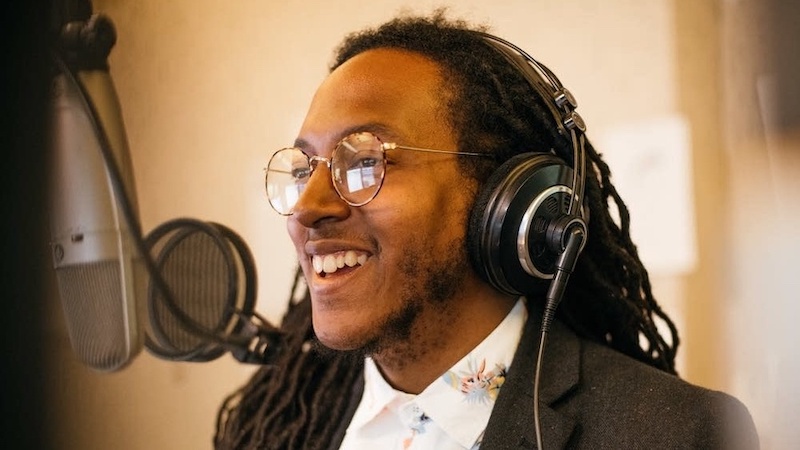 The syndicator of public radio’s Classical 24 service has “parted ways” with host Garrett McQueen over his altering of music playlists, according to a statement posted Friday.

McQueen was the sole Black host on the around-the-clock music service syndicated to stations by American Public Media. He tweeted Thursday that APM had fired him.

An APM spokesperson referred Current to the statement by APM President Dave Kansas and MPR President Duchesne Drew. “Our decision was not sudden and came after several conversations with Garrett over the past year regarding programming changes,” Kansas and Drew wrote. “The warnings presented to Garrett were not tied to his choice of music or the reasons for his unauthorized changes to playlists. He was able to make changes to the playlist, but the manner in which he made changes is what caused an issue. We have a process in place for changing playlists, and that process exists to maintain our more than 200 partner stations’ compliance with the Digital Millennium Copyright Act and to ensure royalties are properly paid for the music played.”

Drew and Kansas also said that they “value Garrett’s work and his distinctive contributions to our shared commitment to increase diversity and inclusion in classical music. And we remain steadfast in pursuing that commitment,” adding that 24% of Classical 24’s music “features a composer, conductor or soloist who is a woman and/or a Black person, Indigenous person, or Person of Color. We are committed to increasing this number.”

McQueen did not respond to Current’s request for comment. He told MPR News Thursday that he was taken off the air after his shift Aug. 25. He said he was given warnings about “his need to improve communication” and about his decision to alter previously scheduled playlists to feature a more diverse assortment of artists. McQueen previously hosted the station’s first Juneteenth special celebrating Black composers.

“When things happened in the news or when there were hours of programming that only represented dead white men, I would take it upon myself to change that,” McQueen told MPR News. “That always got lots of really positive feedback, but it’s not exactly what protocol calls for.”

“And let’s just face it,” McQueen told MPR News, “with [the killing of] George Floyd and all of those things, there was a lot of pressure for me to engage the audience while that’s happening.” APM is based in St. Paul, near where Floyd died in the custody of Minneapolis police. “I’m on the air, literally while the 3rd Precinct is being burned down,” McQueen said. “So, it’s my responsibility to make sure that the programming spoke to that and that’s what I did.”

In response to a listener, McQueen said on Twitter that Trilloquy, the independent podcast he co-created with MPR classical music host Scott Blankenship, will continue to air. APM owned the podcast from May 2019 to April 2020, according to the show’s website. In its recent season, Trilloquy featured discussions of classical music’s role “in the fight against police brutality, anti-racism, and more.”

McQueen, a professional bassoonist, received widespread support from listeners on social media after the announcement. Jeyca Maldonado, a former MPR employee who was laid off this year due to budget cuts, said on Twitter that the station “has a funny way of showing their commitment to diversity and expanding audience,” adding that the firing was “truly some tier 1 bullshit.”

Composer Judd Greenstein has started a petition to return McQueen to the air.