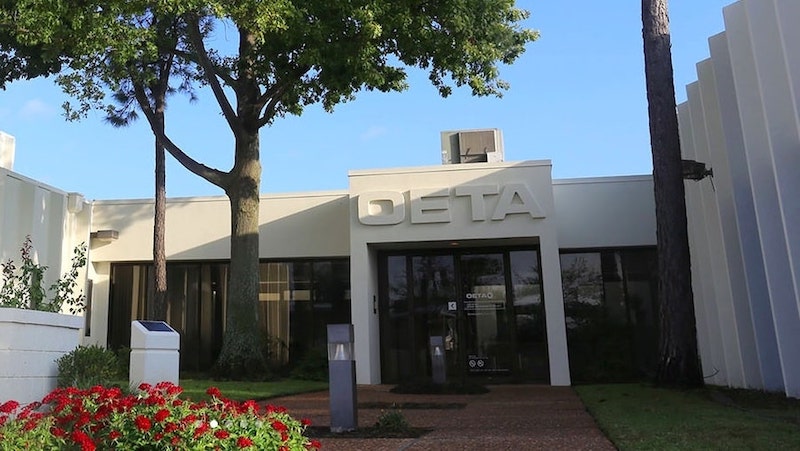 Polly Anderson was shocked when she heard that a billionaire wanted to donate $1 million to the state public TV network she leads.

The Richison Family Foundation, established by Paycom founder and CEO Chad Richison, made the gift. Paycom, a provider of online payroll services and human resources technologies, is headquartered in Oklahoma City. The company went public on the New York Stock Exchange in 2014. Richison has a net worth upwards of $2 billion, according to Forbes.

Last month Richison contacted OETA Board Chair Joy Hofmeister “out of the blue” about making a gift, Anderson said. Hofmeister, the state’s superintendent of public instruction, later told Anderson that Richison is a fan of the PBS series Nova and Nature, and also wanted to fund OETA’s initiative to support at-home learning during the coronavirus pandemic.

“The Richison Family Foundation gift comes at a crucial time for the network, and we are thankful and grateful for the significant impact it will have on OETA’s mission,” Hofmeister said in a statement when the gift was announced last month.

The donation was made to the network’s fundraising nonprofit Friends of OETA and is an unrestricted grant with “no strings attached,” according to OETA spokesperson Aaron Morvan.

Richison told OETA leaders that he knew finances were going to be difficult for many nonprofits during the coronavirus pandemic, Anderson said. His intention for the donation was to offer stability to nonprofit organizations as they plan their budgets.

OETA’s board of directors and the friends group will discuss how to direct funds from the gift, Anderson said. The friends group was established as OETA’s fundraising arm in 2018 during a legal dispute with the OETA Foundation, which was dissolved last year.

In a statement to Current, Richison said he’s been a fan of public broadcasting and a loyal viewer of OETA since he was a child. “I am pleased to be able to support OETA’s family-friendly content that’s creating educational opportunities across the state through their programming,” he said in a news release announcing the gift.

Since the coronavirus began upending life in the U.S. by mid-March, Richison and his wife Charis, a former pharmaceutical executive and diabetes-care specialist, have made major donations to several Oklahoma-based nonprofits, including $1 million to the Foundation for Oklahoma City Public Schools; $1 million to the Community Food Bank of Eastern Oklahoma; and $200,000 to the Homeless Alliance.

As news of Richison’s donation spread to executives at other stations, Anderson began receiving congratulatory emails from public media leaders.

“Even though this gift was not going to their organizations, it gave them a shot in the arm so to speak,” she said. “They were feeling uplifted because this gift was so uplifting to OETA.”