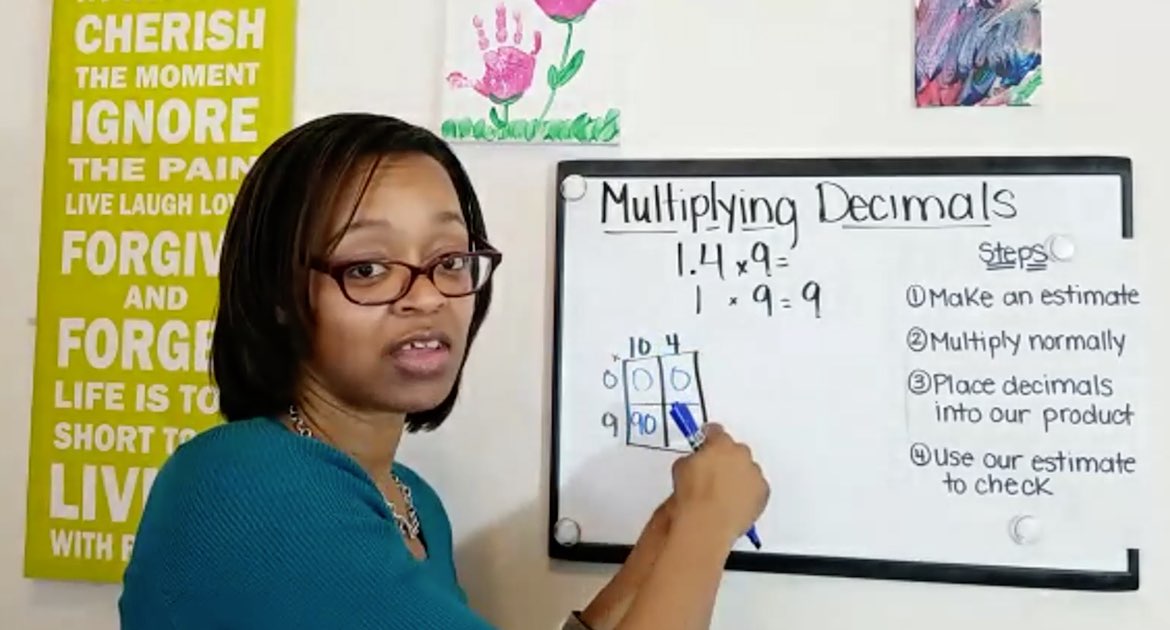 A statewide educational initiative led by WHRO in Norfolk, Va., is bridging the digital learning divide with a midday broadcast lineup of instructional TV programs for K-12 students who lack internet access.

Teachers are the stars of VA TV Classroom, a weekday block of lessons aligned to the state’s standards of learning in language arts, math and science. Since the service launched to provide at-home learning during the coronavirus lockdown, teachers have helped high-schoolers prepare for Advanced Placement exams and led kindergartners through the alphabet song, among other lessons delivered over the airwaves.

“It’s amazing to me how many have told me that they’re tuning in and they’re watching and learning,” said Alystra Barefoot, a second-grade teacher at Poquoson Primary School in the Hampton Roads region. She is recording video lessons on reading and social studies in her dining room. “It makes me so happy that something I’m doing is having a positive impact in such a horrible time,” she said.

WHRO first put teachers in front of cameras for instructional TV programs back in 1961, but broadcasts of such programs ended decades ago. For VA TV Classroom, the station issued a casting call to a new generation of educators, each of whom received two days of training before they started recording video lessons for students across the state.

“These are literally teachers in their houses,” said Bert Schmidt, president and CEO of WHRO. Watching them teach “brings tears to your eyes,” he added.

Over-the-air instruction especially benefits students who live within the broadcast area of Blue Ridge PBS in southwestern Virginia, where rural, mountainous terrain poses barriers to internet access, said William Anderson, president and CEO. The barriers created by geography are compounded by significant economic challenges, he said. Many students don’t have computers that would enable them to learn on digital platforms.

“VA TV Classroom is invaluable,” Anderson said. “It takes us from having to prove our relevance in this day and age for learning over the airwaves to becoming a core service of what the Department of Education needs during a pandemic.”

In one of his early decisions to prevent community spread of COVID-19, Virginia Governor Ralph Northam announced March 23 that the commonwealth’s schools would remain closed for the rest of the academic year. Top educators reached out to Virginia public broadcasters for help in creating an instructional TV service for K-12 students.

“We had major concerns throughout Virginia that many students didn’t have access to the internet,” said James Lane, superintendent of public instruction for the Virginia Department of Education. “We were looking at innovative solutions to provide instruction.”

According to Commonwealth Connect, Gov. Northam’s initiative to achieve universal broadband access by 2028, more than 365,000 homes and businesses in Virginia do not have broadband connections. Lane was confident that WHRO, which is owned by 21 school systems in the Hampton Roads region, was in a unique position to help reach students in those homes.

About the time of Gov. Northam’s announcement of extended closures, Schmidt heard from Jennifer Parish, superintendent of Poquoson City Schools, one of the districts involved in WHRO’s governance.

“I said to him, ‘You’d be a hero if you could get that out there as quickly as you can,’” Parish recalled, referring to VA TV classroom. Parish was especially concerned about how the disruption to classroom instruction would affect students in grades K–3. Children in early-elementary grades would have difficulty navigating online instruction on their own, she said.

“We didn’t even hesitate. We just dove right in and started doing it,” Schmidt said.

“The VDOE, our schools, the stations and our staff all stepped up and put in many, many hours,” working into the night and on weekends, Schmidt said.

VDOE staff helped identify educators who could work on content development and reviewed lesson plans to ensure that they aligned to Virginia’s standards of learning, according to Charles Pyle, director of media relations. WHRO focused on developing and producing the instructional content.

WHRO’s Mitzi Fehl-Seward and Elmer Seward, both former teachers, led efforts to recruit teams of educators and to identify topics for lesson plans that align with the curriculum for the final months of the school year, Schmidt said.

VA TV Classroom launched April 13, three weeks after the Governor’s order to keep schools closed. The first weeks of programming included “Learn to Grow with WHRO” lessons for students in early elementary grades; instruction in Algebra I and Earth sciences for grades 7 through 10; and, during the last week in April, “AP Prep Week” for high-school students. On May 4, “Continue to Know with WHRO,” teacher-led instruction for grades 4 through 7, joined the lineup.

Lessons for each age group air in one-hour blocks from 1 to 4 p.m. All of the segments are available for free streaming from eMediaVA, a digital learning platform operated by WHRO.

Teachers who appear on camera brim with enthusiasm, often presenting colorful graphics to illustrate their points.

“Teachers are doing an amazing job, following the guidelines that my staff set up for them,” Schmidt said.

Lane said the teacher-led instruction is effective at holding students’ attention and helping them understand the material. It also helps them feel more connected to the school community. “It really takes a unique personality to bring that excitement of the classroom alive on TV, and they’ve done a great job of that,” he said.

WHRO and its partner stations launched VA TV Classroom out of their own budgets. WHRO is drawing on its reserves to pay teachers for their lessons and to cover other production costs such as closed captioning.

Lane announced May 1 that nearly $24 million of the federal emergency relief funds provided to Virginia through the Coronavirus Aid, Recovery and Economic Security Act, also known as the CARES Act, will go towards distance-learning initiatives.

Schmidt is hopeful that some of these funds will help cover the costs of VA TV Classroom, but those decisions are pending.

Blue Ridge PBS is also funding its distance-learning activities through its current operating budget, Anderson said. In addition to airing WHRO’s programs, the station is “creating content specifically geared towards our learners,” he said.

AT VPM, “everyone’s just working a bit above and beyond and wearing multiple hats,” Swain said.

Two weeks ago, a major donor stepped forward to support local content creation at Blue Ridge PBS by funding two production positions, Anderson said. The gift “has given us the opportunity … to grow. Because of the understanding that we are now in the forefront of education, we have become a core relevance to the community,” Anderson said. “They’re noticing us again.”

The VA TV Classroom schedule was to end June 19, which would have been the day that schools closed for the summer, but that may change, Schmidt said. WHRO is talking with VDOE and school superintendents about summer learning plans that could include continuation of the instructional programming and teacher professional development on virtual learning.

VA TV Classroom has clearly demonstrated the value of public television’s role in education, Schmidt said. “I think this whole pandemic experience has allowed our entire industry to show people how important we are,” he said. “We are in a place to shine.”