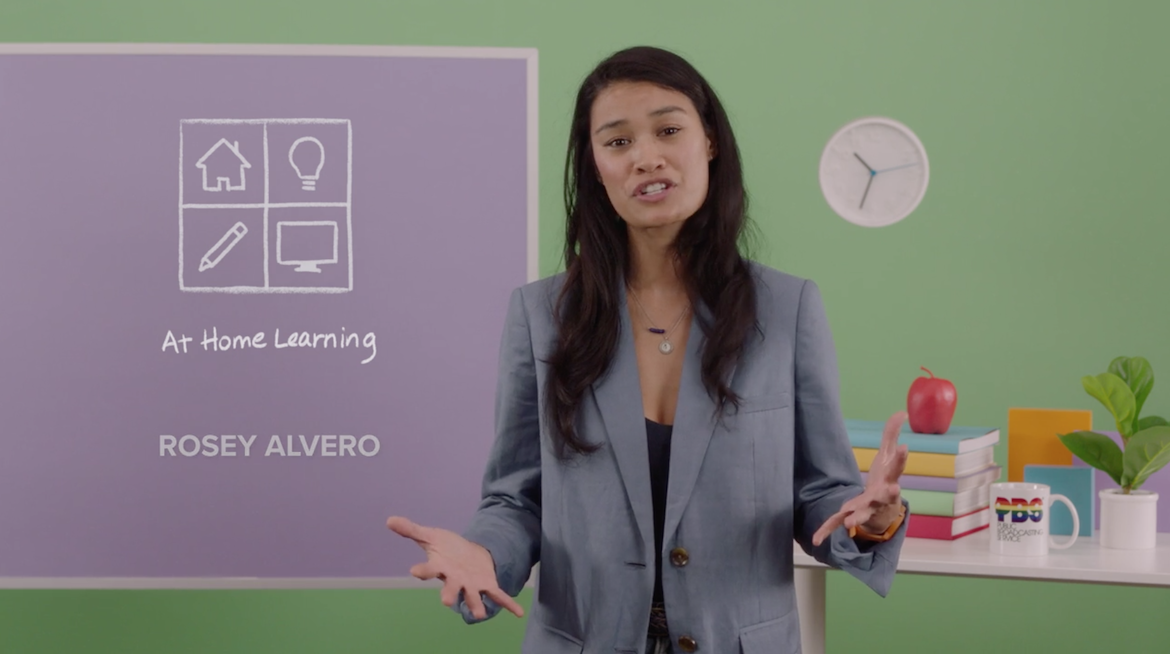 As the nation’s second-largest public school district made plans to shut down in response to the coronavirus pandemic, public broadcasters in California collaborated to support out-of-school learning for students in Los Angeles who lack access to the internet.

To ensure that students and educators in the Los Angeles Unified School District can carry on with lessons at home while the school system is closed, three PBS stations serving the L.A. region created separate broadcast services for children in three distinct age groups.

KQED in San Francisco joined the partnership to support digital learning. Its education specialists created customized collections of media and lesson plans matched to the broadcast programs and LAUSD curriculum.

The distance-learning plan developed by the California partners has been embraced by public TV stations and state networks across the country. As of Monday, 36 public TV licensees in 22 states had agreed to adopt the program schedule and digital learning resources assembled for students in Los Angeles, according to PBS SoCal/KCET. Other stations have been working closely with local educators to develop similar distance-learning services.

On March 16, the first day of school closures in L.A, PBS stations across the region launched educational broadcasts that run from 9 a.m. to 3 p.m. Monday through Friday.

LAUSD Superintendent Austin Beutner initiated the partnership as he prepared to shutter schools. The majority of students in the district are from low-income families — 80% live in poverty and 25% can’t access the internet at home, Beutner said.

As the district’s educators developed plans to continue some instruction while schools were closed, they realized that a large population of students would be left out of web-based lesson plans. “We felt an obligation to make sure, from an equity and access standpoint, everyone could participate and continue to learn,” he said.

Beutner approached PBS President Paula Kerger and PBS SoCal/KCET President Andrew Russell about how PBS and other stations could work with the district to support continued learning at home. “I saw an opportunity for us to show the rest of the country what ‘good’ looks like,” Beutner said.

“We have this broadcast platform that reaches virtually every home, so we can continue to service students who don’t have access to the internet,” Russell said.

As the California partners rushed to pull all the elements together — including age-appropriate curricular materials, webinars for teachers and on-air messaging — PBS convened a March 11 conference call for education specialists at other stations. The California content plan provided a model for PBS members in other states to help educators bridge the digital divide and support at-home learning.

When school systems across California announced school closures to slow the spread of COVID-19, KQED and KPBS in San Diego also moved to revamp their broadcast lineups to support over-the-air education.

Stations in other states are launching packages of programs and online content this week. WGBH in Boston created a digital “distance learning center” and rescheduled the afternoon lineup of its World Channel to broadcast programs for students in grades 6–12 starting Monday, according to Erin Callahan, director of media relations.

Similar plans are in the works in Michigan, where Detroit Public TV is collaborating with educators and other public stations to develop a broadcast service, according to DPT CEO Rich Homberg.

The Los Angeles initiative is unique. Few cities have three public TV stations and partners with the capacity and staffing to support K–12 education over broadcast channels and digital platforms.

“We worked to create a channel destination for different grade levels,” Russell said. With three channels to work with, the stations and LAUSD reviewed curricula for each grade level and program content. Then they agreed that the three groupings would work best.

“Through this approach, students in the different grade groups will be watching programs appropriate for their ages and grade levels,” he said.

Since KLCS participates in PBS’ program differentiation plan, it has limited access to PBS programs. The partners worked with PBS to ensure that each station had rights to the PBS content in its educational lineup, according to Russell.

PBS SoCal continues to multicast the 24/7 PBS Kids channel for the youngest learners, Russell said. The PBS Kids lineup airing on PBS SoCal’s primary channel includes programs that appeal to preschoolers and early-elementary students up to third grade. Looking ahead, PBS SoCal may add other grade-appropriate programs and break materials that support at-home learning, he said.

The digital resources can be easily integrated into Google Classroom to expand and deepen the learning experience, Mencher said.

The California partnership includes a statewide communications campaign that provides direct emails and outreach to teachers. State education leaders and educational organizations such as the California Writing Project and Common Sense Education have shared public TV’s resources with their constituents, according to Mencher.

The campaign, now in the works, includes on-air spots, online guides, social media and other promotions, according to Russell.

Staff from KQED and PBS SoCal have also been advising stations in other states as they develop plans to support out-of-school K–12 education in their regions.

PBS and stations are also working to build awareness of PBS LearningMedia, a free digital resource for educators, caregivers and parents. About 1 million teachers access the site every month, according to Sara Schapiro, PBS VP of education. With so many families adapting to school closures, there’s an opportunity to serve even more parents and students who have access to the internet. “We are really excited these materials will be useful as people are struggling to keep learning when schools will be closed,” she said.

There’s still a lot of work to do to support at-home learning around the Los Angeles stations’ broadcast schedules. The “dream and goal” is for LAUSD students to do exercises and activities at home after watching the shows, Russell said. Efforts to make that happen are now underway.

The stations are working with teachers to produce brief spots that include learning prompts at the beginning and end of each program, Russell said. The introductory spots encourage students to watch programs with learning goals in mind; those that follow ask them to solve problems by applying core concepts from the show. LAUSD curriculum specialists are working with the stations on the interstitials.

‘Value to the community’

Formalizing the partnership and preparing for the fast-turnaround launch was a huge undertaking, Russell said. “People are putting in long hours,” he said.

PBS SoCal and KCET suspended production of all local programs and reassigned their production and creative services teams to work on pre-K–12 content for broadcast, Russell said. Staffers across all departments — from the preschool education team to digital and social media producers — are now focused on the education service expansion. The membership customer service team added people to field calls from parents, teachers and students. And broadcast operations staff have built new schedules, downloaded programs from the PBS sIX interconnection system and handled trafficking for new break elements.

Russell and Michael Isip, president of KQED, said they have to work through many practical considerations as they move forward, such as the revenue implications of launching the service, how long it can be sustained and whether there’s enough programming to fill the gap for three months or more.

“In the long term there’s a value to the community that will come back to us in spades in terms of support,” Isip said.

One goal of the California partnership is to share information so that the program can provide a model to stations in other communities, said Beutner of LAUSD. “This is an opportunity to keep families together in a safe place learning together, irrespective of what might come down the road,” he said.