In an unprecedented combination, the former and current primary PBS stations in the Los Angeles market will end their long rivalry by entering into a merger.

Independent broadcaster KCETLink Media Group (KCET), based in Burbank, and PBS SoCal (KOCE) in Costa Mesa, unveiled Wednesday a plan for “a merger of equals.” They aim to become a powerful new hub for original public media content and innovation that serves 18-plus–million people in Southern California. 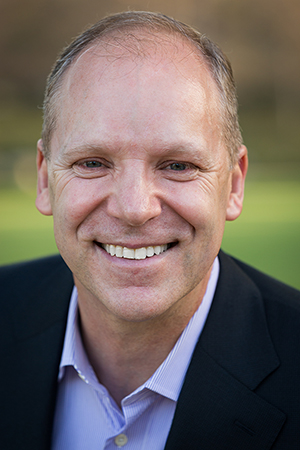 The new organization will be debt-free and boast an $80 million endowment, thanks to the stations’ participation in last year’s FCC spectrum auction, according to PBS SoCal’s Andrew Russell, who will run the new entity as CEO.

Both stations already had lean staffs, and Russell believes their combined skills are complimentary. “There is not a lot of overlap, [which] is one of the great reasons we are coming together,” Russell told Current. “It’s a merger about growth. … We can see a future where we add people.” Each of the stations operate with staff of about 65 employees, he said.

“The reason the timing is so perfect is that both organizations are on the upswing.” — Dick Cook, KCETLink board chair

The deal, expected to close by the end of June, marks the close of a tumultuous eight years for both organizations. KCET, which had been a powerhouse PBS station and producer for 47 years, left the fold in 2011 in a dispute over annual dues. KOCE, which counterprogrammed PBS fare from nearby Orange County, stepped up to become the primary outlet.

Both stations struggled financially in their new roles and each faced a backlash from a confused public. KCET merged with satellite channel LinkTV in 2012, a move that further challenged the organization to redefine its audience service.

Last year both KOCE and KCET were buoyed by a combined $110 million payout from the spectrum auction. Talks about collaboration or merger — an unfulfilled aspiration from before KCET’s split from PBS — were reignited in earnest.

“The reason the timing is so perfect is that both organizations are on the upswing,” Cook told Current. “It puts us in a really good position to go forward.”

Cook called the merger “the best of both worlds.”

Key decisions about how the stations will operate under one licensee are yet to be made. For now, both will maintain their programming and branding strategies, said Jennifer Vides, PBS SoCal VP of marketing. “Of course we are going to take a look at the market and just figure out what the right mix of content is going to be.”

“This is just about serving the market better, providing viewers with more windows of opportunity to access the content they love,” Vides said. “There are no plans to suddenly disrupt the schedule.”

As part of the deal, PBS agreed to treat the new organization as one public TV station with two licenses, allowing it to pay one set of dues, she said. “We worked with PBS to come up with the solution — a good solution,” Vides said. She declined to elaborate on the discount.

Broadcast coverage of both stations’ signals is “very comparable,” Russell said. The stations will keep their call letters and co-brand with the new name of the merged entity, to be announced when the deal closes.

A 32-member board of trustees will govern the new organization. Trustees now serving on the KCETLink and PBS SoCal boards will join together and recruit four new appointees.

CPB has been encouraging collaborations among public TV stations since the mid-1990s, and President Patricia Harrison praised the merger in a statement. CPB is “pleased that our longstanding goal and efforts to encourage the merger of public television stations KCET and KOCE will be realized.”

“Citizens in greater Los Angeles, and across Southern California, will benefit from the combined strengths and capacities of these two stations — especially the increased ability to produce content for diverse local audiences as well as national audiences,” she said.

Before KCET split from PBS, the two stations explored creation of the SoCal Consortium. Those partnership talks included KLCS in Los Angeles and KVCR in San Bernardino, Calif. Consultants from Booz & Co., who had been commissioned by CPB, predicted higher revenue and significant savings for all of the stations involved. Then KCET President Al Jerome announced the decision to drop PBS membership. The consortium of all four stations hit a dead end.

PBS President Paula Kerger, who worked with KOCE leadership to elevate the station to a new level of service, also welcomed the merger. In a statement, she predicted that the new entity “will be a great partner to PBS and will help strengthen the broader public television system.” 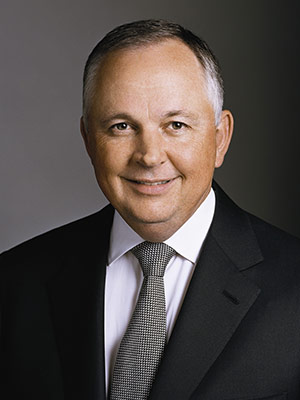 “Sitting here in the creative capital of the world and being able to draw from all that capacity, and finding stories to tell, I think is a huge asset for our new organization and for PBS and public media overall,” he added.

Russell had been hunting for studio space in Los Angeles to expand KOCE’s footprint. Now KOCE will draw on KCET’s facilities and Burbank location.

Conversations about the merger began after Riley, a former head of ABC Family, joined KCET as CEO in 2015.

But his talks with Russell were put on hold for more than a year, when the FCC prohibited broadcasters from communicating about their spectrum auction plans during a mandatory quiet period. As soon as that ended, talks resumed “and they were very, very fruitful,” Cook said.

“Michael and Andy developed a very good relationship,” said Cook. It was “the right place, and the right time, and the right people. … [The] leadership in both organizations that believed in the same vision, in where we could go and what this could mean.”

Cook credited Bruce Ramer, CPB board vice chair who also serves on the board of KCETLink, for moving things along. As the talks proceeded, committees within the boards of each organization led the process. Marc Stern chaired the PBS SoCal committee, and Gordon Brava for KCETLink.

Both boards approved the merger unanimously in mid-March. All remaining issues that needed board review were approved on Monday.

Cook called Link TV, the satellite channel that reaches 35 million homes, “a very important part of our future.” Decisions about how it fits into the new organization’s strategy have been tabled for now, he said.

“We have put it aside until we can make this [merger] happen and get it integrated, and then will devote our attention” to Link TV, he said.