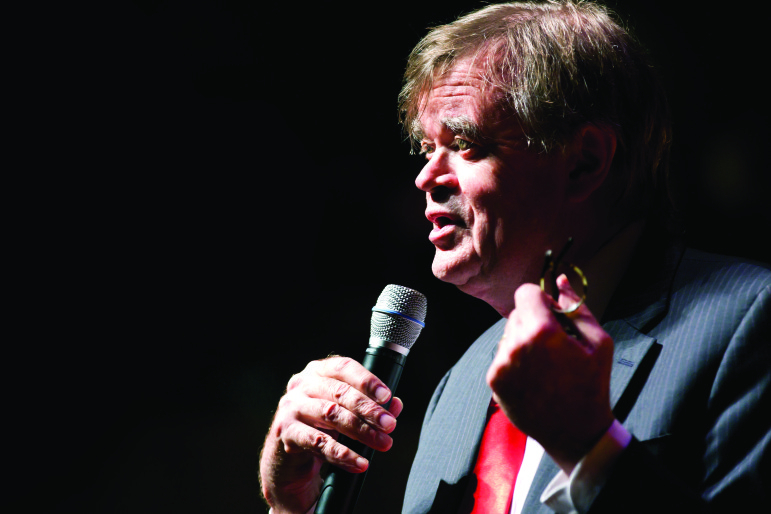 Garrison Keillor told The Berkshire Eagle Friday that he will transition out of his role as host of A Prairie Home Companion during the 2015–16 season of the show, which begins in September.

Keillor’s replacement will be Chris Thile, a mandolinist and singer in the bands Punch Brothers and Nickel Creek. Thile guest-hosted two APHC shows in February.

The website Mandolin Café confirmed the news with Thile, who said, “Everything Garrison said is true, and I’m really excited.”

Keillor told The Berkshire Eagle that he will co-host some shows during the 2015–16 season. He added:

“Chris is my man,” said Keillor, “and I’m eager to stay home and read books. But of course, I’ll do whatever needs to be done to assure an easy transition — sing, dance, do ‘Guy Noir,’ talk about my home town, whatever is required.”

According to the paper, APHC’s 2016-17 season will feature Thile exclusively as the host, and the program will then become “a music-intensive variety show.”

It’s not the first time Keillor has talked about retiring. In a 2011 interview with AARP, Keillor said, “I am planning to retire in the spring of 2013, but first I have to find my replacement.”