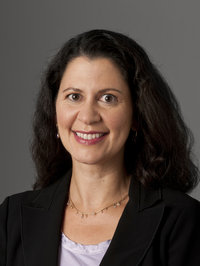 Melissa Block, co-host of NPR’s All Things Considered, will leave the show as of Aug. 14, the network announced today.

In her new role as a special correspondent, Block “will produce richly reported profiles of figures at the forefront of thought and culture, as well as long-form stories and series on the critical issues of our day,” according to NPR’s announcement. She will also guest-host NPR news shows and develop podcasts based on her reporting.

“These last 12 years hosting All Things Considered have been a journalist’s dream,” Block said. “I’m immensely proud of the work we’ve done together, of the audience growth we’ve seen over those years, and of the deep connections I’ve made with so many listeners. I look forward to continuing to enhance NPR’s core journalistic mission and reputation in my new role.”

Block co-hosts the show with Robert Siegel and Audie Cornish. NPR has not named a replacement.