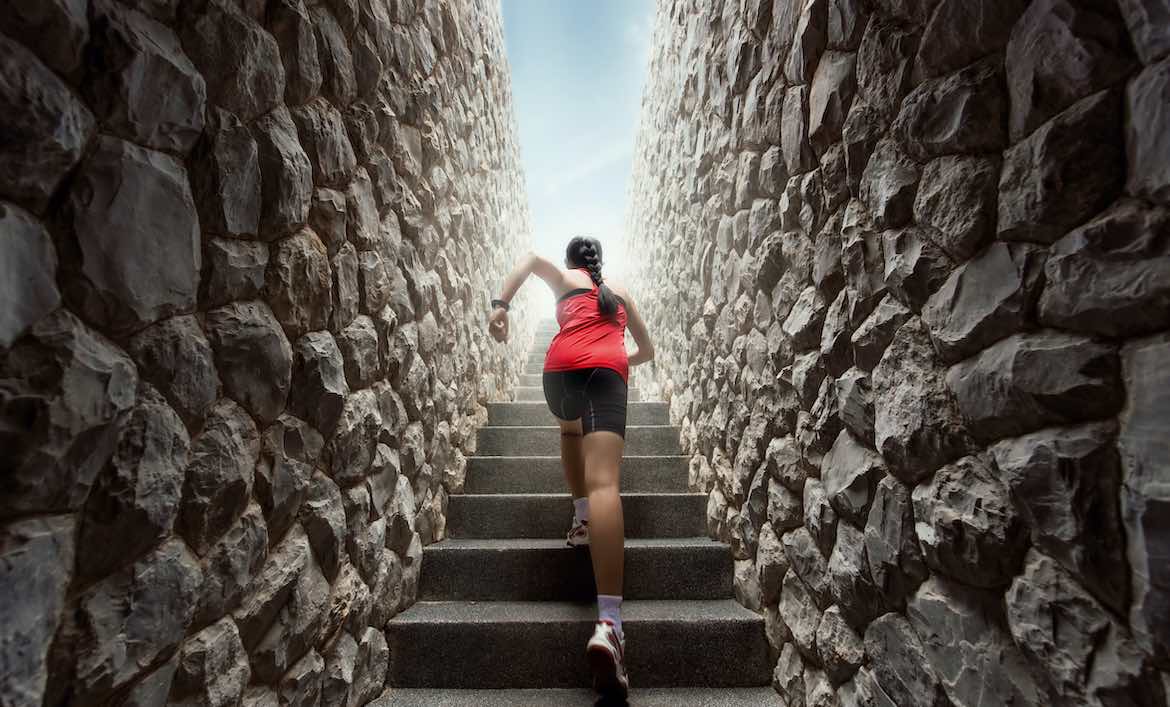 Even in the best of times, predicting donor behavior is an inexact science. Given the unprecedented nature of the pandemic crisis, the need for timely, large-scale fundraising analysis is critical to efforts to forecast what may be coming next.

Since this pandemic started, I have witnessed the countless ways in which local stations have been serving as critical resources, conveners, conveyers and storytellers in their communities. Stations are building deeper connections with their constituents while delivering on their public service missions in ways that were unimaginable just a few short months ago. In my 20-plus years in public media, I’ve never been prouder to be associated with this industry. And yes, all of this work will have a significant and positive impact on station fundraising into the future.

Contributor Development Partnership has been focused on learning what we can report about the first months of the pandemic, which coincided with spring membership drives at many public stations. We’ve just completed updating data from 112 stations and now have our first analysis of how the early stages of the COVID-19 era have affected public media’s individual giving programs.

The stations in our analysis represent 2.5 million donors and nearly $100 million in donations during the first three months of 2020. To summarize what we’ve heard from public TV and radio stations and confirmed through data analysis: Membership revenue is holding its own. Stations that continued with their March on-air drives are doing better with fundraising than those that delayed or canceled their drives outright. Stations with strong sustainer membership programs — with sustainers making up at least 20% of their membership files — are also showing resilience.

There also appear to be two axioms emerging: Digital fundraising is on the upswing and, for public TV stations, Passport dominates. We’ll dive into both trends in more detail below.

One month of crisis giving does not predict future giving, especially in such unprecedented circumstances. But it does offer a glimpse into the impacts we’re seeing across the system and hopefully provides some insight into future fundraising performance.

In aggregate, our cohort of 112 stations realized a 3.9% increase in overall revenue during the first three months of 2020, to nearly $94 million, compared to $90.4 million in the same period last year.

However, strong revenue results in January and February (up 8.9% over 2019) were responsible for much of the increase. In March, revenue declined 3.1% compared to 2019.

While it is interesting to look at the total change in revenue across all stations, looking at the median percentage change in revenue in the television and radio cohorts offers more insight into how different station types were impacted by the crisis.

Our table represents the median percentage change during the period for each cohort. While the overall median increase for the first three months of 2020 shows an increase of 4.7%, the data indicate that TV station revenues were up more for the period than radio. During March, when both TV and radio stations suffered decreases, the losses cut more deeply into radio revenues. The percentage drop for radio was more than double the decline for public TV stations.

It is important to connect practices to the actual data. To understand what drives these changes, here’s what we found when we looked at individual fundraising channels.

On average, 30% of station revenue came in via direct mail, including renewals, acquisition, lapsed and additional gifts. TV stations fared slightly better than radio, up 1.1% for the period compared to radio stations, which were down 0.9%. Direct mail results for both cohorts decreased in March 2020 over 2019, but results for the three-month period were bolstered by strong responses in January and February.

March is a particularly important month for on-air fundraising. Across the system and for individual stations, it typically generates an average of 31% of revenues for the month. For three months of the analysis, pledge represented about 20% of total membership revenue. But the data for March 2020 shows how much some stations pulled back from pledge.

However, most stations appear to have continued on-air fundraising during the crisis with reasonably good results. TV stations that stuck to their fundraising schedules while adjusting the types of programs they aired did quite well. In particular, self-help programs on wellness, personal finance and brain health resonated with viewers.

Shelter-in-place directives may have had more of an effect on radio pledge. Pledge revenue dropped a median 16.1% for the month, perhaps as audiences listened less during drive time. The data doesn’t show how many radio stations pulled back from pledge, but we know many delayed their campaigns because they didn’t have processes in place to run on-air drives under remote work arrangements. TV pledge, which started in early March, suffered less of a loss, dropping 9.6% in March and 6.4% for the three-month period, compared to radio’s 10.4% drop.

Across all public media fundraising channels, sustaining members had the greatest impact on the fundraising success of stations. Representing an average 24% of all membership revenue for the period, sustainer gifts were one of the few segments showing positive gains across all three months. Radio showed slightly higher gains than TV, with a 4.1% median gain for the three-month period, compared to 2.6% for the TV station cohort. Both TV and radio showed gains of 2% and 3.5%, respectively, during the crisis month of March.

It’s clear that sustainers have lived up to their name. This group of donors has been sustaining the stations and their important missions in local communities.

Many donors appear to have responded to crisis-related digital appeals. Looking at the median for TV and radio cohorts and excluding PBS Passport revenues, digital donations increased by a median of 18.4% in March 2020 for TV stations and 19.9% for radio stations. For the three-month period, radio grew by a whopping 22.3%, while TV stations were up 15.2%. While digital revenue makes up only about 8% of membership revenue, stations’ abilities to pivot their messaging and quickly connect to donors via digital channels during a crisis made a critical difference.

We split revenues from PBS Passport from the analysis of digital donations because of the explosion in Passport activation and viewing during March. CDP’s Dan Atherton wrote about record-setting levels of Passport usage for the 83 stations that participate in our Audience Engine service.

These trends were evident in our broader analysis. Passport revenue increased by a median 48% in March 2020 versus March 2019. For the three-month period, the average large station raised $141,363 in Passport revenue. For medium-sized stations, the average was $41,994; small stations, $12,904. For public television, Passport viewing behavior and the donations it generated appear to have had the most direct impact for donors weathering the crisis under stay-at-home orders.

Interestingly — and despite the significant increase in lower–dollar-value Passport donors — both radio and TV saw slight year-over-year increases in the size of the average gift in March. Both saw a roughly $4 increase to $105, a 4% increase.

After a reasonably strong start to the year, donations from major ($1,000+) donors were flat for the three-month period among the 112 stations in our analysis. Both TV and radio were down in March, but major-gift fundraising in TV suffered more. It decreased by a median of 14.5% compared to radio, with a decrease of 8.3%.

Given that we looked only at donors giving $1,000+ for the period, this trend could change with renewed efforts and communications aimed at informing major donors of the critical role of their financial support for public media during the crisis. Stations need to watch this revenue line quite closely. It is critical that major donors remain attached to the mission of their local stations and don’t move their support to other local nonprofits.

April fundraising and beyond

While the most recent National Reference File contains giving through March 2020, we can offer a glimpse into April fundraising by analyzing the results of stations that participate in CDP’s Member Services Bureau.

We looked at 18 TV and joint-licensee stations that have been with MSB for at least one year to gain some insight into the direction of their fundraising. For both March and April, median change in revenue for these stations was relatively flat, at 0.6% and -0.4% respectively. However, Passport’s impressive growth extended into May, and the final two weeks of April (April 19–May 3) showed some improvement over the week of April 12–18. Our MSB partner stations have added more than 16,000 Passport donors since March 1. As retained sustaining members, these donors have a combined future value of $1.1 million. That’s the equivalent of a mid-market station program, in just nine weeks.

I am encouraged by these results, but we all must recognize it’s a question of when and not if the current economic downturn hits our industry. With a turbulent stock market, more than 33 million unemployed and layoffs creeping into white-collar sectors, budget-savvy stations are preparing for that reality now.

Boomers, a significant share of public media donors, are nervously watching their 401(k) portfolios and may reevaluate giving priorities. University licensees are imposing hiring freezes and funding cuts; as they reduce services, their stations may be asked to become more financially self-sufficient. Managers at all licensees are taking a hard look at current services, placing holds on capital expenditures and making difficult choices in their fiscal year 2021 budgets as they set their sights on better days ahead and chart a responsible course to get there.

Michal Heiplik is EVP and a co-founder of the Contributor Development Partnership, a Boston-based public benefit corporation that provides fundraising solutions, marketing strategies, technology innovations and data and analytics services to more than 230 public radio and television stations. As a 20-year veteran of public broadcasting development, he has extensive experience in database management, membership development and identifying effective fundraising practices.