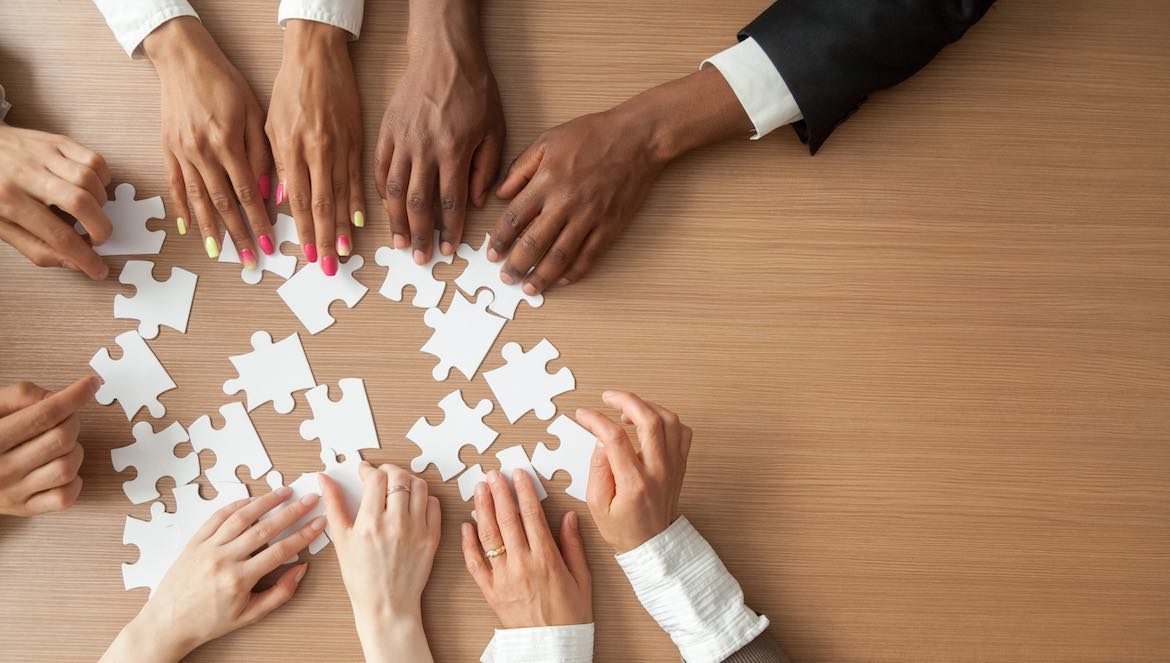 NPR is refocusing its strategies to collaborate with stations on major-gift fundraising, taking lessons from previously unsuccessful attempts to develop a new approach built as an equal partnership.

It’s been more than 16 years since Joan Kroc’s historic gifts to NPR and KPBS in San Diego reset expectations for collaborative fundraising’s potential to transform public radio. Despite multiple attempts by different leadership teams at NPR, efforts to work with stations to raise major gifts have faltered. Participants and observers point to issues that include distrust about sharing donor information, limited resources for major-gift fundraising and turnover in key leadership positions at NPR.

Now leaders from NPR and 15 member stations are hopeful that a new fundraising pilot can define a successful model for working together to raise money.

A key difference with the latest collaboration is an agreement to build it together, according to participants.

NPR “came to the table in a full spirit of co-creation rather than saying ‘NPR has these ideas that we think will be best for collaborative fundraising’ and then trying to loop stations into that and get buy-in,” said Tim Prestridge, senior executive director of development, during a February NPR board committee meeting in Washington, D.C. That approach “has failed us in the past,” he said.

Board members are well aware of the shortcomings of earlier attempts. Paul Haaga Jr., a retired venture capitalist and NPR board chairman, asked Prestridge during the meeting what makes this pilot different from previous initiatives.

“We’ve talked forever about collaborative fundraising,” Haaga said. “We fundraise and, each time, by our own admission, underachieved.”

Three NPR directors whose stations are participating in the pilot also spoke up during the committee meeting. Each of these managers shared observations gleaned from the first meeting among pilot stations and NPR, which was held in Dallas in February.

“It didn’t feel like it was NPR pulling us together. … It very much felt like it was the stations coming together as a true coalition of the willing,” said Wonya Lucas, CEO of Public Broadcasting Atlanta. “And you say that all the time but, honestly, I thought there might be a fox in the henhouse. But there was no fox.”

Nico Leone, CEO of KERA in Dallas, said representatives of pilot stations and NPR also agreed “to say there’s no such thing as ‘owning a donor.’ Donors own donors. The best we can do is communicate our approach and follow their intent.”

“One big difference was a recognition that philanthropy is done on a case-by-case basis,” said Joyce Slocum, CEO of Texas Public Radio and former chief administrative officer of NPR. The meeting wasn’t set up for NPR to present a single case statement for stations to take to their donors, she said. Pilot participants agreed that approach would be ineffective.

This time around, NPR is emphasizing that stations are its equal partners in building the collaboration.

NPR designed the pilot as a “co-creation process” with participating stations, Loren Mayor, then president of operations at NPR, told the board’s membership committee during a separate meeting in February. NPR and stations will work to develop a shared understanding of what it means to fundraise collaboratively.

Bridgespan, an outside consulting group, facilitated the February meeting of pilot stations, Mayor said. The agenda focused on developing “big ideas” for collaborative campaigns around topics like civic engagement, media literacy, climate change and equity and inclusion. The stations and NPR also discussed the practicalities of how they would work together.

“We set some kind of top-line goals, which included establishing trust within the group, broadening participation in collaborative fundraising, and securing collaborative gifts for all stations,” Mayor said. “We set principles we want to use going forward, and those principles included things like transparency, having a donor-centric mindset and ensuring a fair process.”

The next steps for the group are to develop a steering committee and task forces to work through issues such as fundraising guidelines, accountability, metrics and data privacy, Mayor said.

Pilot participants aim to “run on two paths simultaneously” and flesh out their fundraising strategy while making collaborative asks to donors, Mayor said. They hope to make progress while testing which approaches and tactics “could then inform the bigger strategy.”

One key decision rests with NPR: hiring a chief development officer who will last in the role.

NPR is in the midst of recruiting a new CDO. The position has been vacant since June, when Stephanie Witte left the job. She worked in the role for less than three years under NPR President Jarl Mohn, who stepped down last year. Witte’s predecessor, Monique Hanson, was recruited by former NPR President Gary Knell and served in the role from 2012 to 2016.

Tom Karlo, GM at KPBS in San Diego, said the lack of continuity in the CEO and CDO positions at NPR “hurts a little bit on long-term relationships” with major donors. When new leadership comes in, “you’re beginning to reinvent the wheel,” he said. “… It takes a while to develop a relationship with potential prospective donors.” Karlo was associate GM of KPBS when the station facilitated the relationship between Joan Kroc and NPR, an introduction that led to her bequest.

The station, a joint licensee owned by San Diego State University, went on to build its collaborative fundraising prowess with PBS and the Masterpiece Trust at WGBH in Boston. That public TV fundraising partnership secured seven-figure gifts from longtime supporter Darlene Shiley. “There has been continuity and stability in those CEO positions that I think has helped us build better relationships with donors,” Karlo said, referring to his colleagues at PBS and WGBH.

Other station leaders described a need to develop major gift fundraising skills and capacity across the system — another longtime fundraising aspiration for public radio and TV.

Mark Vogelzang, CEO at dual licensee Maine Public, worked as NPR’s CDO in 2009. He has witnessed stations’ reluctance to let NPR leaders talk to their major donors, he said. When he was at NPR, Vogelzang met with a station CDO about approaching a top station donor for a collaborative gift. The station CDO refused to participate, saying that if the donor wanted to make a large gift, “we want that gift to come to us,” he said.

Some station leaders think, “‘Hey, we’re already paying NPR a lot of money, why would we fundraise with them and split a gift?’” Vogelzang said.

WPR’s Crane sees NPR’s structure as a federated system of independent stations as a source of tension over the years, because national and local priorities often compete.

But he said that Bridgespan, the consultant group working on the collaborative fundraising pilot, “laid out that the nonprofit federations that figure it out can find themselves doing much better than we feel we’re currently doing,” he said. “That gives me a lot of hope that it’s a matter of our figuring it out as opposed to it being impossible to do.”

Vogelzang thinks public radio must set more ambitious goals for major gifts and create case statements that allow fundraisers to make much more specific asks to donors. For example, he said, stations and NPR could collaboratively fundraise for a $2 billion endowment that would help stations pay their dues to NPR.

“We think in terms of pledge drives,” Vogelzang said. “The problem is … we ask for so little, and we as a public radio system set the bar so far too low.”  Many stations request major gifts of $1,000 from individuals who are capable of donating much more, he added.

Greater Public is working on a separate track to help build major giving know-how and best practices at stations.

In a pilot that launched last year, the training organization for public radio fundraisers partnered with Veritus Group, a major-giving consultant, on a two-year project that aims to build major-giving programs at four stations: Colorado Public Radio; WHYY; WCMU in Mount Pleasant, Mich.; and WAMU in Washington, D.C.

The idea is to create a major giving “road map” that “has been proven to be successful” through Veritus’ work with other types of organizations over many years, Greater Public CEO Joyce MacDonald told Current. Stations receive feedback and support as they follow the road map.

“Getting to transformational gifts takes time,” she said. Pilot stations are already finding that the Veritus system helps them convince current donors to upgrade their gifts, she said.

“The challenge for folks in some cases is having the resources to either devote staff to major giving or to carve out enough time on the part of a development director or a general manager,” she said.

She quantified the potential for major gift fundraising in public radio as “hundreds of millions of dollars.”

The public radio system has been “so membership-focused for so many years that major gifts was a secondary thought,” he said. “And for a lot of stations, they just simply don’t have the capacity to do major-gift fundraising in the way that we really need to as an entire system.”

He added: “That is absolutely one of the things we need to look at and address on a long-term basis — how do we rightsize the resources in order to truly leverage the amount of potential that’s in the system?”

An earlier version of this article reported that CPB funded the major-giving pilot created by Greater Public and Veritus Group. CPB‘s grant supports the online training for stations that aren’t in the pilot.